Welcome back to the community interviews! Dad gave me the keys to the family car and now we make this a super official interview in the same account as the likes of Law and Marche and that other guy!

StriderHoang: So Dreamweaver, how did you end up on Dtoid? Even when did you join?

Dreamweaver: I don’t remember the exact date — think it was in 2009 though — and I don’t know what exactly brought me to Destructoid, but the story I’m sticking with is that I wanted to read a game review of some niche title, and Destructoid was the only one who had any coverage of it at all. So I figures I’d bookmark the site and see what other little gems they could show me.

StriderHoang: So anything else worth mentioning about what kept you here? Jim? Corgis? Dicks?

Dreamweaver: The writers, the funny articles, and the weird personalities definitely kept me here. It was refreshing to find a site that has this… cavalier attitude that was different from all the “straight from the press release” sites that you could find anywhere else. Other than the community, it’s the other sort of appeal this place has over anywhere else.

Dreamweaver: I know it’s a polarizing opinion, but I’d still say Undertale is among one of the best titles I’ve ever played. I know it isn’t for everyone, but the game single-handedly did almost everything I wanted a video game to do, so in a sense, it’s been a… “dream” game. 😛

Dreamweaver: As for consoles, I can’t say I have a particular favorite mostly because I’m more about the games than the system itself.

StriderHoang: I will fight anyone who hates Undertale

Dreamweaver: Which is the opposite of what the game wants you to do. 😛

StriderHoang: Then again I played it while I was in a drag of unemployment, so not everyone has the same experiences

Dreamweaver: Unfortunately, I have to say the same. T^T StriderHoang: If you could meet any Dtoider to do anything, who would it be and for what?

Dreamweaver: I knew this question is coming, but I don’t really have a proper response. I know I’d like to hang out with a BUNCH of people like the always-awesome Occams, the pleasantly-perverted Mike Martin, the handsome homies SeymourDuncan, Gajknight, Nekros, etc…. but I have no idea what we’d do. I’m a pretty… “closed” person? I dunno what I’d use to describe myself.

StriderHoang: Would you object to simple gaming with them? [y/n]

Dreamweaver: Nah, that’d be cool with me.

StriderHoang: Do you drink? Sounds like a lot of Dtoiders would love to just shoot the shit with you. Actually, screw the drinks, that’s not obligatory.

Dreamweaver: I don’t drink, actually, which is surprising considering almost everyone here seems to drink. But yeah, I wouldn’t mind just hanging around talking about how hot the strippers are.

Dreamweaver: I didn’t even know that was a thing! I’ll be on the lookout!

Dreamweaver: Wanted to try hard lemonade too, but I never got around to doing that.

Dreamweaver: I’m definitely a fan of gingers, if you know what I mean. 😛 Seriously, I’ll keep an eye out next time I go shopping.

StriderHoang: What was your favorite moment from Undertale then?

Dreamweaver: As for Undertale, the absolutely best part of the game to me is hanging out with Undyne. The whole scene is just silly, and showcases everything I love about the character. There’s no way you can watch that scene without a smile on your face.

Dreamweaver: Unless, you know, someone taped it shut. Bastards.

StriderHoang: It’s the best because anime is real, right?

Dreamweaver: It better be.

Dreamweaver: Also, I HATE having to break the truth to Undyne. It hurts me so much when she gave me the puppy dog eyes.

StriderHoang: The truth? I told her anime is real. Because it is. Human history is basically anime. 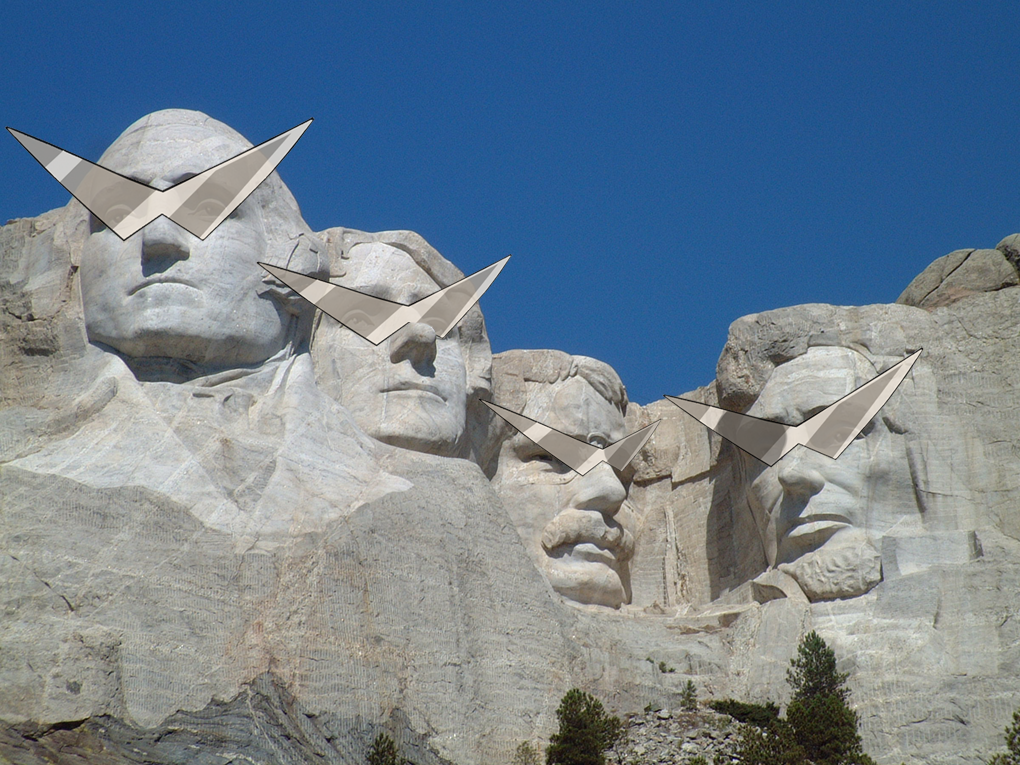 Dreamweaver: I mean, if you wanna go all “South Park: Imaginationland” on me, then anime IS real. But in the context that Undyne was asking, I felt like she should know there aren’t people running around with gunswords. Just boring ol’ guns. In America.

StriderHoang: How did you first find out about Comments of the Week and what made you want to take it up?

Dreamweaver: Apparently, I first found out about Comments of the Week when I went to do a prototype of the newly revived series. I had to look up the older editions of CotW to see what the template was like, and then memories of reading these years ago kinda came back to me. I don’t want to get all hammy and say it was fate, but it seemed “right” that I should bring it back.

StriderHoang: Oh, so you basically heard about it after you decided to do your own CotW from coincidence?

Dreamweaver: Well, no, apparently I used to read the old Comments of the Week, it’s just that I didn’t remember that I did until I went back to look at the old editions. Kinda like how you stumbled onto a photo album and say to yourself “Hey, I remember that day!”

StriderHoang: Known all along it was your destiny.

Dreamweaver: The one edition that I keep remembering was the one with a bunch of gender-swapped Links.

StriderHoang: Let me back up because I always forget this question: how did you come up with your handle?

Dreamweaver: I’ve always been fascinated by dreams, so I usually try to incorporate them in virtually anything. I chose Dreamweaver as my favorite title because my “dream” is to become a “dreamweaver” by not only making my dreams come true, but also inspire people to make their own dreams. I feel like, if I ever got famous, it’d be an awesome thing to tell people.

Dreamweaver: Gosh darn, that was an amazing track to an amazing boss fight.

Dreamweaver: Probably my favorite fight in the whole game.

StriderHoang: All the different final fights across the endings are hard to choose from

Dreamweaver: I wish I had the skills to fight against “you know who,” but from what I’ve seen on YouTube, it’s too intense.

Dreamweaver: I actually don’t think I’m as perverted as some of the other community members. Maybe I have oddly specific fetishes, but I think others can rightfully claim they’re bigger perverts.

StriderHoang: Ok, so what would you pick?

StriderHoang: Personally my favorite circle is Crimson comics or Carmine. That’s an artist, not anything specific, but he used to do a lot of doujins of popular series. Nowadays he does original stuff for probably obvious reasons.

Dreamweaver: I don’t believe I’ve heard of Carmine, but if Crimson comics are what I’m thinking of, I feel like I’m getting blue balled when I read them. Very light on the graphic sex. My favorite artist may be Abubu for his shading and… taboo pairings (hint: don’t even search for his stuff) and my favorite “group” is probably Lolita Channel for their varied artists and works.

Dreamweaver: Sometimes, Lolita Channel can get VERY close to the anime’s original art style, which is a huge bonus.

StriderHoang: I’ve never been able to find Lolita Channel’s stuff in any sensible organization. The tagging and SEO is almost always random or just lazily shuffled into misc. It’s a downer and I wish they were easier for me to find.

StriderHoang: I usually just find them scattered around danbooru.

Dreamweaver: You may want to use an adblocker and virus protector if you want to go there though.

Dreamweaver: Never heard of them, but I’ll be sure to look them up.

StriderHoang: Is it possible for you to pick a favorite character?

Dreamweaver: Considering I can’t even pick one waifu, I doubt it. The closest would probably be… myself, in games that allow me to be a version of myself anyway. Like Mass Effect, Dragon Age: Origins, etc.

StriderHoang: I mean, waifu implies something honorable or even pure or at least good intention. This question isn’t limited for waifu context.

Dreamweaver: Are you insinuating my love isn’t pure?

Dreamweaver: HOW DARE YOU!?

StriderHoang: I TREAD WHERE ANGELS FEAR

StriderHoang: I leave my shoes on when I enter a guest’s home *hiss*

Dreamweaver: I DON’T KNOW ABOUT ANGELS, BUT ITS FEAR THAT GIVE MEN WINGS!

StriderHoang: Nami from One Piece is a personal choice of mine. 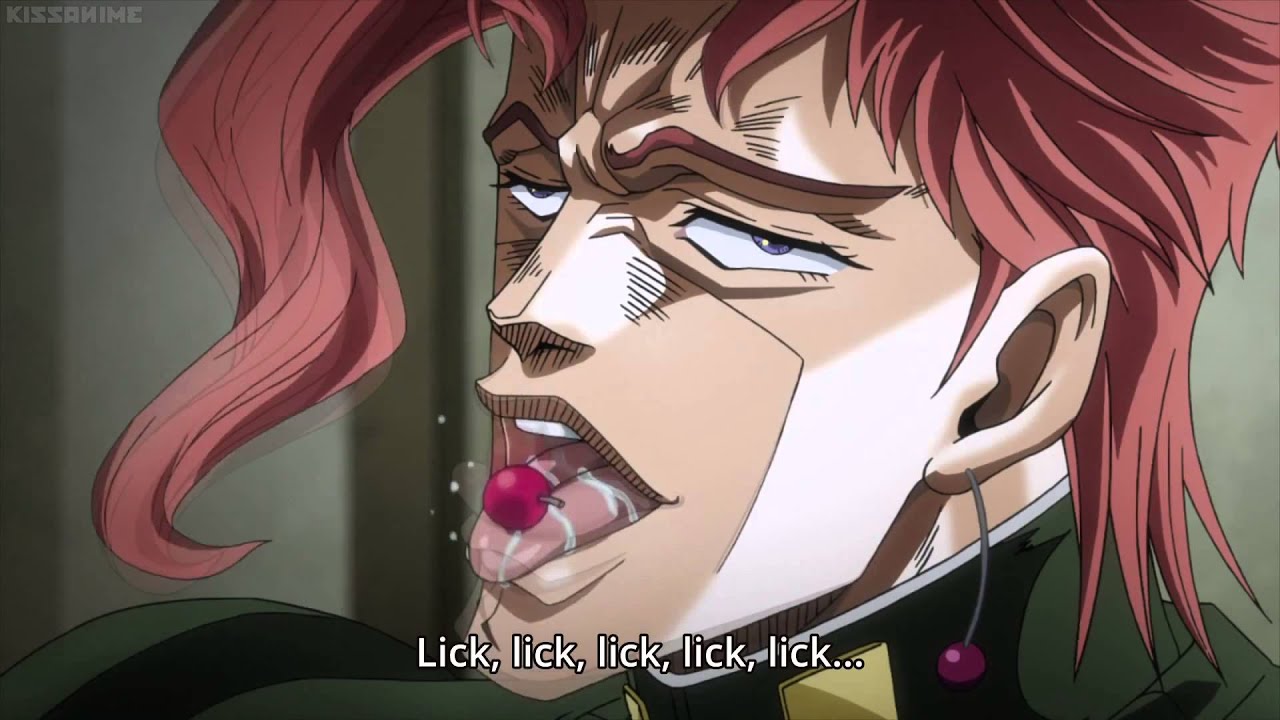 Dreamweaver: I wish Lolita Channel would dabble in League a bit. I think Reiq did some work, although I don’t like some of the pairings, like Katarina and Dr. Mundo. He’s got the huge penis, but that face — ay dios mias — no.

StriderHoang: Second to last, any ideas for a personal title or headline to represent you?

Dreamweaver: Give me an example.

Dreamweaver: Considering the meaning behind the title, I think it represents me quite well.

Dreamweaver: I did not have sexual relations with that woman.