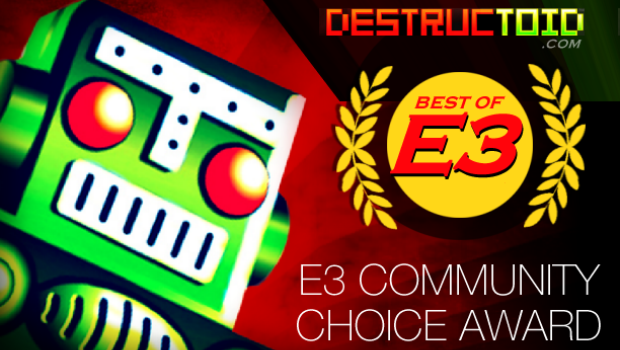 [Update: The poll closes Sunday at midnight, so vote now if you haven’t already!]

It’s that time of the year again! With the Big Three press conferences all behind us and the hype train now charging down the track at full steam, it’s time to pick your favorite game of E3!

We’ve had our hands on dozens of games over the last few days and weeks — some brand new, some announced ages ago — but only one is destined for the coveted Destructoid Community Choice Award. Choose wisely!

For a refresher of much of what’s been announced, click below for recaps of all the major press conferences, or just visit our E3 hub to see it all:

Decided? Good! Now hit the jump and cast your vote!

Don’t see a game you think should be in the poll? Leave a comment with your suggestion and we’ll add it!