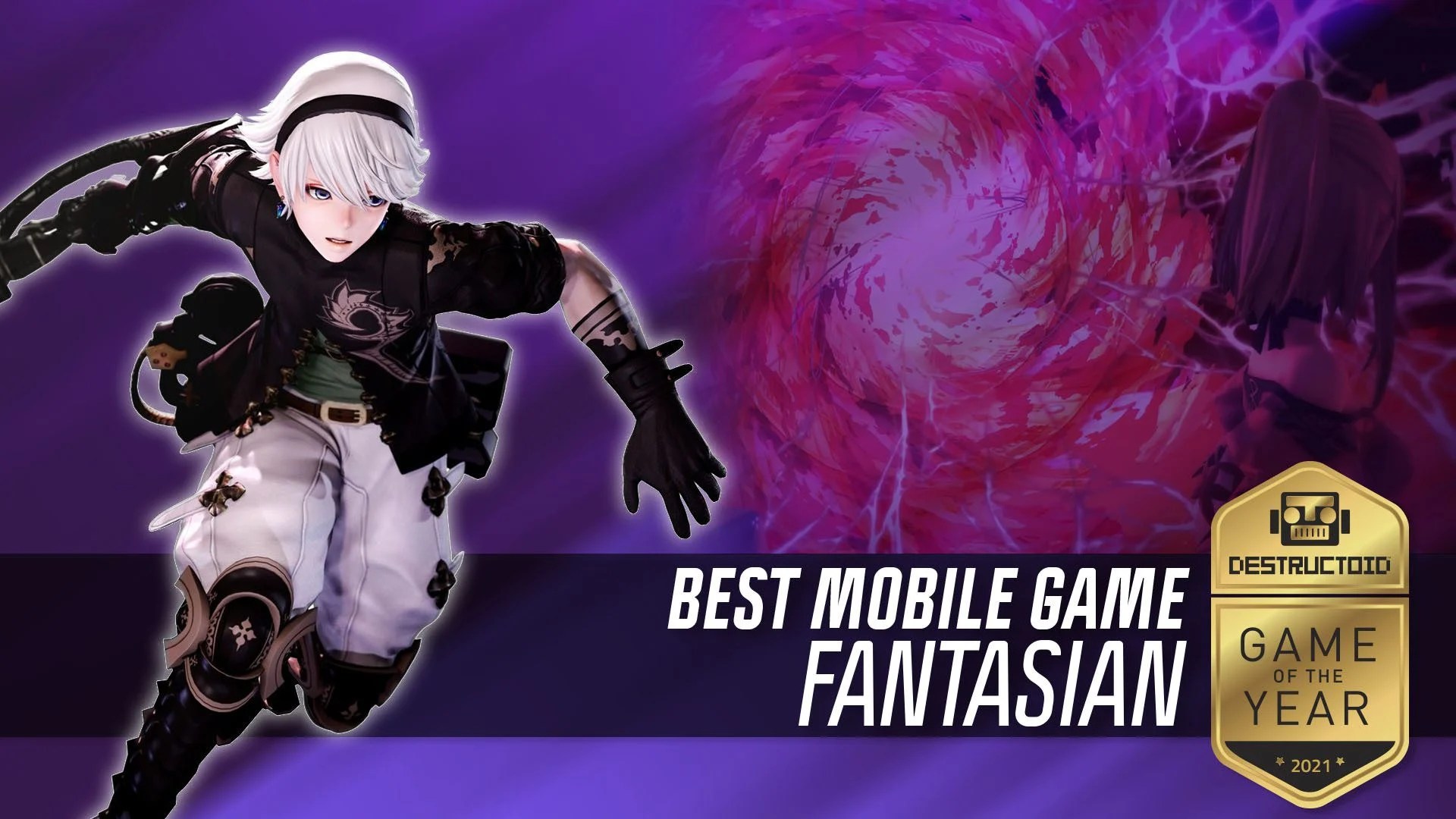 Give me a moment here while I delete the four paragraphs I had written about Pokémon Unite, so sure it would easily sashay away with the award for Destructoid’s Best Mobile Game of 2021.

Mistwalker has had an interesting life up to this point. It started out strong with a slew of projects, including a trio of Blue Dragon titles, Lost Odyssey, and The Last Story. As enjoyable as at least two of those games are, the company couldn’t produce a hit the size of the games studio head Hironobu Sakaguchi was known for. As the father of Final Fantasy, I think the industry had big expectations for the studio he founded after parting ways with Square.

However, following The Last Story, it seemed like Mistwalker would be doomed to compete in the rat race that is the free-to-play mobile marketplace. Terra Battle proved to be a decent-sized success, lasting six years before being shutting down, but its two successors quickly faded into obscurity. Thankfully, the developer had another project in its back pocket, and in 2019, the world was given its first look at Fantasian during the introduction of the Apple Arcade subscription service.

A return to roots for Sakaguchi, Fantasian was designed as a classic, narrative-driven RPG the likes of which he perfected back on the SNES. While it is a throwback through and through, he also wanted it to be forward-thinking. Enter the Dimengeon System, which allows players to bank a number of random battles into one, long fight. A brilliantly executed idea, the Dimengeon System is arguably the most exciting concept to hit JRPGs since games started showing enemy encounters on the map. Couple that with a painstakingly detailed world comprised of miniatures and a brilliant score from Nobuo Uematsu, and you have the best game currently available on the Apple Arcade service for classic gamers like myself.

Hironobu Sakaguchi has hinted at the possibility that Fantasian might be his last game. If it is, I hope he knows he was able to end his career with a wonderful contribution to the gaming landscape. So, congratulations to Sakaguchi and the entire team at Mistwalker. Fantasian is an absolute achievement and easily deserves the title of Destructoid’s Best Mobile Game of 2021.