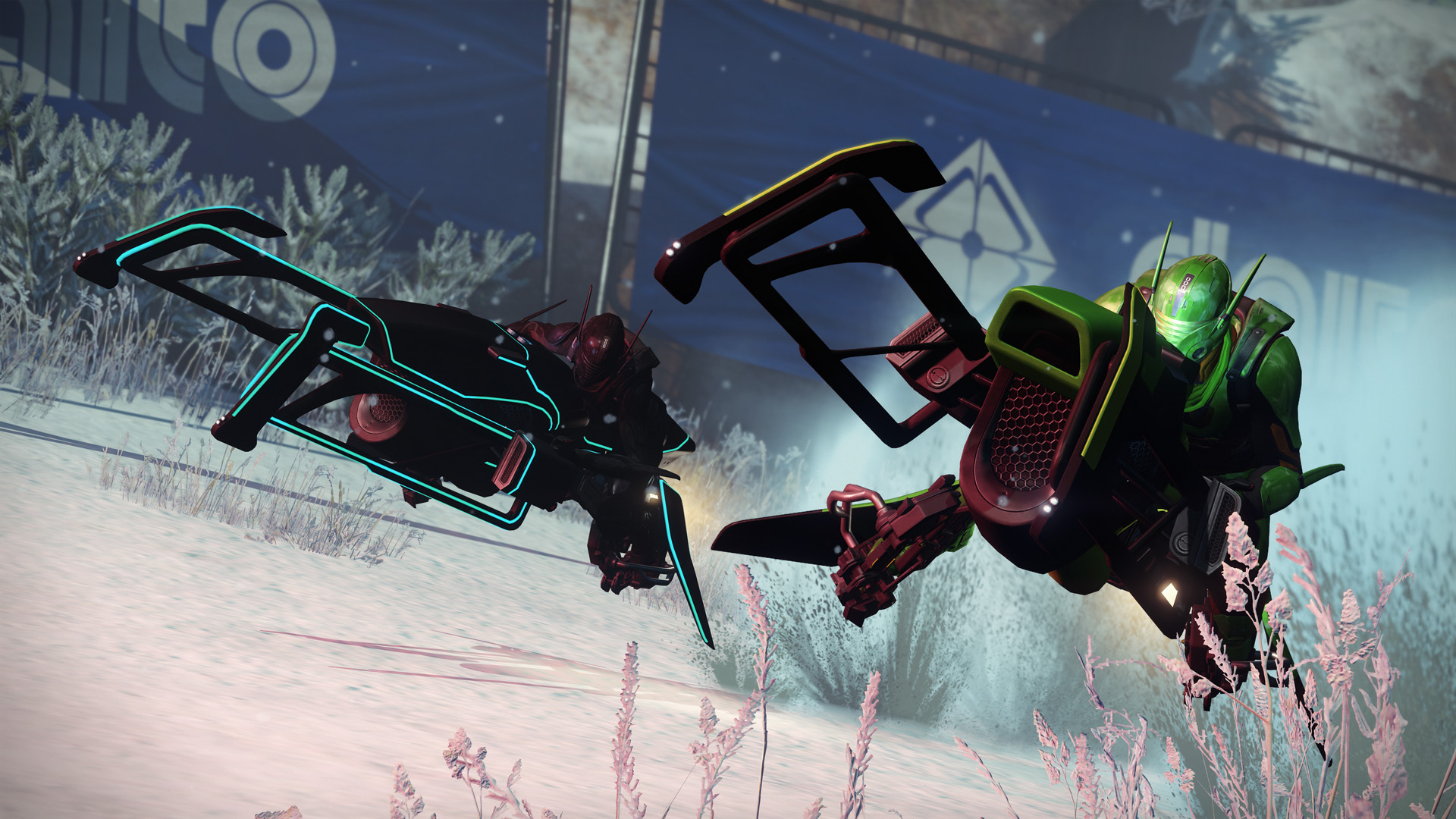 But what do I know?

I’m not the Destiny dude around here. That’d be Chris or Darren. But I was the one at PSX over the weekend, so I am control of the #content around here and decided I was gonna try Destiny‘s two new Sparrow Racing League maps. Did I overcome my lack of Destiny knowledge and destroy all the people I was playing against, including Modern Family‘s Luke, weirdly enough? Fuck naw!

I slooooowly made my way through the two new levels, Haakon Precipice and Shining Sands. Haakon is a snowy mountain peak with sharp turns and enemies feebly blasting at you as you glide by. The Shining Sands map is fraught with obstacles, like spinning tunnels with outcroppings that can make you go boom and huge jumps that launch you over caverns. Again, I’m not a Destiny boy, so I didn’t know what to expect from this racing mode, but found it surprisingly fun.

There’s an unexpected depth to it, with boost gates that you have to slalom through (which get smaller the higher up you are in player position) and tricks that you can do to earn little fart-dashes that can help you around small hazards. The sparrows themselves handle tightly enough for this to feel like more than just a slap-dash addition.

Of course, you can also earn new gear by doing this. I have no idea what that includes, but Darren seems to have covered it here. Destiny‘s December content, The Dawning, begins December 13.