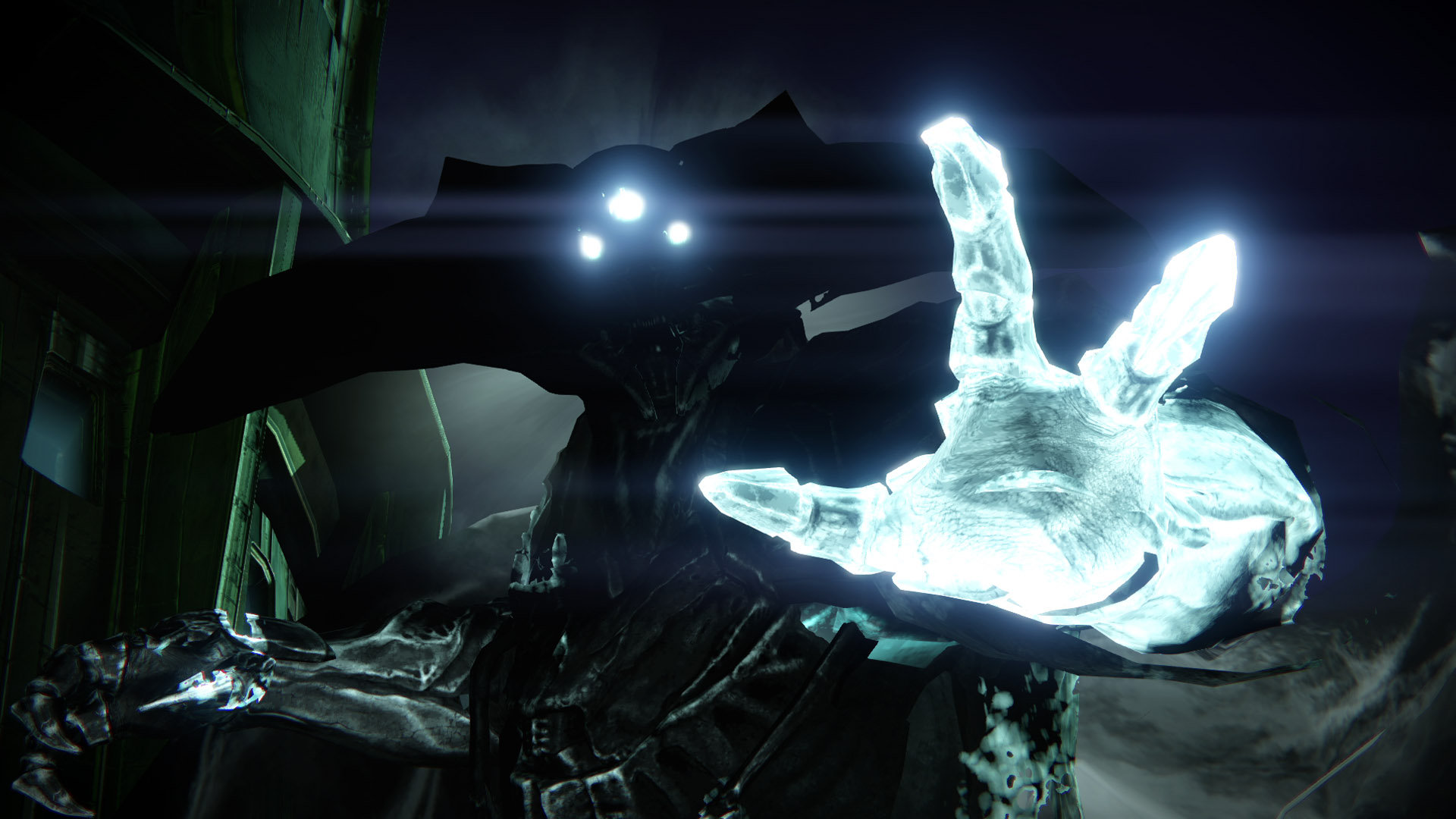 Destiny has noticeably improved since The Taken King dropped. This is partly because there’s a lot more to do than just grind the awful Prison of Elders activity from the last bad expansion, but additionally, the game has gotten much more hardcore.

It’s great news for me and my group of comrades, but I’ve been seeing a lot of people cut back on their playtime lately. 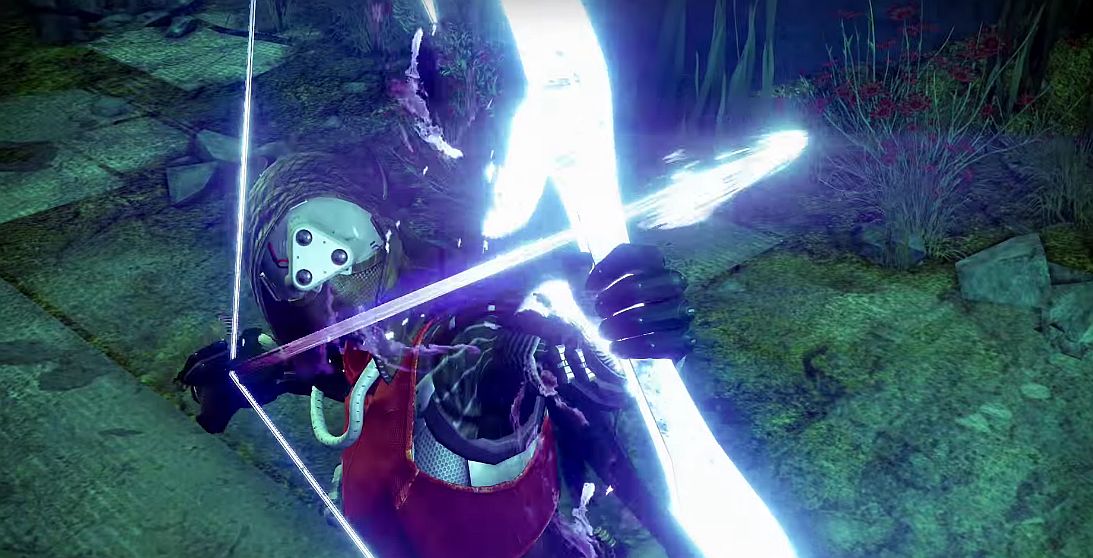 People often note that “I haven’t given Destiny a chance” when I talk about its shortcomings, and I kind of die on the inside hearing that. I have every Year One Exotic, every piece of raid gear (both armor and weapons, including primaries) for all three classes, and I’ve completed all of the Year One Moments of Triumph. As of this week, I’m working on my third Exotic sword and fourth Oryx clear.

Let me explain my situation a bit. I have a group of MMO friends that I move from game to game with. When we settle on a title, we go in, and surgically crush its PvE content into oblivion. Sometimes we splinter off and try different games, but after each expansion, people usually move back to Destiny for a while. Destiny isn’t an MMO by any stretch of the imagination, but other dungeon crawlers like Diablo fall into our purview too, so it’s fair game.

Yes, it is fun to play with friends, despite its many, many shortcomings. But thankfully, The Taken King, along with the drip feed of Year One quality-of-life updates, has made Destiny much more enjoyable. But I say that with the perspective of a hardcore raider. A lot of my casual friends are not having a good time. Let’s look at why. 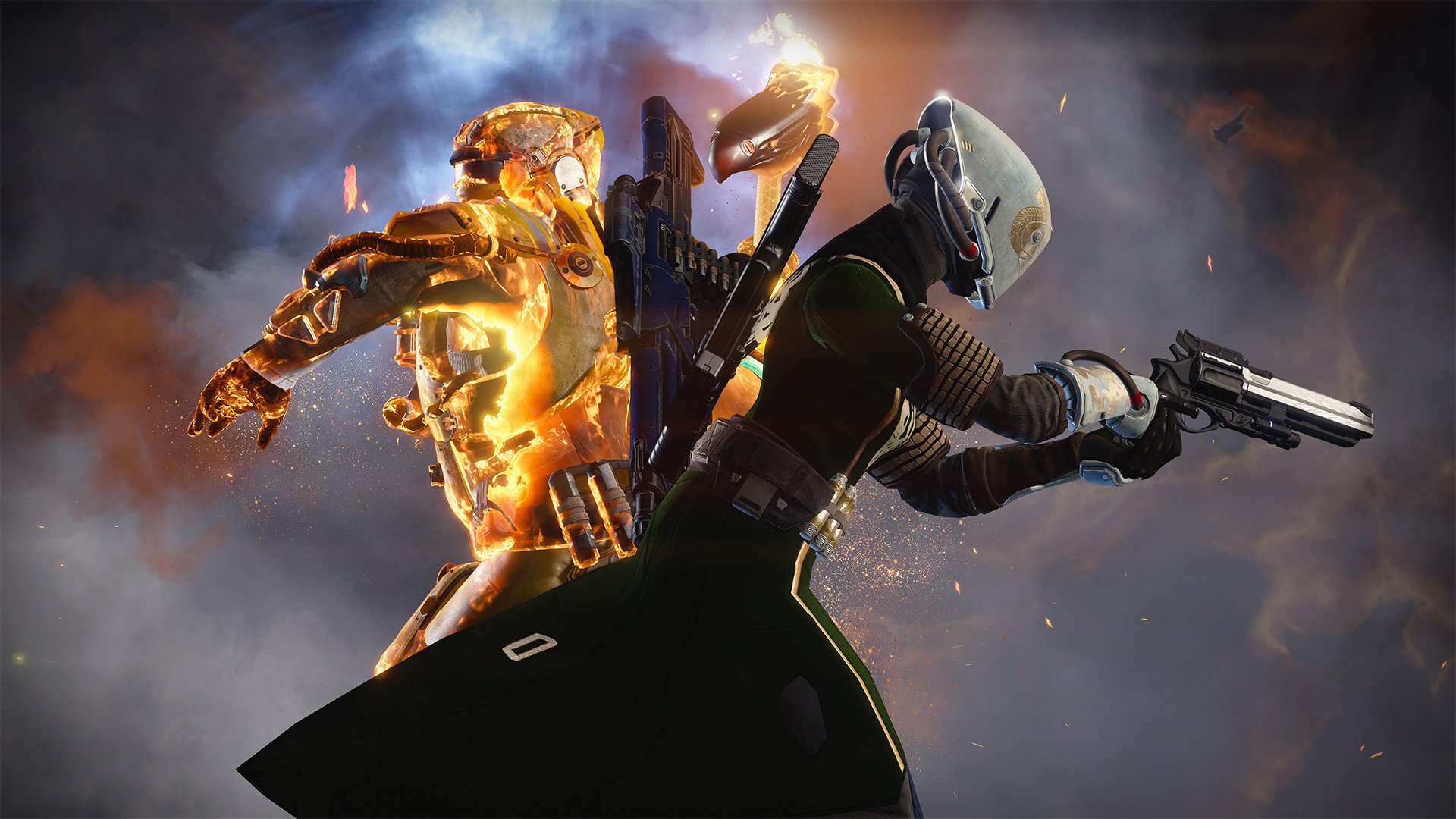 After taking an impromptu Twitter poll earlier this week, I saw that many players still hadn’t partaken in a lot of endgame activities, mostly because they couldn’t find anyone to play with. Raids, Nightfalls, and all of the post-game quests do not have any matchmaking capabilities. Instead, they’re left to try their luck on sites like LFG.net or reddit Fireteams. As an outgoing person, I’m completely okay with filling out a team member or two using these tools, but most people want an in-game solution.

Bungie could address this in a ton of different ways. Yes, endgame content is by definition tough, so matchmaking may be hard to do, but what about actually making the game more…social? Open up the Tower to more players, and have the lounge area actually do something. Make it a hangout for players “looking for groups,” complete with billboards and a full-on LFG system built in.

Players could look at terminals, post what activities they want to do along with their Light level and class, and it could automatch accordingly. This would alleviate the issue of matchmaking in one fell swoop. 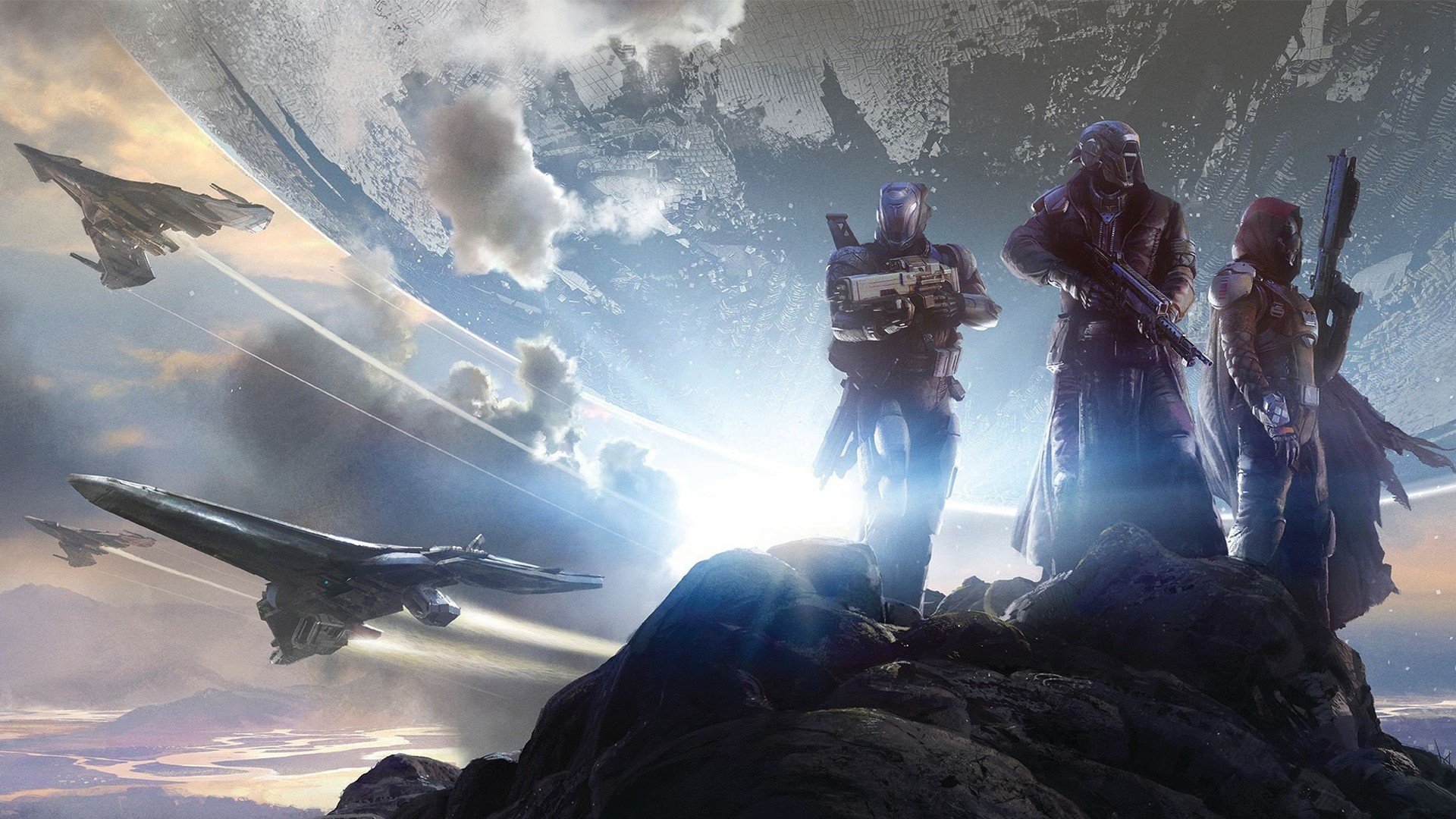 Raids are still the only way to max out your character

Certain players don’t want to raid because they aren’t comfortable, and I don’t blame them. Bungie doesn’t make anything clear for newer players in terms of what to expect from raids, or how to acclimate to the pressures of a six-man group. Many of those issues could be solved by a training session of raid mechanics, on top of a “Sherpa” system that could be built into the Tower groups idea.

Because in the end, players will need to best King’s Fall to get the good stuff — the post-level-300 items, which will be necessary for the presumed Hard Mode version. Some 310 Exotics can be picked up here and there from bonkers questlines (more on that later), but for the most part, players will find themselves stuck teetering below 300 without going to face Oryx.

I definitely think, as a raider myself, that raid gear should be special, but many multiplayer games out there have equivalent gear that can be earned with enough tokens. Right now, the vendor gear only goes up to 280. It could stand for an increase. 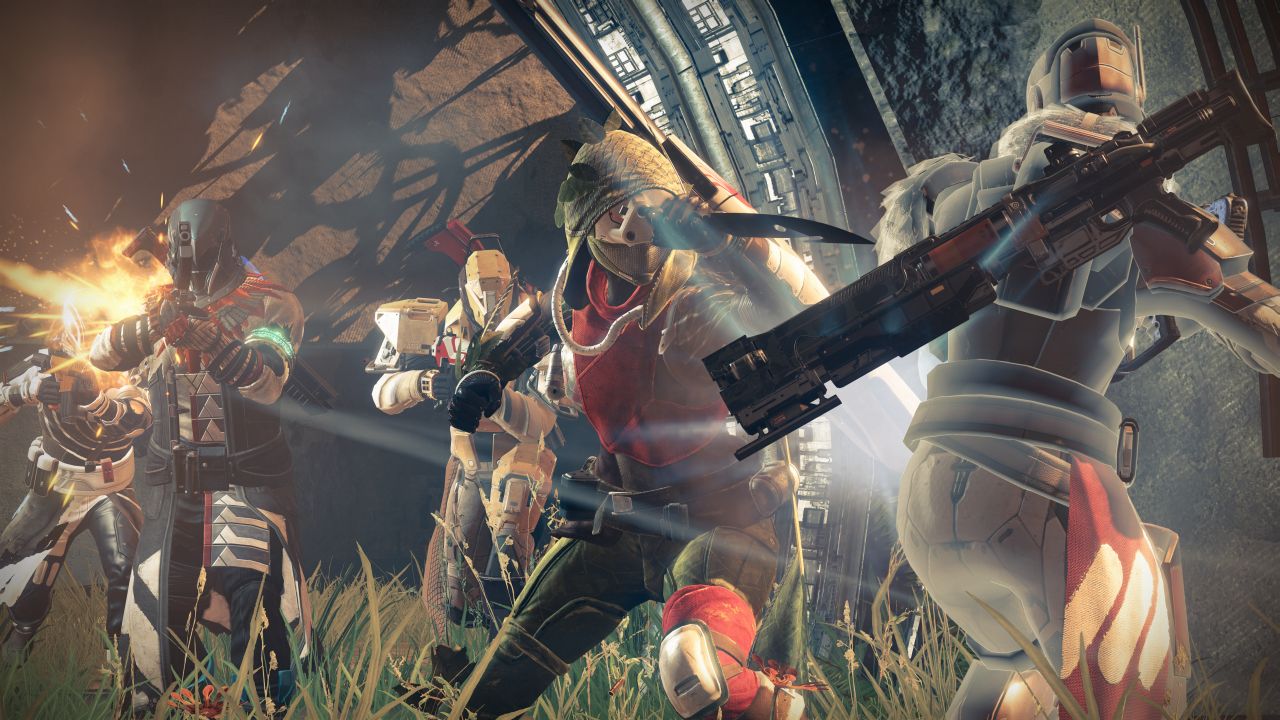 With Year One, players had a Light level that was indicative of the armor they wore. It was simple to understand after a few hours of max-level play, and you only needed to manage four pieces of gear to maintain it. Now, Destiny has three more equipment slots with Light on them (Ghosts, class items, and Artifacts) and weapons also play into your Light ranking. Things can get real confusing real fast, but I’m noticing a trend where players “fake” their Light and switch back to their weapons of choice.

For instance, some people might have a Light 280 shotgun, but a particular mission almost exclusively calls for sniping. Since players only have a 220 sniper and would “look bad,” they equip the shotgun, pass for 280 Light, and switch back once the mission starts. Now, the old way wasn’t perfect either — armor was limited in that you could only wear pieces that had higher Light ratings on them. This has been alleviated by the ascension mechanic, which lets you rank up gear of your choice by sacrificing other items to it.

But tying that same principle to weapons has had mixed results. Since Light influences how much damage you do and how much you take, even just a few points can make a mission that much tougher. By limiting players who may not be comfortable with certain loadouts, Bungie is forcing people to use specific pieces of gear, and that changes the entire way the game is played. It’s the same problem, amplified.

All the new system has done is made the game more elitist by adopting a Gearscore mentality. Having played MMOs since Ultima Online, I’m used to it, but many people are turned off by it. Allowing more flexibility with the weapon side of things would help. 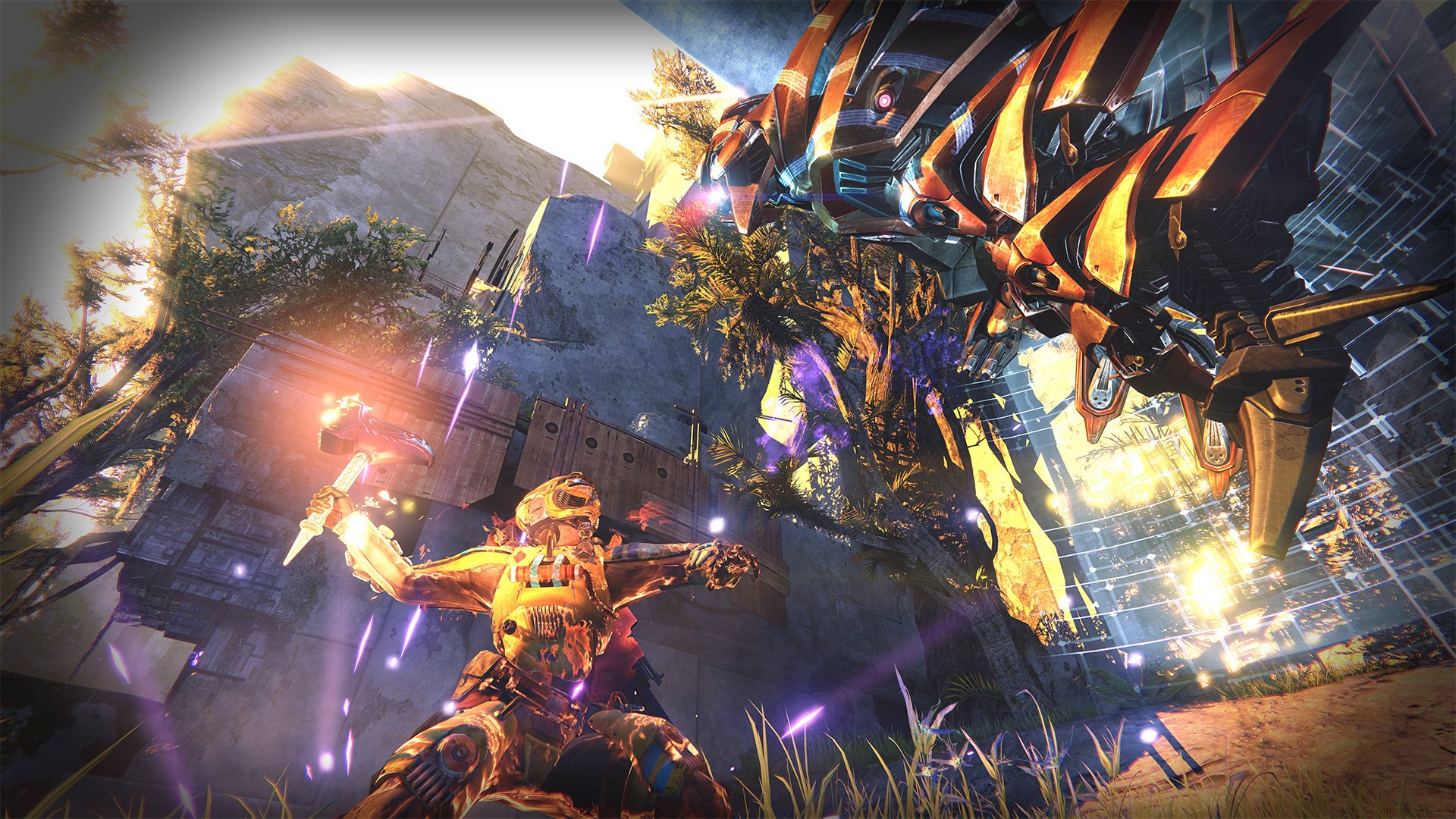 Some of these new quests are off-the-wall hardcore

Now, this is actually my favorite aspect of The Taken King. There is so much more end-game content now, with hidden tidbits like the Black Spindle quest or the aforementioned Exotic sword questline. But all of those come with a price — extreme amounts of grinding or crazy-high difficulty ceilings, both of which aren’t viable options for casual fans.

Take the Exotic sword mission. After completing a bunch of busywork, players will eventually come to an impasse — the grinding step. Here, they’ll have to down over 500 enemies with abilities in line with the element of their sword of choice, and attain 10 special resources, hidden within drops of Helium Filaments, Spinmetal, or Relic Iron.

Oh, 10 resources, that’s not bad, right? Well, it really is. For this particular quest, you’ll have to acquire resources within resources, which are said to drop at a roughly 5% rate. For my first sword, it took me over two hours straight of grinding, and I knew the routes from playing so much of Year One. For my second sword, it took five hours. Then you have to do a Strike that requires everyone to be roughly 300 Light (20 more than raid-ready). If my group wasn’t so hardcore, I wouldn’t even go for the third.

Bungie has claimed in the past that it doesn’t want to make players grind, but it has introduced such a boring task here that so many people won’t do it out of principle. Which is weird, because the Exotic sword is an essential item for a number of reasons and completely changes the way you approach most content (I highly recommend getting one for the Court of Oryx — to quote a great 20th century philosopher, “it is… so choice”).

The Black Spindle isn’t easy for casual players to get, either — the quest nearly requires a full three-person fireteam of raid-ready team members. And forget doing the Court of Oryx’s third tier by yourself, or even with a public group. 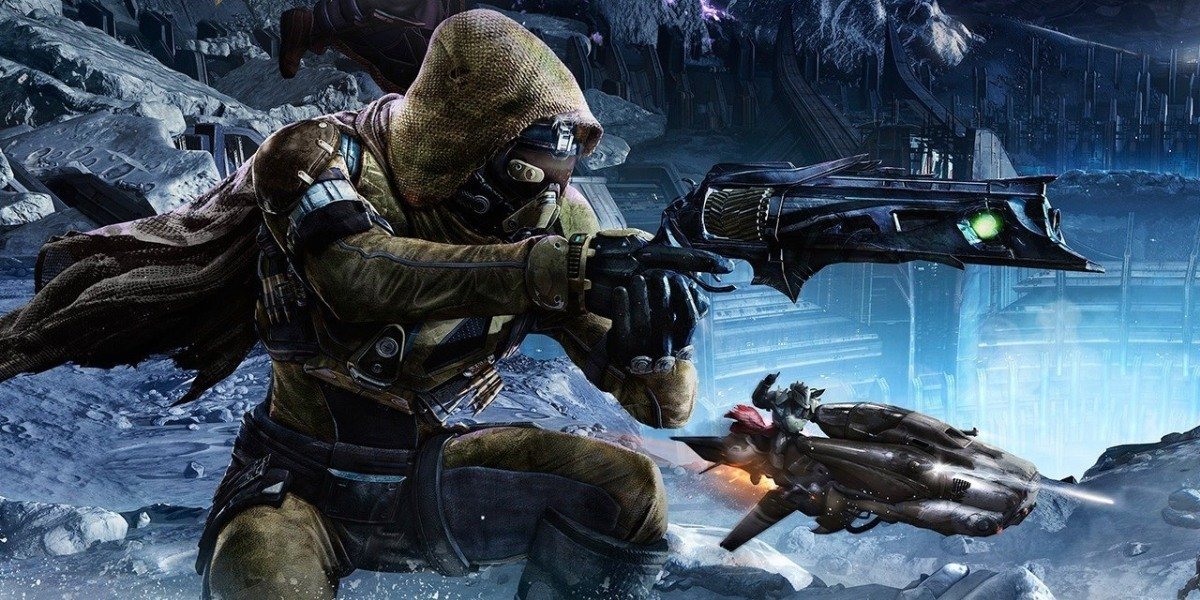 Destiny is still growing as a game, and it’s not quite there yet

It’s clear that Bungie still doesn’t know what to do with Destiny. On one hand, the developers claim “they don’t want to revisit legacy content,” but many of the old Strikes have been re-done with a Taken flair. To go ever further, these select Strikes have been hand-picked for a zombification of sorts, while others are eliminated entirely lest you play the useless, no-incentive legacy playlist. Bungie also notes that it wants to be welcoming to new players, but gates most of its meaningful content behind a lack of matchmaking services and grindy, exclusive questlines.

The game is much better than it was, but it has a ways to go. In some ways, the entire Destiny experience feels like a beta test for the sequel, which is reportedly going to drop next year.