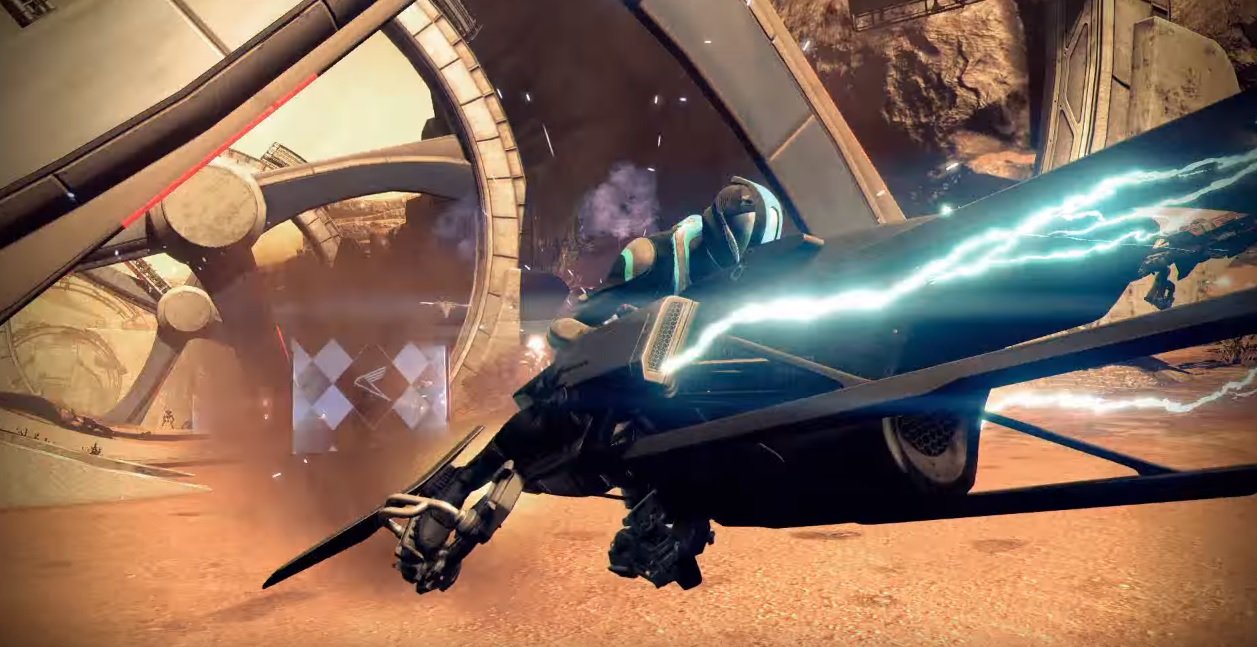 Out for three weeks

Bungie laid out its plans going forward for Destiny today. Instead of providing full expansion-like experiences, they’re going to be focusing on micro-events, like the Festival of the Lost Halloween activity at the Tower a few months back. The newest addition is Sparrow Racing (SRL), which is available today to play for three weeks, until it’s shelved again.

It’s…fun to play once or twice, that’s about it.

Right now, there are two tracks available — one on Mars, and another on Venus. That right there should clue you in as to the small scale of this hyped up event that was unveiled at PSX last weekend, and after a few hours with it, I’m basically done.

Core rewards include Sparrow racing gear (cosmetic) and vehicles. By ranking up with the new SRL faction that debuted in the newest update, you can earn a “chance” at “up to” 320 Light gear (helmets and class items). Anything introduced in the new microtransaction store will have a Light level of “3,” so Bungie hasn’t stooped to the pay-to-win scheme. You can also buy a book for $10 that keeps track of your stats and earns you more cosmetic gear — only look at doing this if you really like racing after a few days, and don’t grow tired of the paltry track count.

You’ll have to rank up all on your own without the use of microtransactions, by racing or completing SRL bounties (like “complete a race without blowing up once”). By completing five races you’ll earn your SRL License, which grants you a free Sparrow. That’s essentially the end of the main questline, and it’s easy enough for everyone to do in under an hour. From there, you can grind out wins for horns, new vehicles, or a chance at said 320 Light gear. But you won’t want to.

It’s also crudely implemented as a lot of PVP crossover quests work with it, since it’s technically a “Crucible” event. If you were expecting some sort of Mario Kart-esque minigame (why would you), prepare to be disappointed. Sparrow Racing features the same wonky physics as the core game, so occurrences such as tripping over random tiny objects like boxes and flipping out 100 feet into the air are still going to happen. The only new bit is boost pads scattered about each course, as hazards generally involve enemies firing at you, with the exception of one fun chasm on Mars that hosts three fan blades.

I fully expect Bungie to bring this back every other month or so, with two new tracks each time, and the same mediocre rewards. If this is really what we have to look forward to for the next year or so, I’m pretty sure most of the hardcore crowd is just going to quit outright. The Sparrow event sums up Destiny in a nutshell — a half-measure.