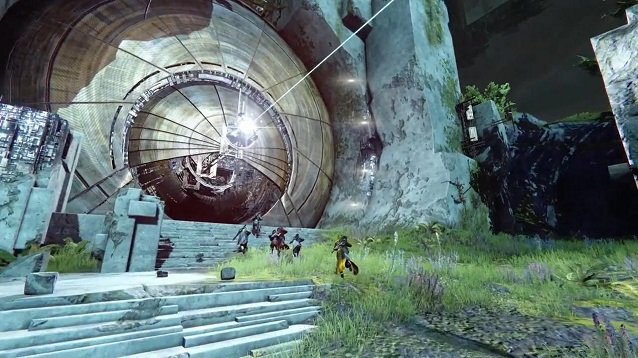 Watch the run below

Not content with beating the normal mode six-person raid in Destiny with three players, the same crew attempted it with two, and succeeded. As someone who has cleared it six times and knows the mechanics like the back of my hand, this is extremely impressive — my group can now clear it in roughly 45 minutes, but that’s with six people. The last sequence in particular (roughly 50 minutes in) where they have to solo the portal portions is really where it gets crazy.

The only caveat is that during the only non-combat/boss zone, a third player had to join, because the area wouldn’t work properly with only two players. Completely fair. The video’s creators note that this does not “trivialize” the Vault, and I agree. In every MMO once players progress to maximum efficiency, it’s very common to see solo runs or low-party runs of high-end content that was previously unattainable.

As a note, the raid was cleared with the ability to self-resurrect, which is essentially required for one player to keep portals open during the last phase while the other person solos it. One person dies on purpose right before “three players” are supposed to be sent through the portal so that only one is sent, then resurrects to defend the exit.