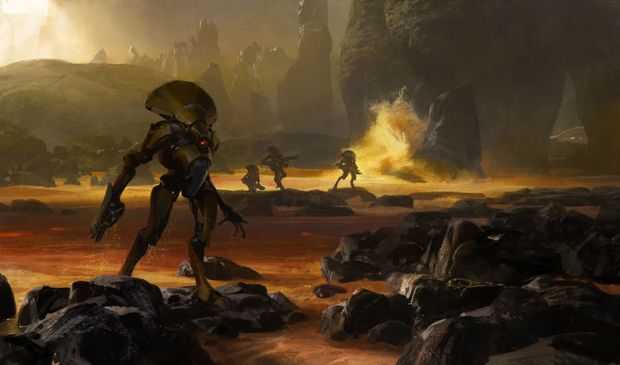 In-game, Destiny‘s story is probably the worst part of the experience. Constant Dinklebot “defense” missions and short exposes during load screens are hardly what I’d call a narrative, but that’s what Bungie ended up giving us. Having said that, there is a ton of lore buried on the game’s website, and it’s actually pretty decent.

One reddit user, KentsFood, has compiled all of the content available for the game’s various enemy factions into singular posts, and the result is astounding. Not only does he explain the lore for each enemy you fight, but the overarching backstory of every race in the game.

So far he’s covered the Fallen, Hive, and Vex factions, and is getting to work on the Cabal. If you still play Destiny I’d recommend reading them.