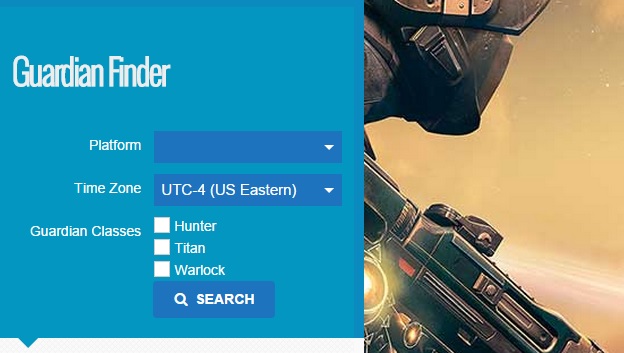 Get matched up with people

Destiny is going to have MMO-like raids. What do I mean by that? Well, you’re going to need to manually find six people to access some endgame content, which will deliver the biggest challenge the game has to offer. As someone who has been playing MMOs since the 90s, I’m into that. Some of you however, are not.

Because Bungie isn’t budging yet on this idea, gamers have taken it upon themselves to create a few communites for the cause. A few concepts are the “Guardian Finder” from That Wizard Came From The Moon, and the Dads of Destiny.

I’m sure more options will pop up as time goes on, which should allow you to get into raids more efficiently. I think I’m going to roll a Titan, going into the Defender subclass later on. Tanks are always scarce in every game.