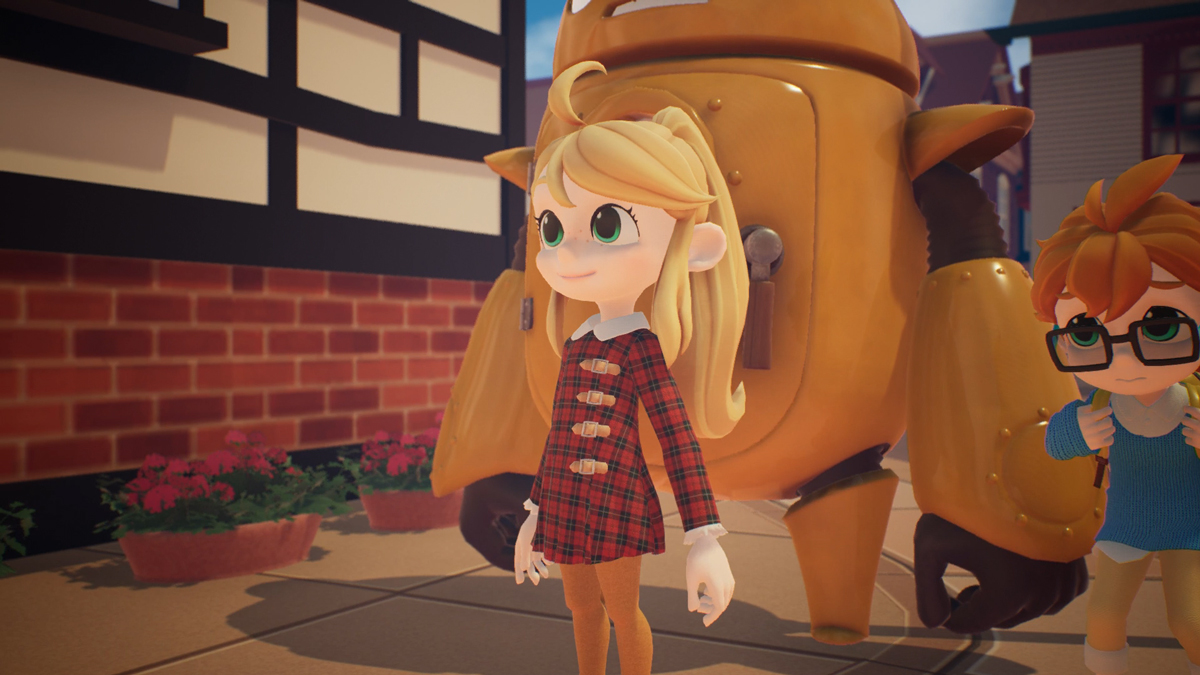 Sometimes we all need a throwback

NIS America wasn’t at E3 proper this year. A few blocks away from the convention center, it set up shop in a Chinese restaurant where the smells emanating from the kitchen made my stomach grumble even though I had just eaten about a half-hour beforehand. In one of the private dining rooms just off the center of the restaurant, NISA set up a makeshift demo booth, with TVs, swag, and giant posters advertising the heavy hitters it has coming later this year. While I did play a bit of The Legend of Heroes: Trails of Cold Steel III, my main goal for the hour I had was to play as much of Destiny Connect: Tick-Tock Travelers as possible.

The opening half-hour or so of Destiny Connect reminds me of some of those lesser-known role-playing games from the PlayStation 2 era. There is a lot of set-up to the game. Main character Sherry is desperately awaiting the return of her father on the eve of a new millennium. To pass the time, she goes to pay a visit to her grandmother in town, stopping along the way to meet up with best friend and eventual party member Pegreo. The two of them eventually find their way to the outskirts of Clocknee where they’re attacked by robots that look like television sets, only to be saved by a mysterious character seen earlier in the intro as a protagonist in a television show.

It’s all very weird and somewhat intriguing despite some presentation issues. The town of Clocknee is bright and chipper and the characters have the expressiveness of a pre-Toy Story Pixar short, but character movement and camera controls feel a generation or two behind. It was a little cumbersome guiding Sherry around her house and some of the camera angles in this introduction didn’t exactly give the best look at my characters and their surroundings.

Going through the introduction was like playing through a game from the early days of fully 3D JRPGs. There is a lot of dialogue and exposition setting up the adventure while action and excitement are in short supply. That’s not to say the first chapter is bad, but I think the industry has greatly improved in creating opening acts that are both engaging and more quickly usher players into the action. Destiny Connect‘s opening salvo doesn’t do all that much to arrest players, and as a result, comes off as either outdated or old school, depending on your interpretation.

I would love to tell you more about how the combat works and everything you can do with Isaac, a third player protagonist who is also a robot from the future, but if there is one thing NIS America hasn’t gotten down yet, it’s how to show its games at conventions. NIS doesn’t do demos. Rather, every time I test one of its titles at a show or preview event, I’m given access to the latest build of the full game. With appointments limited to just an hour or so, testing a game with an extensive introduction doesn’t do much to give an impression of how the full 30-hour experience will play.

The only information I can glean comes from the game’s official website, which promises an adventure through time as Sherry and company explore the past, present, and future of Clocknee. Isaac will have customizable costumes and actions made in the game will shape the world around you. It certainly sounds ambitious, even if the RPG combat errs on the side of simplicity

How all of that plays into the final product is something we’ll find out this fall, but the opening 45 minutes of Destiny Connect: Tick-Tock Travelers have planted seeds of interest in me. With its charming aesthetics, expressive characters, and ambition that far exceeds most other NIS titles, I look forward to giving the game a shot when it launches on October 22, 2019 for Nintendo Switch and PlayStation 4.