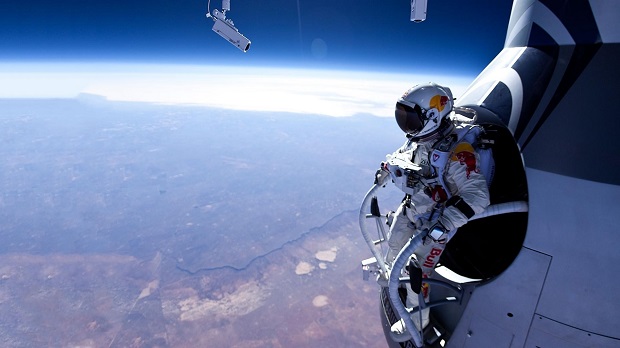 “Brand synergy!” the executive shouted, confident that his enthusiasm would rally his employees. “Forward-thinking leverage!” he followed up, unsure about the mumbo jumbo coming out of his mouth, but hoping his tone would inspire. He was a good Red Bull executive; he knew attitude trumped business know-how.

And that’s how (I imagine) Bungie and Red Bull came to partner up for the September 8 Destiny launch event. The Red Bull Air Force team and a member of Bungie are skydiving into the Bellevue, Washington party, and Red Bull’s making a YouTube series about it all.

Other than that, Red Bull will have a presence at some Wal-Mart launch parties, and Destiny will be featured in some college campus promotions. There isn’t any talk about what the long-term plans for this relationship will be, but it’ll likely include worldwide Xtreme kidney failure.