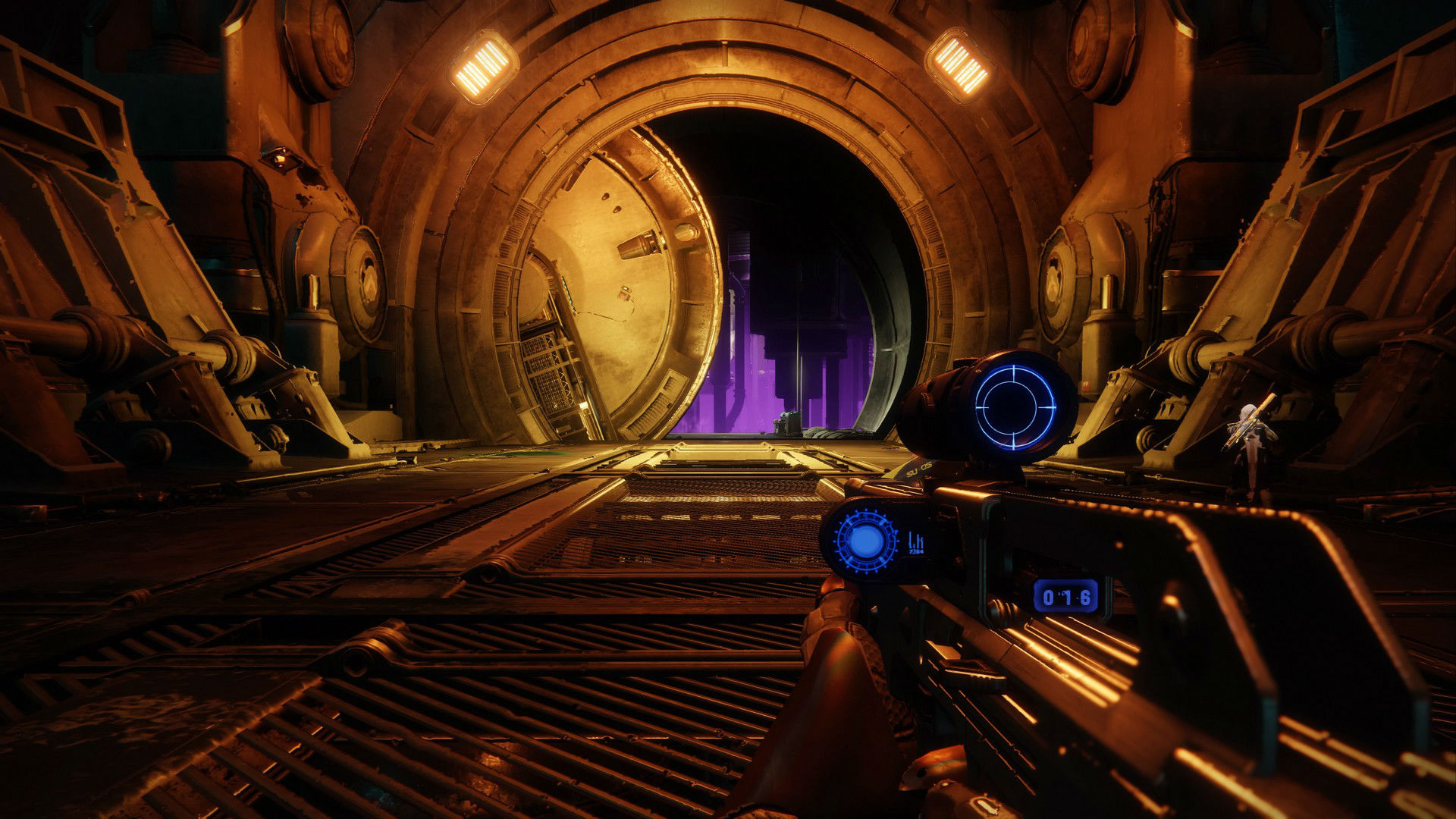 A jaunt with a cool end boss

Destiny 2 just hosted its first expansion this week, The Curse of Osiris. It was disappointing to say the least, littered with core issues that plagued the game since the start, and a relatively light amount of content. To make matters worse, there isn’t much incentive to play any of it because of how janky the endgame is.

The first “raid lair” (read: a miniature raid), Eater of Worlds, is out now though post-launch. It kicks up the expansion a tiny bit. And I mean a really tiny bit.

Eater of Worlds take place in the innards of the Leviathan ship, but it’s not quite the same setting as its daddy. This one is more industrial and almost entirely based indoors, and in addition to some Cabal skirmishes you’ll also find a hint of Vex.

It begins with a small jumping puzzle (with snipers laying down fire) where players have to take turns raising and standing on platforms. It’s tedious at first but then on the last stretch turns into a cool little almost Mario-like platforming sequence. What follows is a miniature generic skirmish with Cabal, then a small chest (much like the one in between encounters in Leviathan proper). I got a new shader and what seems to be a powerful-esque quality legendary engram.

Then there’s a small 30-second (non-jumping) puzzle, if you can call it that, and a transition into a giant Vex-ridden area that looks like one of the coolest areas in all of Destiny (atmospheric spoiler image here). This is where one of the two total big encounters starts, and it’s a rotating puzzle that involves charging up and shooting cannons at a giant cube (I got a Warlock bond here). Then the final fight opens up, which once again uses the cannon method in a re-purposed way, with the party squaring off against a Giant vex boss.

It’s…kind of cool? With a seasoned group I’d guesstimate it would take around 30 minutes in total, as my group, blind, with no help from guides, was able to get to the final boss in roughly an hour. At the moment we have the entire fight down, it’s just a matter of time until we clear it [edit: cleared, got the emblem and Warlock boots). As usual the art team kills it, and there are new weapons and armor to be had.

And that’s basically Eater of Worlds. It’s just as Bungie said it would be: a small affair that takes less time than a normal raid, and it’s way more entertaining than the rest of the DLC. Yet, I don’t know if this enough to hold people over to the next expansion unless a lot of core problems are addressed. Because right now, I can see people getting bored with it a few weeks in — even more so given its short length.

If Bungie actually fixes Destiny 2‘s endgame, it’ll be worth going into more along with Leviathan. We’ll see.