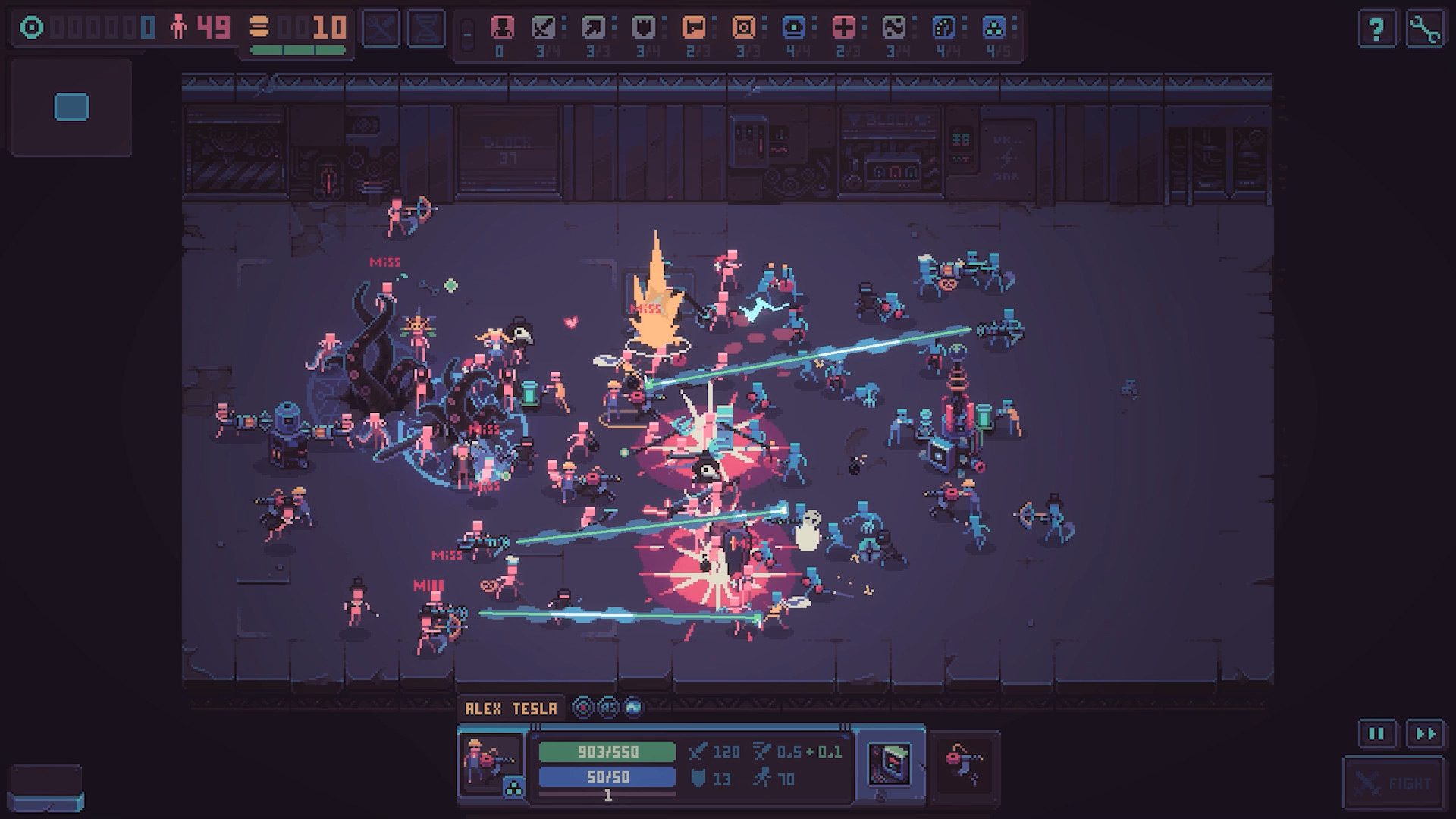 Impressions from the just-launched public beta

It turns out that it’s surprisingly enjoyable to send a horde of puny pink humans to their all-but-certain doom. I’ve lost many an overcommitted battle in real-time strategy games, and all that failure has prepped me well for Despot’s Game, an upcoming PC auto-battler.

I’ve had an eye on this game for a bit now, but now’s the time to strike — you can play the open beta on Steam today, and there’s an Early Access release date too: October 14.

The setup goes a little like this: you’ve got a few highly disposable humans in a roguelike format, and you’ll send them strolling through room-based dungeons in search of enough food to keep them going, reinforcements to replace their fallen kin, and a bunch of ridiculous (often pop culture-inspired) gear to help them stand a better chance.

Along the way, you’ll make decisions about which perks to unlock (or buy in a tech tree), and how much of your currency from battles should be spent on food (to avoid an eventual debuff if your squad runs out) versus buying new soldiers, who can be equipped with pricey weaponry. There’s a bit more going on, especially when it comes to synergies and creating a balanced team, and things only get trickier when your RNG isn’t ideal.

The weapons — and class-based transformations — are silly and anachronistic, and that’s a big part of the appeal. Your squad could have magicians, a Sailor Guardian, a boxer, a dark summoner, and a dude with Kylo Ren’s lightsaber. It’s all legally distinct, of course. 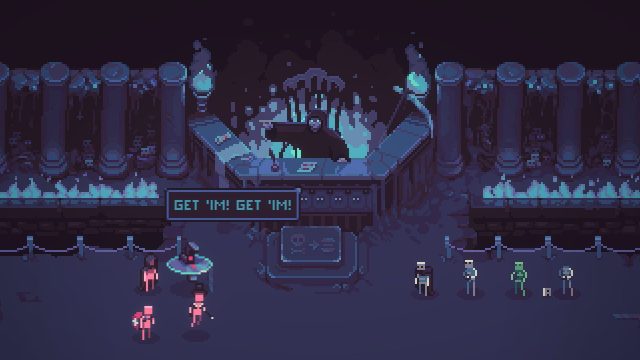 As for the battles, they are, as advertised, automatic. You’ll either manually position your people before each room’s skirmish or click a button to let the system reposition the formation, and then once you click “fight,” you just sit back and watch the carnage unfold.

In the aftermath, you can hold onto the weapons of your fallen troops and give them to new unarmed recruits, but if everyone is wiped out, that’s the end of the run. Thankfully, each time you do poke your head in a room, you can get a sense of the threat level with red skull symbols of varying sizes hinting at what’s ahead. And boss rooms are marked. 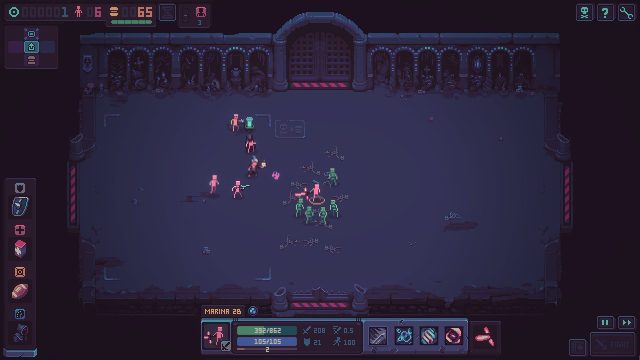 As your troops fight, they’ll auto level up, but you’re never going to feel too attached. Aside from the findable/buyable perks (known in-game as “mutations”) that can help you get more out of each shop, buff up your team’s mana reserves, or even make your “newbies” explode when they die, there’s also a system where classes unlock powerful abilities, like tanks forcing aggro, or a faster attack speed, when you have multiple units of an archetype in the mix. It’s another layer to consider when buying peeps in the shop.

Above all, it feels like team compositions — recognizing your strengths and weaknesses at any given moment — is the name of the game. It’s always shifting.

Despot’s Game might sound really simplistic, and unless I’m missing a ton of nuances (I know I’m missing some), it kind of is — but the art and animation can be mesmerizing to watch. I didn’t mind the hands-off premise. Keep in mind, I’m not an Auto Chess guy.

The interactivity presents itself elsewhere, like exploring, but not over-exploring — you burn food every time you enter a room on the way to the floor’s boss, and you may need to sacrifice some of your people for more meat if you’re in a pinch. You’ll also sometimes try to make the right call in silly text-based multiple-choice encounters with, for instance, a stray untitled goose that you can try to peacefully catch or mercilessly shoot. 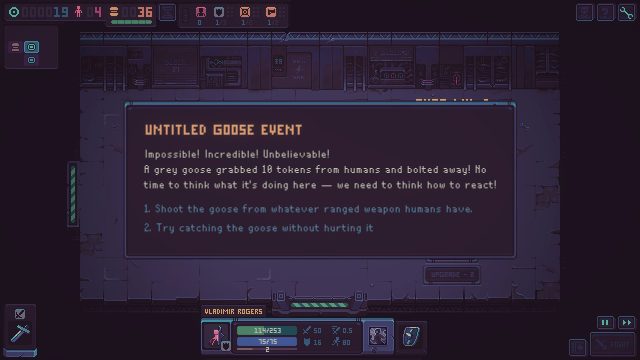 If you get to the end (I routinely succumb to the zombies, so hopefully you fare better), your army will go up against other players in neat leaderboard-based asynchronous fights.

Normal difficulty is the only setting in the beta, while other main-menu selections like Easy, Hard, Impossible, Hunger Games, and Mutagens are grayed out. You begin with just the Classic squad (a sword, shield, and crossbow), which isn’t as memorable as other potential unlockable starter groups with “cultists” or “eggheads.”

I’m not sure I can picture that much long-term appeal to Despot’s Game, but even if it’s missing those one-more-run progression hooks that help cut through eventual repetition, it’s entertaining while it lasts. This Steam beta is the perfect chance to try it out.