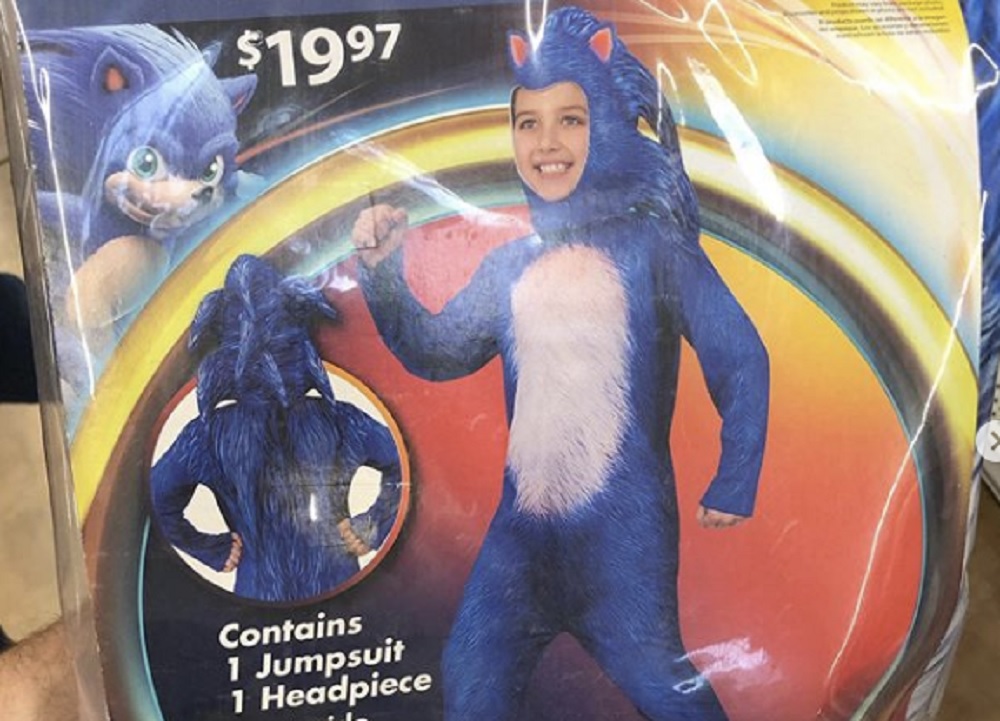 Remember a few months ago when there was all that fuss about the Sonic movie starring Jean-Ralphio (and Dewey Duck!) and Jim Carrey? Well everyone kind of forgot all about it because that’s how internet controversies go, but the ripple effects are felt every so often Sonic-related news gets brought up.

It’s definitely relevant now thanks to an Instagram account called “treasurehuntingsonic” (which, as you may have guessed, hunts down merch related to all things Sonic), who located a $19.97 Sonic Halloween costume at Walmart based off the film. Yes, this is the “human-hedgehog” thing that they originally went with for the debut trailer.

Since then the powers that be vowed to go back to the drawing board with the iconic character and redo the design, which led to a delay for the film. Naturally people won’t be happy no matter what the result is, but for now you can cosplay as your favorite “go-fast-guy” for the low price of less than 20 bucks.