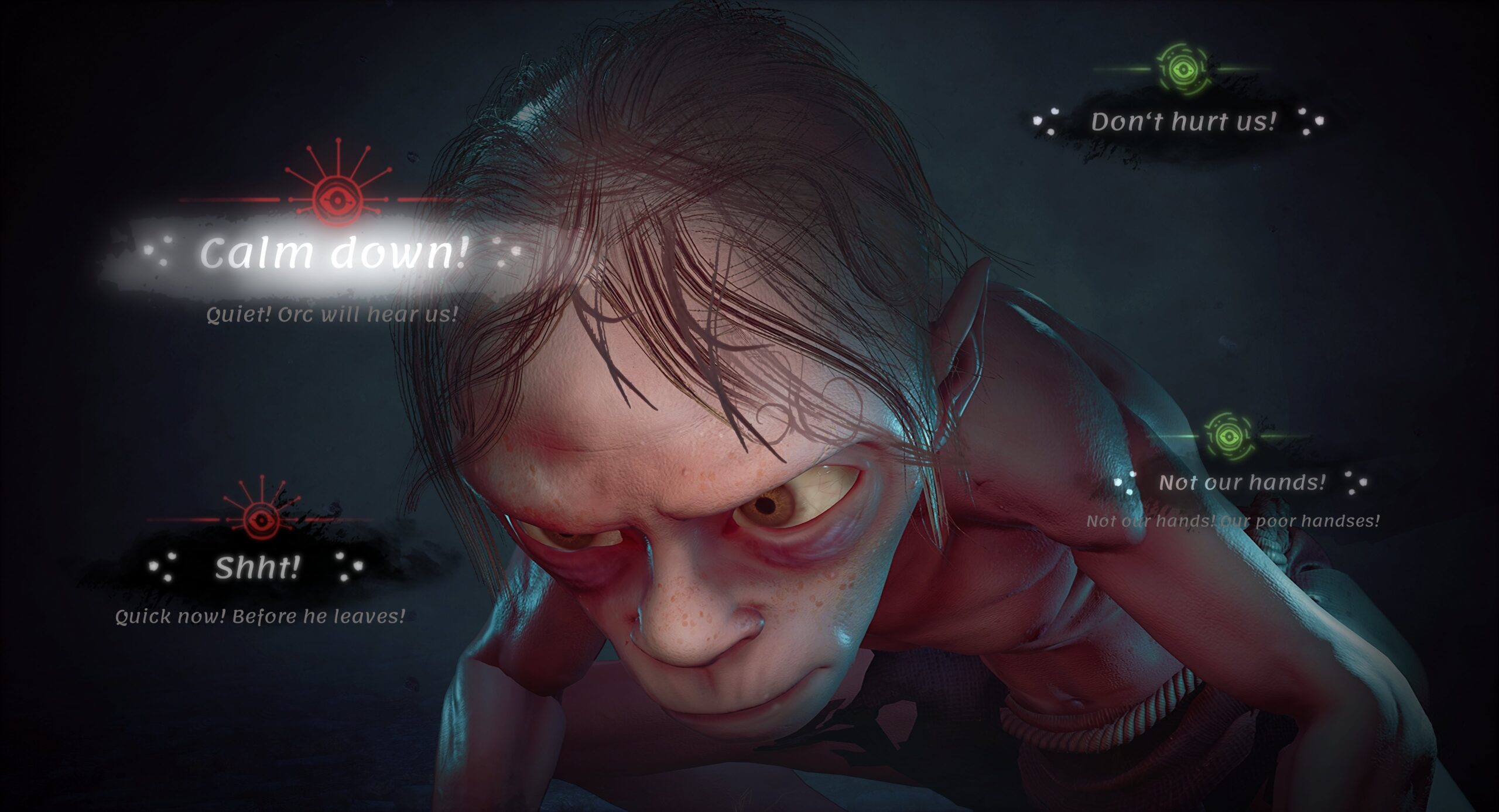 These screens give me pause

Earlier this year, Lord of the Rings: Gollum producer noted that their upcoming game, an adventure title set in the Middle-earth, was not trying to be a continuation of the popular New Line Cinema/Peter Jackson-verse, and specifically claimed that “he doesn’t look like Andy Serkis.”

At this point we hadn’t seen more than a mere logo, so the jury has always been out on that statement. Given how hard it is going to be for some newer Lord of the Rings fans to divorce themselves from that iconic portrayal, I was dubious. There was hope that the team would be using a drastically different style for the titular character, perhaps something that used features that were more inline with the source material (the logo event hinted at this), but it seems as if that’s not the case.

Based on new screens from GameStar, it looks like plans changed, and (in my mind, at least) Gollum looks nearly identical to the Andy Serkis character from the Jackson trilogy (and the Hobbit films) with slightly more cartoony features. Even the outfit is nigh identical, which is wild given that Gollum’s various portrayals since the 1937 source have all, more or less, iterated upon the character.

Aesthetic choices aside, we also get a good look at what the game actually is, and it very much seems like the adventure/stealth hybrid that’s been teased. Gollum is seen slinking around a Mordor-themed zone that looks almost identical to an area from the Middle-earth: Shadow of War series (possibly under Barad-dur, which was confirmed to be in the game), but with a slightly cartoony character design for the orcs (which also look very reminiscent of Jackson’s style, with a twist).

This whole development is a little strange, as I was expecting this game to finally move away from Jackson’s films and get back to an era where creatives were free to take more risks when adapting Middle-earth as a whole: maybe we’ll have to wait a little longer for that. As it stands, I’m willing to give this one a shot, and it’s probably a smart move for Daedelic to bank on nostalgia in the end.

Lord of the Rings: Gollum [GameStar] Thanks Jeff!