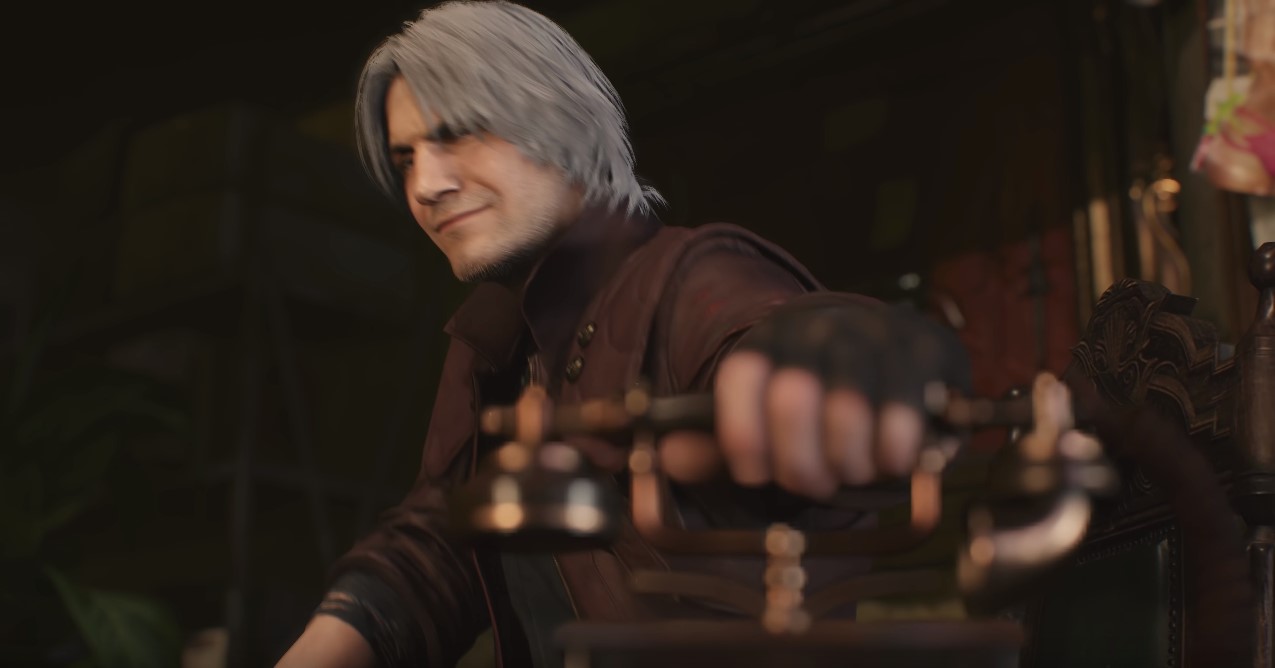 Hate the game, not the player… except, it’s actually hate the microtransaction, not the game. That metaphor doesn’t work so well in this context huh

I think we can all agree microtransactions never do more good (if any) than harm for retail priced games. It’s one of those issues we as a community are so collectively done with we automatically expect the worst out of it. We tend to marry the inclusion of microtransactions with a worse game because that’s the natural extension of leaning further on a business model that encourages them. That’s why many of us were disappointed to see them put into Devil May Cry 5.

In this case, the very instant it was revealed that players will be able to buy red orbs with cash, many of us translated that to mean red orbs will be earned at a slower rate relative to upgrade costs in previous games. And yet that feels like a premature conclusion. Technically, there is no immediate evidence that DMC5’s progression rate has been stunted to aggressively push microtransactions onto players, at least not yet.

Reports from Gamescom demo players say that it felt right, but of course, that is just a trade show demo. Everything else that looked awesome before such as dual-wielding motorcycles remains intact. The only basis supporting the conclusion that DMC5 as a game will be worse because of this is precedent set by dozens of other modern IPs retroactively shoehorning them in. By itself, that would be strong enough to justify that conclusion. But in Devil May Cry 5’s case, there is also precedent to the contrary from a more specific counterexample. Devil May Cry 4 Special Edition already had microtransactions that were treated as an afterthought, and very few people even acknowledged that.

Three years ago, DMC4 SE’s online storefront quietly launched alongside a handful of add-ons. In order, these are Blue Orbs (heart containers), Proud Souls (new move currency), Red Orbs (item currency), Super versions of the dudes, alternate costumes for the ladies, and an instant unlock for every game mode. The Blue Orbs, Super forms, and modes remain available through the same unlock methods they had in DMC4 SE (and buying Blue Orbs cannot raise life beyond the limit possible in a normal 100% playthrough). The costumes are purely cosmetic additions for brand new playable characters, and as such don’t do anything to deliberately alter game balance. That just leaves the Proud Soul and Red Orb economy to have possibly been changed.

Even though DMC4 SE was my first game in the series, I never bought any of these and I still had enough orbs and souls to unlock everything I wanted through normal progression. I never even noticed that DMC4 SE had these until I coincidentally glanced at the PSN store page for it. Complaints about a lengthier grind for unlocking moves and items are nonexistent from my search into discussions of this game, probably because costs and drop rates were untouched from the original DMC4. Thus, we have a precedent for Capcom adding microtransactions into a DMC game and leaving progression at the same pace as it would be otherwise.

Not that their inclusion is a good thing either way, because buying these as a fast-track to victory is a counterintuitive idea. The entire appeal of Devil May Cry, from an aesthetic and gameplay perspective, is the notion of feeling like a… what’s the word you people less prudish use? “Badass?” Yeah, that’s the most appropriate word to describe it. It’s all about using stylish and complex combos with careful timing to outmaneuver hordes of foes that can quickly deplete your health if you don’t know what you’re doing. The rank-based reward system compliments this by rewarding mastery of simpler techniques with unlocking more advanced and radical techniques, dude.

Using real money to buy currency for those same moves skips that learning curve, more for a character action game than it does in others. These power-ups are more tangible in RPGs or other games where character progression is done through bigger numbers, but very few Devil May Cry upgrades work like that, and even then, only the weakest ones like handguns. The purpose of new moves usually isn’t to simply buff your DPS, it’s to expand your options and to give previously learned techniques new applications that push their usage farther. They mostly make you stronger in the sense that they raise the skill ceiling higher.

Quite frankly this is far less unethical over the other kind of progression-accelerating micro, but more to the point, this system just doesn’t benefit buyers as much as it appears on paper. It’s really a lose-lose situation to have these because skipping the grinding curve ignores the learning curve that’s equally necessary by design.

Even though I finished my own playthrough of DMC4 SE, the skill ceiling still went far higher than I went using my time with it, on Human difficulty. I never fully got the hang of switching styles on the fly, I still hadn’t nailed down the timing for Royal Guard, and I struggled to pull off Nero’s Exceed moves. If I had less time and was desperate to unlock more moves, buying souls wouldn’t give me the aptitude to apply those moves to any useful effect. It’d effectively be a waste of money.

This assumes that the learning curve matches up with the currency grinding curve, which it has in DMC4 SE. It would be a more tempting purchase if the grind is long enough that player could master their current skillsets and still have too long to wait before they upgrade their arsenal. Which again, to our relief, has not happened in DMC’s recent past. 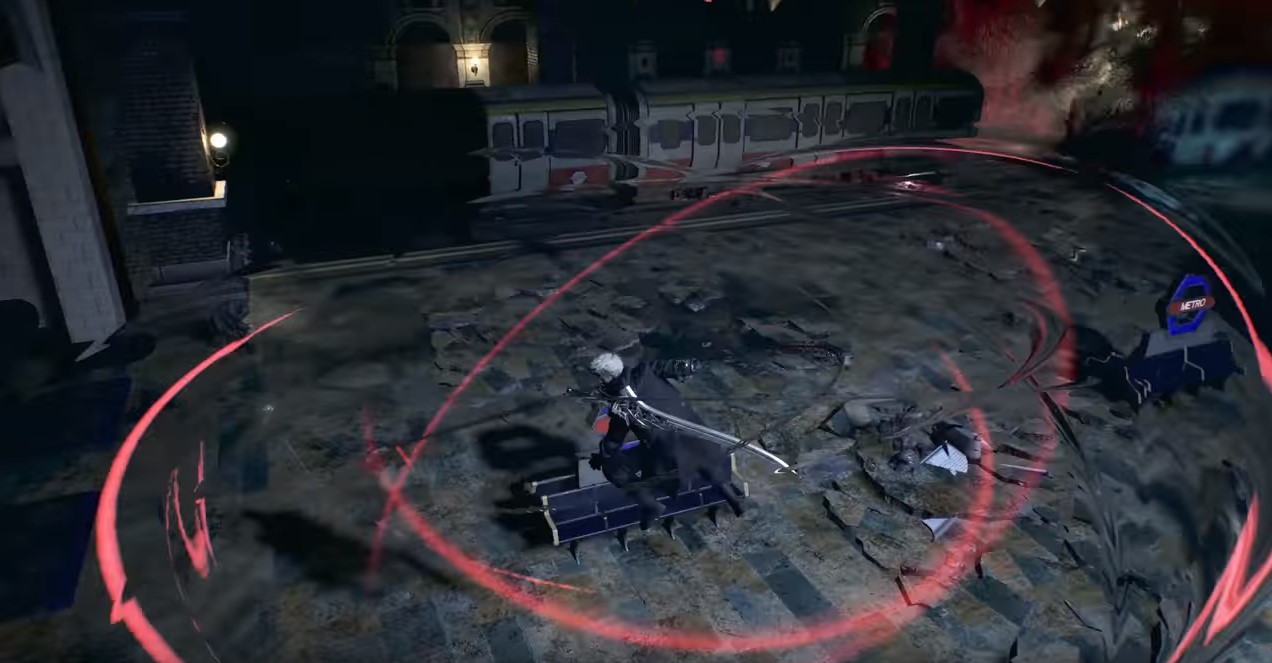 Even so, precedent is little more than that — a past that can predict but not guarantee the future. The whole reason microtransactions are so outrageous is because they’ve steadily become more and more aggressive over the years, up to the point where governments are banning certain types of them. There’s no guarantee that Devil May Cry 5 is an exception to that rule until we see how the final product will apply that practice, especially since this is a brand new game being shipped with them as opposed to a remake being retrofitted with them. It’s still pretty fishy to retrofit them into DMC4 in any capacity at all, that’s a red flag in itself.

But the simple fact that the worst didn’t happen with DMC4 SE gives enough pause to remind us that it’s too early to assume the worst for the next game. DMC5 is still up to scrutiny specifically because of this, but we should scrutinize the product we can actually see, not the product we expect to see.

Capcom’s history with microtransactions is an annoying one, as is any history with microtransactions in fully priced games. But lately, it’s taken a less aggressive path in favor of a passive one. Even Monster Hunter World has a handful of them like character edit vouchers, and while I wish that was touted as a free new feature instead, it’s still a brand new feature that didn’t exist in previous Monster Hunters. Until any brand new evidence in DMC5’s development points to the contrary, I’m going to anticipate that it will have a progression curve similar to the rest of the series. As long as that holds true, DMC5 looks like it’ll be a fun ride no less worthy of previous expectations.

Though, I do appreciate the caution and skepticism against the micropayments all the same. This news still doesn’t add anything good to Devil May Cry’s future, nor would quietly letting the issue slide under the sofa with last week’s pizza. We’ll all have more reasons to enjoy DMC5 and Capcom’s other games without this excessive monetization, anyway.