May I live to regret it

Our own Zack Furniss had a pretty bad time with Fatal Frame V, as detailed in his excellent review. Having just finished the hour-and-a-half long free demo for the title myself, I completely understand where he’s coming from, and I’m grateful for his forthright and earnest appraisal of his relationship with the game. That said, I’m buying it anyway. In fact, his anti-enthusiasm for the game has already helped me to enjoy it more. By setting my expectations low, Fatal Frame V is a lot less likely to disappoint. While the demo is definitely janky at times, it’s continued to keep me curious and excited about what it may offer up next.

Here are a few of the ways that the Fatal Frame V won me over. Beware of spooky spoilers from the game’s demo. 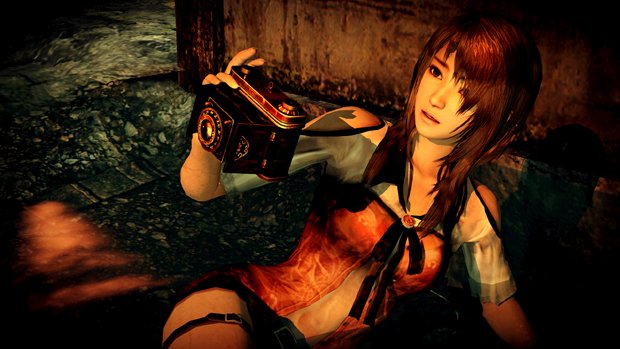 Fear without hardship, jumps without scares

When I think about horror games, three styles of delivery immediately come to mind: fear-inducing threats from unfairly powerful enemies and/or scarcity of resources, disturbing scenarios / visuals / sounds, and the ebb and flow between moments of calm and stress. While the first style used to be my favorite form of in-game horror, my ever diminishing free time has made super-hard action/exploration games a tough sell. The fun-moments-per-minute ratio is just too low with most of them. Combining creepy scenarios with the occasional nasty surprise works a lot better for someone who doesn’t want to have to farm for some scares by replaying a super difficult, time consuming monster gauntlet multiple times.

That said, jump scares on their own run the danger of quickly growing stale. They’re generally the cheapest and easiest way to get an adrenaline rush out of the player, and as such, savvy players will catch on to them fast. If your dad sneaks up behind you and yells “Ooga booga!” and tickles your armpits, you may jump the first time. The second time, you may be surprised. By the third time, your hippocampus will have likely made note of that particular combination of stimuli and filed it under the “annoying dad joke” section of your memory warehouse, rendering it completely unscary. The same thing happens in games that don’t know how to mix up their surprises. It leaves players keenly aware of what the game is trying to do, and irritated with its failure to do it right.

So far, Fatal Frame V has gotten around this by mixing up the shock value into multiple types. There’s the standard “ghosts suddenly come at you from all directions” type, the “A hand is going to grab you when you go to pick up a thing” type and my favorite, the “Quick! Take a picture of this random thing a ghost is doing!” type. None of these techniques are new to the series, but Fatal Frame V handles them in ways that feel pretty special, especially the last type.

Most of the best ghost stories are about how much or how little we can trust our own perception of reality. Fatal Frame V plays out that theme by forcing the player to pay close attention to everything they see and hear at all times, as even a moment’s lapse in focus may lead to a loss or a failure. By asking us to filter the normal from the paranormal at a moments notice, the game challenges us to overcome both internal and external confounding stimuli. See a head pop out of the corner of your eye for a split second, only to have it shut a door in your face, and you may laugh, or scream, or both. Was it a ghost? If so, was it a threat? Either way, why weren’t you fast enough to take a picture of it?  Rapidly sorting through these questions will leave you frozen for a moment, sometimes with frustration, other times with amusement, hopefully with both.

Either way, failure only makes the urge to succeed on the next go round more intense. Maybe in a few minutes a pair of dangling ghost feet will suddenly appear in front of your face, as an undead apparition reenacts its hanging suicide before disappearing into the ether. If you don’t want to feel like a failure, you better act fast and snap a shot of that dangling dead person before it disappears. Maybe a few minutes later a trio of ghost children will giggle behind you in the darkness. You’ll feel so on top of things if you manage to snap a picture of these unsettling, unholy adolescents before they evaporate into the night. To onlookers, you probably look like a madwoman desperately snapping pictures of literally nothing, but should they ask you later, you can always show them the photographic evidence of your ability to stay stay calm and collected in the face repeated spiritual pranks and attempted murders. 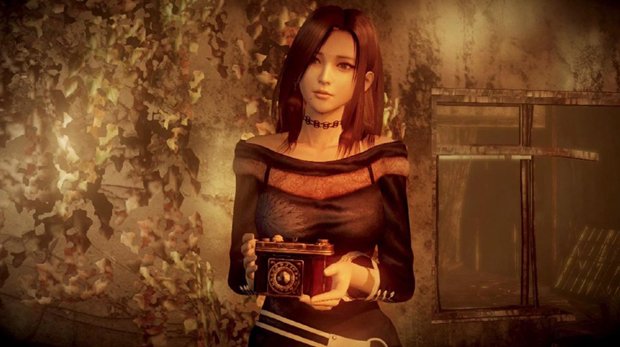 A classy and tacky sour patch of terror

People have voiced pretty strong feelings about the localized version of Fatal Frame V and its cut content. Though I haven’t gotten far enough into the game yet myself to attest to how badly the game’s quality was hurt by the removal of a bikini and a few pieces of lingerie, I already have the feeling that those omissions won’t matter much in the end. In fact, I won’t be at all surprised if it turns out that it was Koei Tecmo’s decision to cut those outfits from the game. As the creator of Downwell recently remarked, many game developers feel they have to maximize titillation in order to sell their games in Japan. It could be that both the developers and publishers of Fatal Frame V felt that they didn’t need to go all out with cheesecake in order to move units in the U.S. and Europe, allowing them to pull back on that aspect of the game for Western territories, achieving a better balance of sexy and unsettling in the process.

For instance, the first few minutes of Fatal Frame V surround you with a bevy of random, wet ghost women, sporting distorted, obscured faces and bountiful cleavage. Though the monster nurses of Silent Hill and Rachel from Resident Evil: Revelations have gone for that look before, it’s still impactful to see Fatal Frame V lead off with this brand of imagery. Right off the bat, the game lets us know that it’s going for grindhouse — a style of cinema that compensated for its lack of Hollywood production values by breaking down conventional ethical/moral values with levels of sex and violence beyond anything that mainstream movies would touch.

A few minutes after escaping from these absurd and unwholesome entities, the pace of the game slows to a serene, sepia-toned halt. We are given a look at a beautiful mountain sunset. We take on the role of a new character, one who isn’t in any apparent danger. Though an underlying feeling of unease is still present, our brains are given a moment to rest before we’re asked to use out photography skills to take a portrait of our sophisticated-but-slinky mentor in ghostbusting. Both landscape and portrait dimensions are explored. Oh, and you also are told that you have the power to see spirit energy and traces of past auras that are not visible to normal people. Anyway, lets go for a walk.

Why are we hanging out with this mature, alluring woman and why are we so special? These questions hang over our heads as we enter a dilapidated, waterlogged cabin, looking for an old piece of paper. Our clothes now wet with mucky old floor-water, and we can’t help but notice that we too are pretty sexy. That moment of self admiration is shortly interrupted by a sudden ghost attack, knocking us flat on our ass. Thankfully, our early photo shoot with our sexy mentor has us primed and ready for some ghost combat photography, and before we know it, the spectral conflict is over. Now we’re back home, sitting behind the counter of sweet and simple village antique shop, ready to relax. We’re asked to pay special attention to how pretty the teacups are. It’s worth taking the time to appreciate them, as who knows when the next poltergeist will suddenly pop up and threaten to kill us?

The only constant here is inconsistency, and it works. 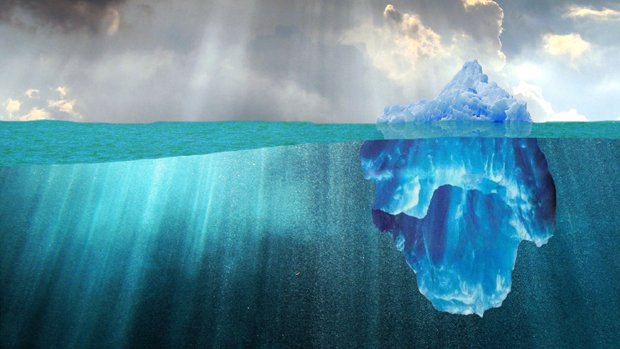 Skating on the fragile surface tension of reality

That brings us to the overall theme of everything I’ve experienced with Fatal Frame V so far. No matter what angle you tackle it from, the game never relents in its pursuit of the uncertain. It’s a game about the messy space between thoughts and feelings. The old cliche description for that idea involves an iceberg floating through the ocean. If the relatively tiny tip of an iceberg is what your conscious mind is aware of, and the water the iceberg floats through is your ever-fluctuating feeling state, then the majority of the iceberg that lies obscured beneath the water is your subconscious. Fatal Frame V looks to explore what happens when we continually dunk your head in that water while trying to take pictures of sad, violent ghosts.

No one in the Fatal Frame V‘s world appears to be very good at this. Everyone is struggling to sort out their internal reality from the external issues. Everyone and everything is inconsistent, but always within the confine of a certain set of convincing parameters. A ghost could pop up anywhere at any time, but there aren’t any werewolves or vampires, because that would be silly. A friend who seemed perfectly fine one second may suddenly be contemplating suicide the next, but never in a way that goes against the rest of their character. Sometimes it’s because of some submerged trauma has overwhelmed them. A few times, it’s because of the perceived loss of an emotional anchor that had kept them from being carried away in the world’s vast current of anxiety and depression. Other times it’s because an actual ghost has leaked into their brain and made them fantasize about jumping off a cliff.

Most times, it’s hard to tell the difference between the three. Though it’s a bit heavy handed, the analogy for suicidal thoughts and feelings manifesting as a phantom that rises from the black waters of your subconscious who grips you with white cold anger until you nothing is pretty accurate. That’s the ultimate threat in Fatal Frame V — that you or someone close to you will succumb that blackness and end you.

As awful as that may sound, exploring these issues in a video game is a heck of a lot less scary than exploring them in real life. More than anything, that’s probably why I’ve shelled out my $50 commitment for the full Fatal Frame V experience, despite the fact that it’s sure to have some moments of shabby craftsmanship along the way. I’ve been endeared to game’s delicate, vulnerable world and characters, and I can’t help but feel compelled to help them see it through to the end, regardless of how much tragedy lies in wait.