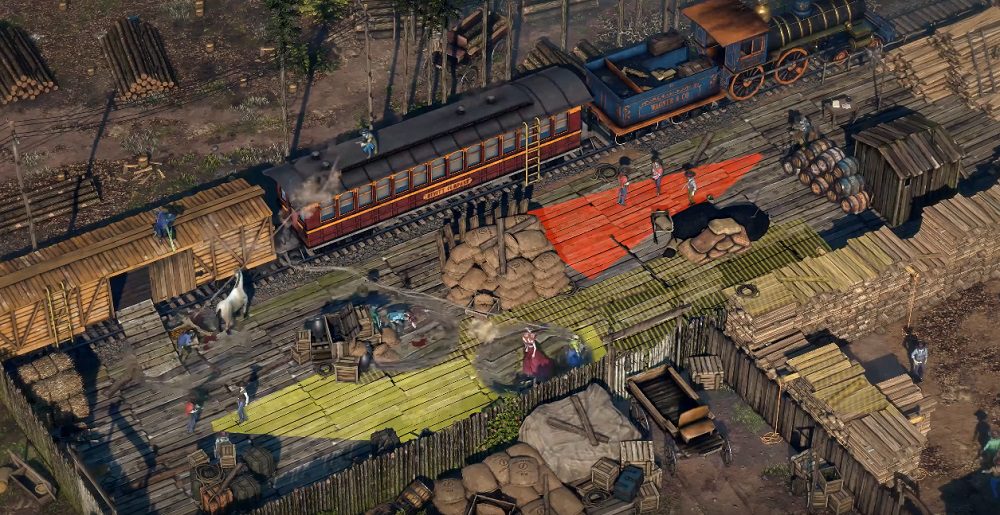 Gather round the campfire, young’uns

For those new to the franchise, Desperados sees players manage a team of uniquely skilled gunslingers as they undertake a variety of dangerous missions. Second-to-second planning and on-the-fly adaptation is a must if your gang is to travel deep into enemy territory, achieve the objectives, then safely ride off into the sunset. Much like big brother series Commandos, Desperados is no easy feat – requiring cunning, timing, and forward-thinking – but it can be extremely satisfying in execution when everything comes together.

As demonstrated in the trailer, Desperados III‘s cast of banditos has a wide variety of weapons, tools, and skills at their disposal, ranging from marksmanship and explosive expertise, to flirtation, espionage, and even mind control. Synching these abilities with careful planning will ensure that John Cooper and his gold-loving brethren live to see another dawn.

Desperados III launches June 16 on PS4, PC, Xbox One, and Nintendo Switch. A $120 collector’s edition is available to pre-order from the game’s official website.