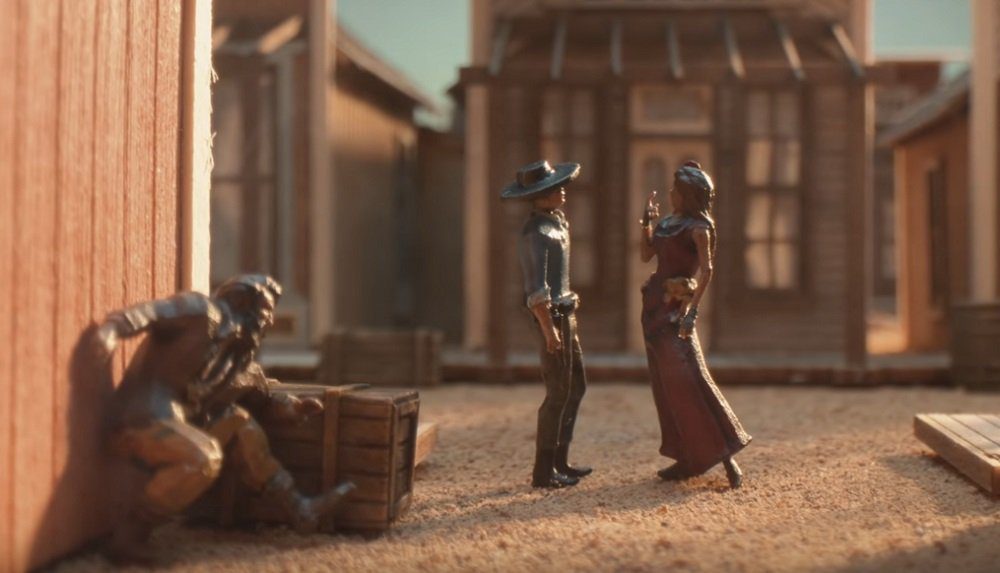 This town ain’t big enough for all of us

We are exactly one week away from the launch of Mimimi Productions’ smart strategy sequel Desperados III. To lure in folk on the fence, THQ Nordic has released an inventive new trailer, featuring the strategy sequel’s characters and locales replicated with old-school tabletop miniatures.

Much akin to the figurines used in model cities and train sets, this fun preview sees The John Cooper Gang going about their dirty deeds in plastic fashion, with the Desperados III universe uniquely recreated in teeny-tiny form. It also recalls the excellent end credits sequence of Marvel movie Ant-Man and The Wasp, which had a similar microscopic style.

Desperados III is an intense strategy title in the same vein as its big brother Commandos. Players guide a gang of lawbreakers through a series of complex missions, capitilising on each member’s specific set of skills in order to complete the objectives and get out of Dodge without a belly full of lead. Moment-to-moment planning, quick adaptation, and efficient team management are vital. For a detailed breakdown of Desperados III gameplay, check out the overview trailer right here.

Desperados III launches June 16 on PS4, PC, Xbox One, and Nintendo Switch. A collector’s edition is also available to pre-order from the game’s official website.