Ah’m the Sheriff around these here parts

THQ Nordic has announced that pre-orders are open on a collector’s edition for MiMiMi’s upcoming Desperados III, ahead of the strategy sequel’s official release later this summer.

The $120 set will include a copy of the game itself on PS4, PC, or Xbox One, along with an official art book, soundtrack CD, eight postcards, a music box, and finally a set of small figurines representing the titular desperados. The collector’s edition will also include the Desperados III season pass, featuring three bonus missions planned as post-release DLC. 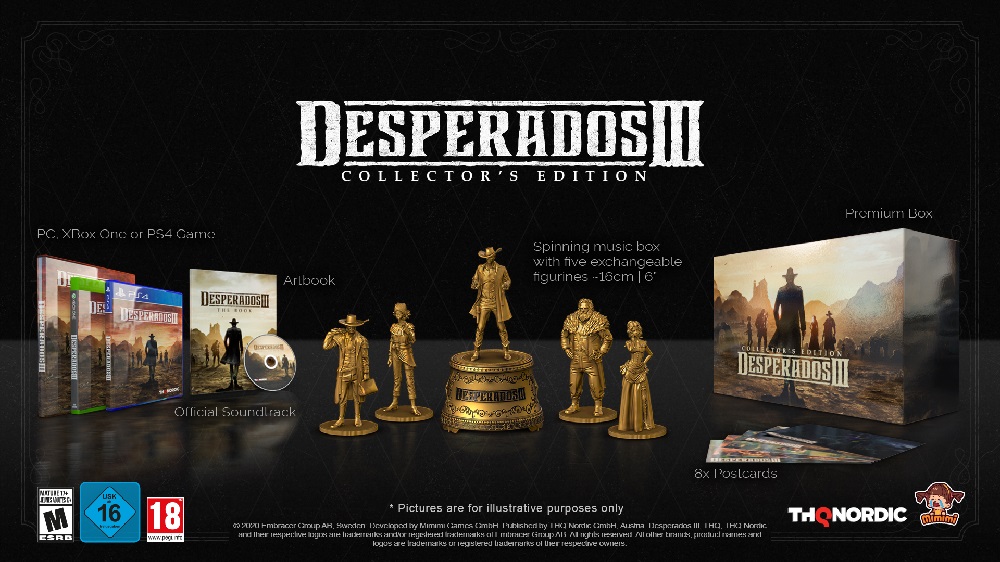 I’ll admit I think THQ is taking a chance here. Desperados III is a pretty niche franchise, so I’m surprised to see the publisher produce a set with such a high price tag for a relatively under-the-radar series. Regardless, die-hard fans can pre-order the collector’s edition over at the official website.

Desperados III launches on PS4, PC, and Xbox One this summer.