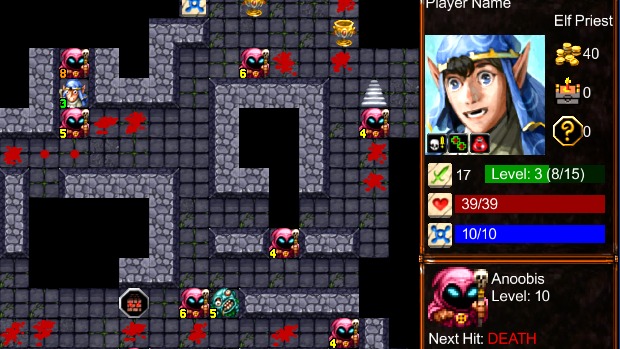 It has been ages since we first learned that the bite-sized puzzle roguelike Desktop Dungeons would be getting a full release, and it certainly has come a long way from the original freeware version in the time it has spent in beta. The title is gearing up for its Steam release on November 7 by offering a 10% discount for pre-orders, bringing the cost down from $14.99 to $13.49.

Be warned: Desktop Dungeons can be incredibly addictive. Since each run lasts only fifteen minutes or so, it is easy to fall into the Civilization-esque “just one more” trap, losing hours upon hours of time in the end. The progression of unlocking new races and classes only exacerbates this. I am equal parts excited for the full release and fearful that I will be reduced to a puddle of mush from doing nothing but playing this. Again.