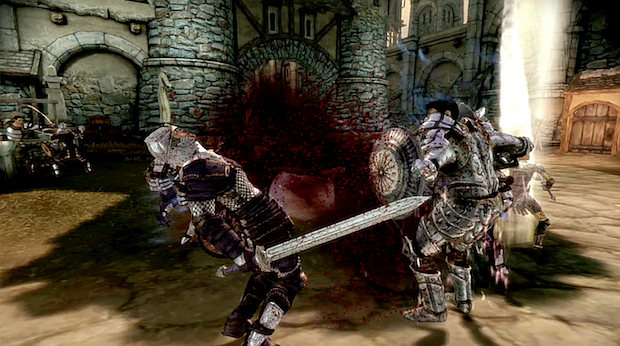 Denerim. It’s the capital city of Fereldin, the magical fantasy-land that Dragon Age: Origins is based in. Described as a place of “history and antiquity,” it’s probably the place players will spend the majority of their time mulling about before journeying forth to do manly stuff like killing wretched beasts or courting witch-vampire-lady-things. The teaser above shows a bit of the city and even reveals a bit of plot.

Also, there’s blood and a second or two of Marilyn Manson’s pathetic screaming.

The official release reminds us that Origins releases soon. And indeed it does. The Xbox 360 and PC versions are slated for a November 3rd release, while the PS3 version should hit November 13th. If you need some help deciding if Origins is up your alley before it releases, feel free to read our full preview.