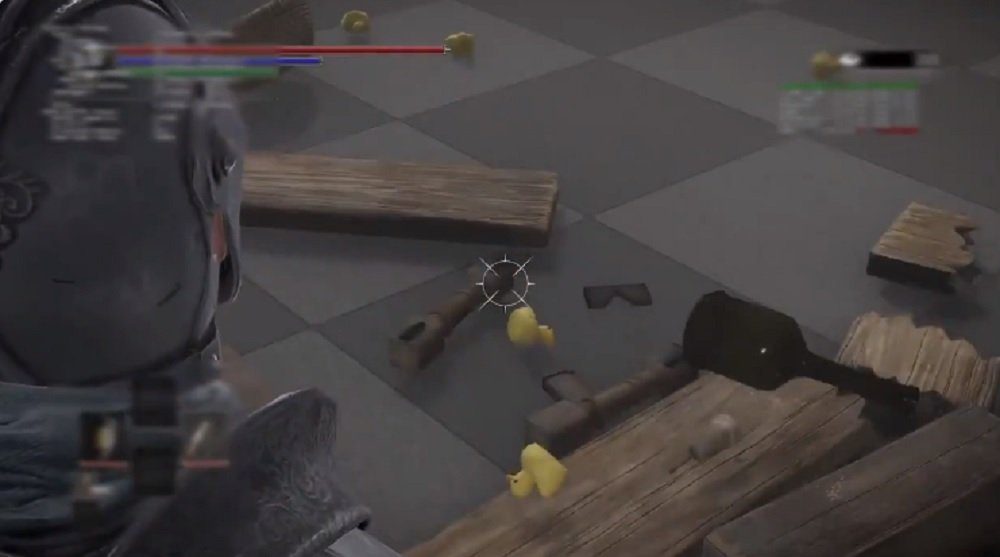 Bluepoint Games is a pretty special studio. They’ve managed to knock a few remakes out of the park so far, and are no doubt in demand by publishers everywhere. Demon’s Souls on PS5 was their latest hit; which preserved the spirit of the original while adding a new coat of next-gen paint.

The developer is also known to get a little cheeky from time to time, as evidenced by this video shared this week. Technical artist Collin Harris (who was previously at Bluepoint, and is now at Gearbox) tweeted out this gem, which reveals that in testing, Demon’s Souls developers had access to a suite of cute rubber ducks.

Basically, Harris says, they used them to “test various tech/effects” with, and “things quickly got out of hand.” Don’t go looking for this in some hidden room somewhere though, or even a hacked build. Harris confirms that “all of the stuff you see in the video (including the room and the duck) was [temporary] and didn’t make it anywhere near the finished game.”

You love to see it! It’s great when developers share little jokes like these for otherwise intensely serious games.

during demon’s souls’ development, we used a rubber duck to test various tech / fx with. obviously, things quickly got out of hand. #demonssouls #gameart #gamedev pic.twitter.com/4Kg4JDtr80