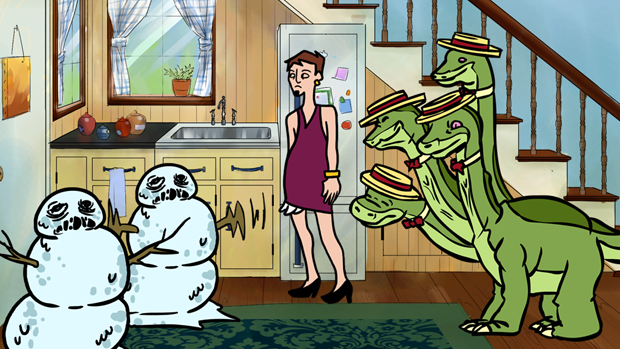 People often ask us to take the ideas spawned from Podtoid and put them into a videogame. We’re probably never going to do that, but if that’s really what you’re looking for in life, then check out Demon Chic. In fact, I’ve heard rumor that the game’s developers listen to Podtoid from time to time. Sort of makes sense.

Demon Chic is a hard game to describe. One might say it’s a crossbreed between Warioware, Earthbound, and The Curse of Monkey Island. One might not. I suggest you play it for yourself, especially if you listen to our podcast. It’s probably the closest thing to a Podtoid game as we’re ever going to see. Get it here.