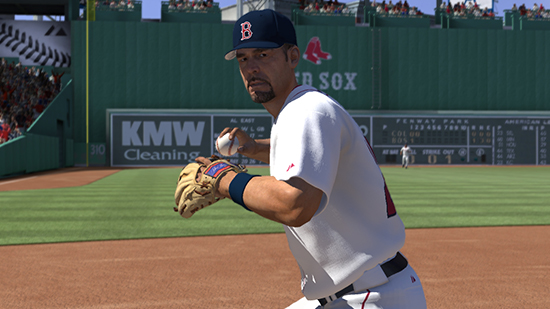 Thus far, Sony is the only first-party developer that has attempted to challenge the dominance of 2K Sports’ MLB 2K series. As SCEA’s first “next-gen” baseball effort, last year’s MLB 07: The Show wasn’t bad on the PS3, but then again, it didn’t exactly knock one out of the park, either.

This year, Sony hopes to offer a much better experience with MLB 08: The Show, and they gave us a taste of the action with a three-inning PlayStation Network demo that went up last week. Unsurprisingly, it features last year’s championship combatants, the Colorado Rockies and the Boston Red Sox. Did SCEA bring their ‘A’ game this year, or does MLB 08 fall short, like the 2007 Mets? Hit the jump for all the answers.

[Editor’s note: Oh, yeah…I’m, uh, new to this whole “editor” gig — but not to Destructoid in general. Take that for what you will.]

Initially, MLB 08: The Show appears to be all I ever wanted out of a baseball videogame: it plays and controls much like EA Sports’ PS2 swan song, MVP Baseball 2005, but in beautiful HD (and with updated rosters, natch). Well-coordinated commentary is provided by Matt Vasgersian, Dave Campbell, and Rex Hudler. The trio focuses on the game as opposed to extraneous facts about players, though a few are thrown in from time to time.

Overall, the presentation is very slick. Creating an accurate baseball sim is about replicating the ballpark atmosphere, and this game excels in that department. Between-play segments make you feel like you’re watching the game on television. The interface is sleek and colorful, and thankfully so; the statistical information available for user analysis is extensive. 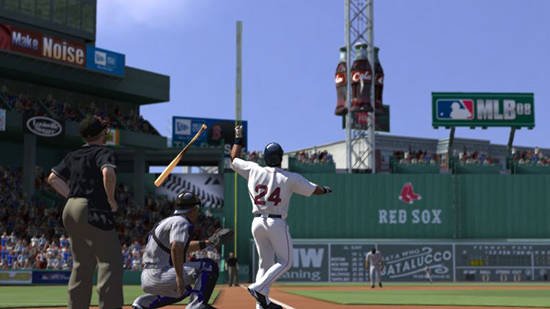 Unlike last year’s iteration, MLB 08 simply looks fantastic. Most player faces are absolutely spot-on — they closely resemble their in-game headshots, from Big Papi all the way down to Yorvit Torrealba. Amazingly, a close-up stolen base replay even displayed distinct facial expressions during the slide. Thankfully, this game lacks MLB 2K7’s “Vaseline-smeared sheen”, a byproduct of an overzealous depth-of-field filter. Of course, the news isn’t all positive. Though the crowd interaction is solid, the fans aren’t varied enough, and some clipping issues crop up on the field. Still, the good overwhelmingly outweighs the bad here.

The controls are a breeze. While MLB 2K8 will use the analog sticks for darn near everything, MLB 08 sticks to a classic scheme: face buttons correspond to bases, and the right analog stick governs jumping and diving. The fielding generally works as expected, and the fluid animations are a sight to behold. Hitting is equally simple — it’s completely timing-based, though the analog sticks can influence direction. But to spice things up, the game allows you to guess pitch type and/or location; if you’re right, the strike zone will blink red to let you know. Hardcore baseball enthusiasts are sure to make the best use of this by anticipating pitch choices in accordance with counts, as the feature adds a real-life layer of skill to an otherwise pedestrian hitting system.

All in all, I was highly impressed by SCEA’s work on this year’s game. It appears as if MLB 08 can provide serious competition to 2K Sports’ alternative, though that obviously only applies to the PS3; MLB 2K8 will be the sole option for Xbox 360 owners. Although one can only glean so much from a demo, I definitely like what I see so far. Here’s hoping that the complete package will impress Sony system owners everywhere. MLB 08: The Show will be out on March 3rd for the PS3, PS2, and PSP.