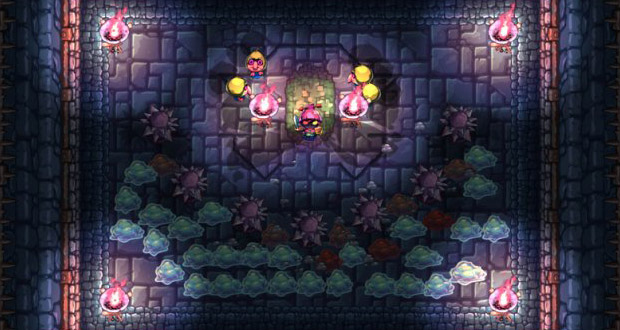 A brief history of Delver’s Drop

I am always fascinated to hear developers talk about how the ideas for their game first come into existence. Sometimes it can be a revolutionary moment of clarity where all the stars are aligned and pure wonder takes on physical form. Most of the time however, it starts with taking an already well-defined idea or mechanic and adding your own spin to it. Through that process of iteration, the idea is slowly refined until it’s polished to a mirror shine.

I recently spoke with the fine folks of Pixelscopic, the studio behind Delver’s Drop. They shared some information on how their top-down, dungeon-generating, action-RPG started as a tilt-controlled, bumping RPG for the iOS devices.

“Zelda meets pinball was our internal pitch for it. Then we started expanding those ideas,” said Ryan Baker, vision director, CCO and co-founder of Pixelscopic. “The first kind of idea that I had, picturing it in my head would actually be a motion-controlled iPhone game where you just tilt, slide around and bump into enemies. When you bump into them, your character automatically slashes with their sword.” 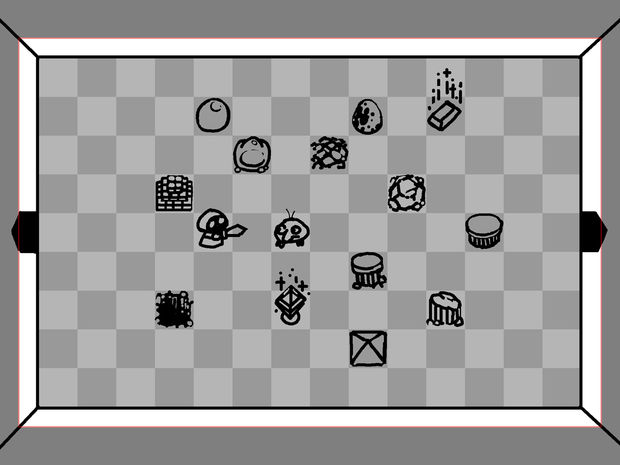 The team also shared the origins of the Delver’s Drop title: “When we were tossing around names for the game, it was everything from ‘Bump Heroes’, which ‘bump’ was kind of like our old affectionate codename for the game…We even had this giant spreadsheet of every synonym for adventure, bump and heroes,” recalls Baker.

“We had this Delver’s [title] that we had talked about, which was kind of a more serious game. We were like ‘What if we used the Delver’s brand for this [game]?’ I suggested Delver’s Drop and the other guys were like ‘Ehhh, I don’t know.’

“We kept going back and forth about [if we] should have a name that some way indicates the mechanic or gameplay,” adds Ryan Burrell, the director of technical design.

Baker explained the dual meaning, saying: “The whole idea of the drop, dropping from one area to another, came from that sort of silly idea of all of this gold falls on you and then the floor caves in and then you’re in the next room.” He laughs, as the rest of the team joins in. “We sort of turned it into this whole thing that’s tied into the [game’s] mythology; with this tunnel that’s covered in stone plates and [that] you have to solve puzzles in order to move the plates and drop down to the next area.”

It’s the little stories behind the choices and the mechanics of the games we play that help us to understand them from a developer’s perspective, as well as allow us to form a stronger connection.

If you happen to be the Boston area this weekend and would like to meet the fine fellows behind Delver’s Drop, you can find them at the PAX East Indie Megabooth. Ask really nicely and you may even be able to pick up a snazzy pin with the Rogue, Sorcerer, or Gladiator on it. My personal choice is the Rogue; you can’t go wrong with an eye patch and a cool hood.