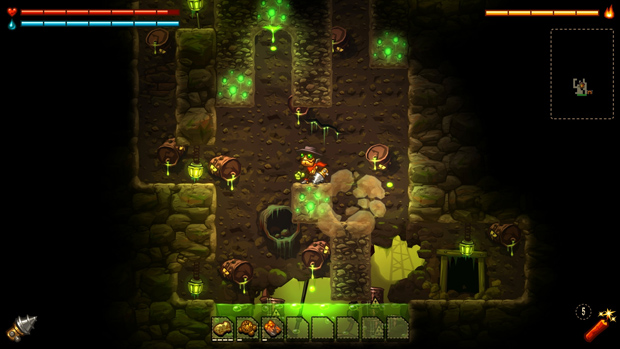 There’s supposed to be an easter egg hidden somewhere

Image & Form started SteamWorld Dig off on the 3DS eShop and has since brought its mining adventure game to Steam, PS4, and PS Vita. It won’t be much longer now until the studio comes back around to Nintendo — the Wii U release is scheduled for August 28 in North America, Europe, and Australia with a price point of $9.99 / €8.99 / £6.99.

As appealing as Off-TV play on the Wii GamePad sounds — the Pro Controller is also supported — I’ll sit this one out considering I’ve gone through SteamWorld Dig several times, at this point.

Those of you who have neglected to play any of the prior versions need to give it a look, though. Great game, and it’s going to feel right at home on the Wii U eShop.