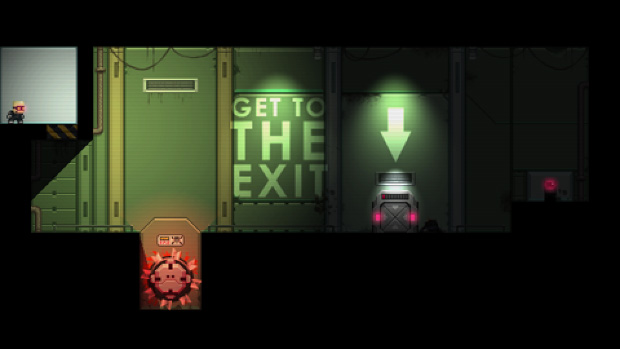 Last year, a really slick-looking, stealth-based platformer called Stealth Bastard completely passed under our noses. Developed by Curve Studios, which was also responsible for Explodemon! and Fluidity, this freeware title is described as a cross between Metal Gear Solid and Super Meat Boy. Watching the trailer above, I detect a hint of N as well.

Director Jonathan Biddle has shared a couple of screens of an updated Stealth Bastard Deluxe over on his Twitter page. This new version will be launching on Steam some time in November, though further details as of now are slim. We do know that there will be additional equipment for your death-prone hero, as seen in the gallery below.

In the meantime, go play the freeware original. Hurray free!