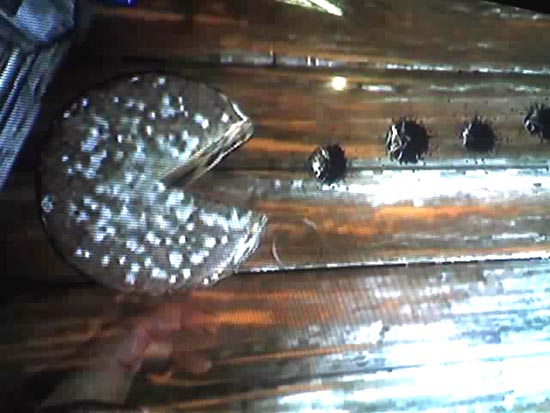 Image quality is poor because I snapped it with my cell phone, but I found this on the floor of Arcadia Winery (upper portion). One of those musty old cheese wheels and what looks like floor dirt forms a cute and not-so-subtle little nod from the cutting edge of gaming to the old, old school. Rock on.