[The Defense Force is an article series that roots for the underdog, plays Devil’s Advocate and otherwise defends the indefensible. If something’s hated, and we deem that hatred unjust, you can guarantee the Defense Force will mobilize.]

Quick Time Events, otherwise known as QTEs, are the black sheep of the gameplay family. The mere utterance of their inclusion in a videogame elicits groans and gripes from gamers around the world. They have been accused of many things — removing the sense of immersion, breaking the game’s flow, or simply being lazy design. People don’t like QTEs.

This sounds like a job for the Defense Force! Quick Time Events, while certainly bad in the wrong hands, definitely have a place in the world, and I fear that a few bad eggs have spoiled what can otherwise be an effective and worthwhile approach to interactive entertainment.

So, please join us as we explain why QTEs have a place in the videogame medium, and really aren’t as bad as everybody says they are. Defense Force MOBILIZE! 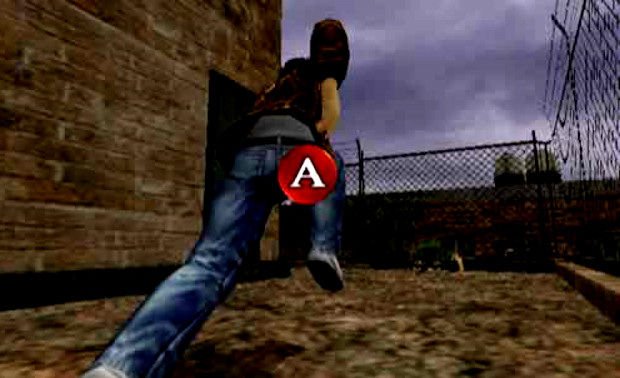 The main issuewith QTEs, as I see it, is the knee-jerk reaction that they inspire in people. Despite the fact that a number of popular games have used them quite well, they suffer from a preceding reputation, and a stigma that has never scrubbed off thanks to some poorly implemented examples. It can take ten years to build a good reputation, but only ten seconds to build a bad one. This is very true in the case of Quick Time Events.

Let’s look at some bad examples, first of all. QTEs are certainly not always good, and there are plenty of games that provide evidence of this. Resident Evil 4 and Resident Evil 5 are perfect examples, shoving QTEs into a number of cutscenes for no other reason than to ambush you. This is an incredibly tasteless use of the QTE, and one I’ve always found very cheap. Clumsily throwing time-sensitive button commands at you when you least expect it is a lazy way to develop a game, and the QTEs have always remained a grim stain on what was otherwise a pair of fine Capcom titles.

Another good example of bad QTEs would be From Software’s Ninja Blade. This game loved Quick Time Events so much that they were advertised on the back of the box. However, the game was almost a 60/40 split in favor of QTEs, as Ninja Blade effectively played itself while you merely pressed buttons.

Quick Time Events are often used to show you animations that were too difficult to develop interactively, while still giving players a sense of control over what they were seeing. Ninja Blade failed so badly because the player was constantly forced to watch the button commands and not the animations. So, while the game itself was throwing beautiful visuals around, the player was too busy concentrating on his controller to notice. The game would have been better off simply using these sections as straight cutscenes so that the player could at least watch what was going on. 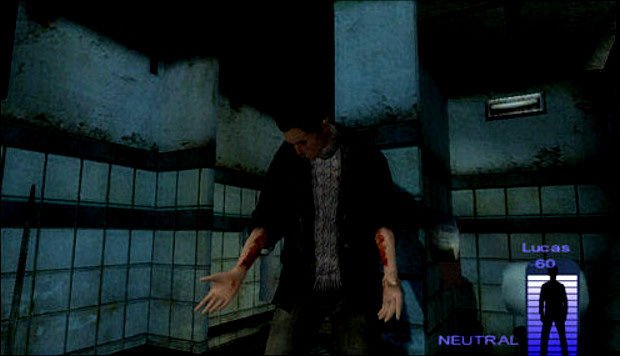 So, how are QTEs done right? The trick is not to overdo them, let them flow naturally as part of the game, and create a plausible illusion that player is truly having an effect on the on-screen action. The best example one could provide is Quantic Dream’s Indigo Prophecy. This macabre adventure game broke up the dialog and investigative gameplay with a number of QTE segments that were brilliantly devised and worked very well. There are a number of things Indigo Prophecy did well with regards to Quick Time Events:

Indigo Prophecy‘s QTEs were, simply put, expertly crafted and they remain proof that the gameplay mechanic is a very valid one that can be just as thrilling as any other interface. Many of Indigo‘s button-press sequences left me feeling exhilarated and like I had accomplished something awesome. The QTEs were tense, action packed, and paced perfectly. I wouldn’t have had that game pan out any other way.

Another good use of QTEs is a game like God of War. Of course, God of War helped popularize QTEs, so the game can certainly be forgiven for using them. Even so, they were used sparingly and sensibly, which is key to a successful Quick Time Event. It made sense to hammer a button when Kratos was pushing a heavy object, and the twisting of analog sticks worked very well when he was yanking a Gorgon’s head off. Not all the commands were contextual — many of the finishers revolved around hitting arbitrary face buttons — but the sequences were not overused and, since there was so much action in the rest of the game, these QTEs merely added to the game, rather than take away from them. 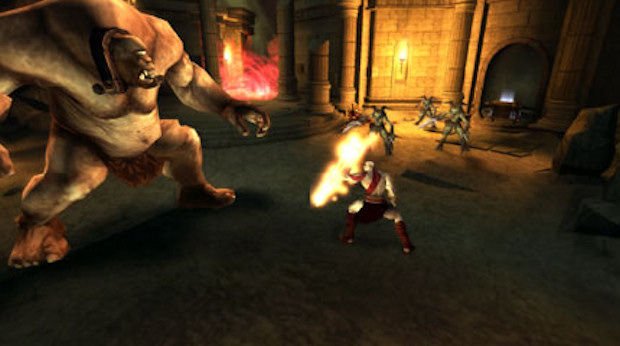 The flow of the QTEs in God of War also worked quite well. You chose to initiate them yourself when performing finishers, rather than be attacked by them when the game decided you MUST press these buttons at the right time in the right place. Immersion wasn’t broken, and these segments were not so overbearing that they felt like they were negatively impacting the game.

Of course, God of War is helped by the fact that QTEs are used to make off-screen ladies orgasm in a sex minigame. That makes a case for the mechanic all on its own.

Sometimes, the only difference between a QTE and what some would call “normal” gameplay is the fact that there are on-screen button commands. Take, for example, Batman: Arkham Asylum. This game was praised for its combat system, and nobody once mentioned the Quick Time Events. Yes, the combat is full of them, but you never considered it because the game didn’t say “Hit Triangle.” Instead, while Batman is beating up bad guys, a little symbol appears above the heads of enemies about to attack. When the symbol is seen, players have to hit the Triangle button so that Batman will counter the attack.

It is, for all intents and purposes, a QTE. It’s just a QTE that’s been dressed up to look more appealing and “game-like.” 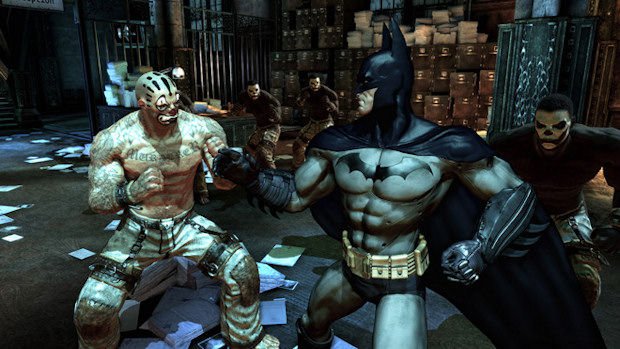 You could extend the idea of the “disguised QTE” even further, in fact. Take your average 2D fighter, for example. A Street Fighter or a BlazBlue. You input a series of arbitrary button presses in order to make something happen. The only real difference is that instead of having the necessary buttons appear on-screen, you have to pause the game and look into the Commands Menu to find out how to pull off a certain move. You are doing the exact same thing as you do with a QTE — you’re pressing predetermined buttons in order to make preset animations appear on-screen. The only difference is the way it’s presented to you. It’s worth thinking about.

Yes, Quick Time Events aren’t always good. In fact, they’ve been tarnished entirely by lazy games that make you button-mash every time you want to open a door. However, done right, they are just as valid a mechanic as any other and, really, there’s not much difference between a QTE and any other instance where you’re pressing buttons to make things happen. It’s all about the presentation, more than anything else.

Sure, hating on Quick Time Events is understandable, but just because there are bad examples of an idea, that doesn’t make the idea itself inherently bad. There are games out there that demonstrate how QTEs can work, and work well, so it’s not fair to instantly judge a game simply because it includes them.

If you disagree with any of that, please hit triangle … NOW!