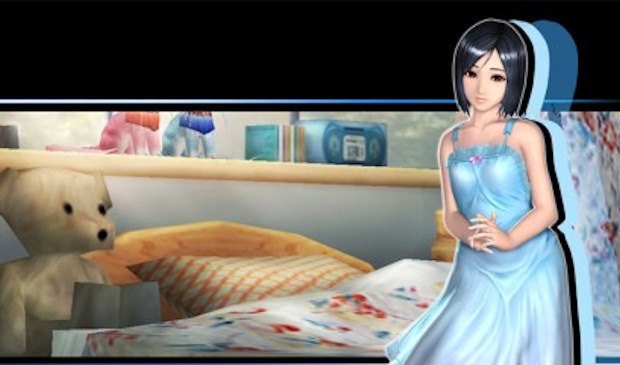 This week, William Usher of the Web site Cinema Blend wrote a rather scathing editorial aimed at the Destructoid community, as well as the community at News 4 Gamers. The article concerned reactions to a story I had written, in which Japanese “rape” games were getting renamed “platinum” games, following the controversy over RapeLay, which has been recently banned due to the outrage it caused when it was found for sale on Amazon.

A number of N4G and Destructoid users criticized the banning of RapeLay, which Cinema Blend has in turn used as a jumping point to argue that those same users must logically enjoy the virtual rape of women, since you cannot defend something without liking the idea of it.

This is obviously an untrue, and very unfair statement. I would defend RapeLay‘s right to exist, but it’s not because I have any investment, or indeed interest, in virtual rape. Defending something’s right to exist has never been about condoning that thing’s existence. Come with me as I explain how one can justify RapeLay being sold without justifying the act of rape.

Before we begin, let me first reiterate that I do not condone rape in any way, shape or form. The more female friends you have, the more rape victims you know. It sounds rather insensitive to say such a thing, and that’s not what I’m driving at. What I’m saying is that sexual abuse is such a prevalent problem, more than you might like to admit, and that there’s a very good chance that more than one person you know has been raped in her lifetime, even if you don’t know it.

Rape is horrific. It is one of the most vile acts one can consider, and many people in the West seem to place it above murder in terms of how evil the act is. At least in terms of fiction, I can agree with that. Hannibal Lecter, a serial killer, is considered suave and charming, becoming an archetypal villain and an almost lovable figure. Of course, it’s never implied he’s a rapist. If he was, I doubt many women would find him quite so charming.

The point of all this is to establish that I am not a fan of rape, even in a fictional setting. The fact that Alex de Large from A Clockwork Orange happens to be a rapist makes him a truly irredeemable character to me. The scenes in which he and his Droogs break into a married couple’s home and rape the man’s wife in front of him is a disturbing scene. So disturbing were the scenes in A Clockwork Orange, in fact, that Stanley Kubrick’s film was banned for many years before finally seeing the legal light of day. I wonder if William Usher would consider A Clockwork Orange‘s acceptance as a victory for freedom of expression, or society condoning rape and “a bit of the old ultra violence.”

This is what the RapeLay argument is all about. The freedom to do something, whether people approve of it or not. My creed has always been that if it harms nobody, one should be able to do what they like, ingest what they like, say what they like. Take, for example, America’s precious freedom of speech. It’s a glorious thing — often misinterpreted and misused by Americans — that protects the right of any individual to say what they want, provided they’re not causing direct harm to others. America has granted free speech to its citizens, but does that mean it condones the things that people say as a result of it? Of course not.

Fred Phelps is a perfect example. The man’s a lunatic. He has said outrageously bigoted and offensive things about homosexuals, about other religions, and about soldiers who have died in the Iraq war. However, the American government allows him to say these things. That does not mean that the American government approves or agrees with what he’s saying. It means that Phelps has a right to express his own personal opinion, and everybody else has the right to express theirs right back at him. It’s a beautiful system, and one I will support, even as a non-American, until the day I die.

“What’s so sad about this turn of events is that games like Illusion’s RapeLay shouldn’t even exist,” argues Usher. “The purpose of the game sees players assuming the role of a rapist and brutally raping select women and underage girls. The game ends if any of the women the player rapes happen to get pregnant. Could there be anything worse?”

The problem here is that Usher wants a game to be removed from existence because he finds it personally offensive. If there’s one thing Usher and I can agree on, it’s the fact that a game involving the rape of underage women is morally and intellectually disgusting. I won’t contest that. However, just because I find something disgusting, that doesn’t mean it shouldn’t exist, and that doesn’t mean people should not be able to create games based upon the subject of rape if they so desire.

Surely Usher, a man writing for a predominantly movie-based Web site, can see that banning videogames or films just because some people find them offensive is wrong, and a dangerous slippery slope. Why, if we ban RapeLay, sure we should ban A Clockwork Orange once again, due to the callous nature of Alex de Large’s rape scene. Bret Easton Ellis’ American Psycho novel is chock-full of casual rape references and some absolutely disturbing examples of violence towards women. Should we ban that? When does the banning end? When we ban one form of art or entertainment, we then make an easy case against all forms of art and entertainment.

I won’t deny some jokes were made in the N4G and Destructoid threads, where people indeed stated that they approve of rape. Of course, they were jokes, not serious statements, and should be taken as such. As far as serious arguments in favor of RapeLay, I haven’t seen too much I disagree with. A few mentioned the differences between American and Japanese standards, and how Americans want to impose their morality on others. We’ve seen so many examples of this that it can’t be refuted. People like Leland Yee and Arnold Schwarzenegger has tried multiple times to impose their beliefs on others when it comes to videogames, and failed thanks to the Constitution.

“We can’t just censor it because it hurts your feelings,” argues N4G user thedukeofkna. “If you don’t like the idea, don’t play the game. That seems simple enough doesn’t it?”

I think that’s a fair statement. However, one other user replied to that with the statement, “So, you like the idea of raping women?” This pretty much typifies the argument that William Usher uses, this convenient jump in logic that equates defending something’s right to exist with approving of that thing. The original commenter never said he liked the idea of RapeLay, he simply said that banning it because others don’t like the idea is wrong. It is wrong.

The N4G community and I don’t exactly get along. In fact, most of their users tend to hate my guts and I tend to laugh at them when they say ludicrous things about Destructoid. In this case, however, I am seeing a lot of statements that I agree with, and a sensible attitude toward censorship that I find overall encouraging. Neither the N4G community or the Destructoid are misogynistic women-haters, as William Usher dismayingly states. We hate censorship, and understand that even if we don’t like something, we have to accept it so that the things we do like will enjoy similar acceptance.

Those who believe that RapeLay should be banned are what I like to call hypocrites-in-waiting, because you know that as soon as something they value comes under fire for being “tasteless” and “offensive,” they will jump right in to defend it. The point is, if you value freedom of expression and of speech, you have to be prepared to defend every form of expression and speech, not just the parts you like. Being a true believer in free speech means having the integrity to stand up for the rights of that which you don’t agree with.

No one person or entity should be deciding what we can and cannot enjoy. That is for us to decide, providing it does not involve the harm of real people. I have never had the inclination to play a rape game, and I doubt I ever will. However, if someone wants to make a game about rape or worse, they should have the freedom to do so and let the market decide whether or not it accepts such forms of entertainment. We alone, both as individuals and as a free market, should make our own decisions about what we want to enjoy. It is not for me, William Usher, nor the government to rightfully decide what people play, watch and talk about.

Rape disgusts me. Rape games disgust me. But they have a right to be here, and I’ll defend that right.