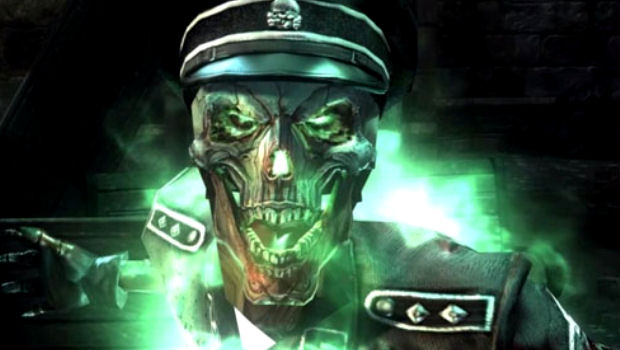 Epic Games designer Cliff Bleszinski has declared that the “middle-class” game is dead. At this week’s Game Developers Conference, the outspoken Gears overlord claimed that the only titles capable of success in the current climate are top-of-the-line, “triple-A” titles or niche indie games.

Of course, not every game can boast a budget of billions, and not every game wants to be a 16-bit art title, scraping by on Steam. What about the “middle-class” games that Bleszinski has pronounced dead? What is a middle-class game, even?

I’ll tell you what it is — it’s something I hope doesn’t go away any time soon. 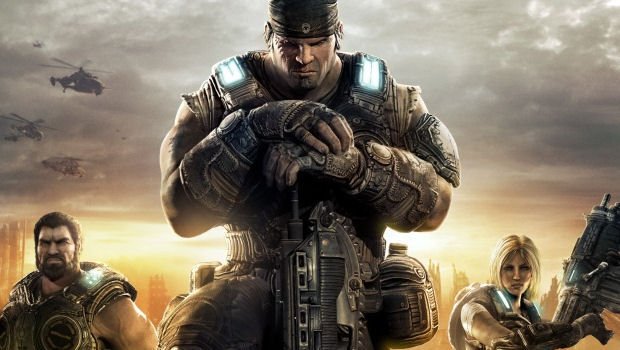 It is with some irony that this subject has been brought up, as I was planning an actual tribute to what I myself had dubbed the “middle-shelf” game — the titles that aren’t necessarily on someone’s radar constantly, but sit comfortably between the big-budget releases and the cult indie hits.

Unfortunately — and here’s where I agree with Bleszinski — that position is far from comfortable. As much as I hate to admit it, Cliff’s damnation of such games is not without merit. As budgets continue to climb due to demand for ever-prettier graphics and ever-deeper experiences, games must drive a lot of hype and make a lot of money in order to survive. If this continues, then the suggestion that games are caught between the two extremes of triple-A and indie becomes a very real possibility.

“I’m going to go on the record and say that I believe the middle-class game is dead,” argues Bleszinski. “It needs to be either an event movie: day one, company field trip. Battlefield: LA — we’re there. Avatar — we’re there. The Other Guys starring Will Ferrell and Marky Mark? Nah, I’ll fucking rent that, I don’t really care — right?

“Or it has to be an indie film. Black Swan — I’ll go and see that. I’ll go to The Rialto or I’ll go to the AAA Imax movie. The middle one is just gone, and I think the same thing has happened to games.”

So, what exactly is a “middle-shelf” game? To me, the best examples are those that do the best they can with limited resources. This runs the risk of sounding like an insult, but I think Raven Software is a superb example of a “middle-class” developer. Raven puts out consistently solid work that lacks the big budget of Gears of War and the niche appeal of Blueberry Garden, but nevertheless provides a fun — if not always memorable — game that’s worth playing at least once. 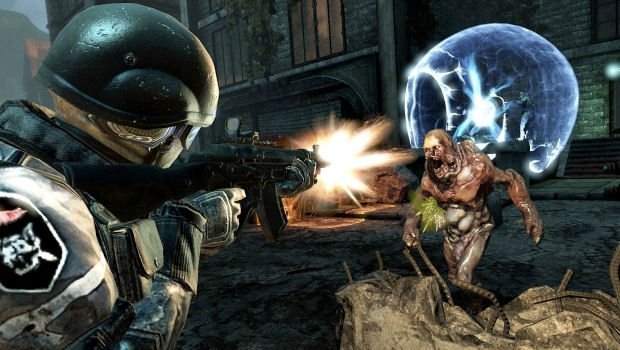 Raven has produced some really good “middle-class” games — X-Men Origins: Wolverine, Wolfenstein and Singularity are all titles that couldn’t hope to compete with the likes of Halo or Uncharted, yet remain perfect choices as games to play “between” triple-A titles. Raven’s recent output is never going to make any “best videogames of all time” lists, but it will always have a significant portion of respect from yours truly for its range of strong, fun experiences that do their best to entertain without the financial backing and corporate confidence awarded to bigger games.

Namco Bandai has made significant strides in the publishing of such games. Enslaved: Odyssey to the West, Majin and the Forsaken Kingdom and Splatterhouse are also fun games that not everybody might adore or find memorable, but definitely deserve a play, and admirably do what they can with the tools at their disposal. Of course, I’d have loved for Enslaved and Majin to be viewed as triple-A games, but that’s another article for another day.

The major problem with these games is that they’re perfect for those who wait for price drops or buy used software. I don’t begrudge any consumer who holds out for a lower price — that’s just wise decision-making. Unfortunately, what’s good for the customer is not always good for the supplier, and the “I’ll wait for the bargain bin” attitude is definitely contributing to the death of the middle classes. When you desperately need your game to rake in a profit, but your audience is going to wait until it’s in a GameStop bucket, you may as well scrap the entire project.

It’s a difficult situation, and one that may be completely inescapable. However, there are things that the industry could — and should — be doing in order to preserve a type of game that I feel represents the majority of the market’s output. After all, comparatively few games can be “AAA” success stories, and not everybody can become a popular independent developer. The middle-class game needs rescuing, and I feel it’s possible. Of course, I can’t speak for its probability, but it’s definitely possible. 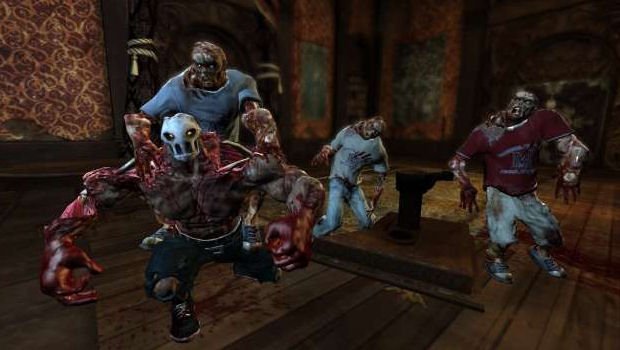 First of all, if we agree that there is such a thing as a mid-range game, it should come with a mid-range price tag. A huge part of the reason for Deadly Premonition‘s success was its $20 MSRP, which was further reduced on Amazon to secure the title a #1 chart placement. Namco Bandai made a prudent decision with the release of Majin, universally lowering the price from $60 to $40 just prior to launch. It’s rare for Namco to be the industry leader in anything other than DLC nickel-and-diming, but the reduction of Majin‘s price is something that I feel the industry as a whole needs to adopt.

Sixty dollars as a standard price tag just doesn’t cut it anymore. Games are expensive, and quality titles are constantly being released. Something has to lose, and it’s not going to be your Epics, your Rockstars or your Bungies. Value is determined by what people are willing to pay for an item, and if the middle-class game is dying, then the market has spoken — most gamers aren’t willing to pay $60 for the likes of Singularity. I’d say somewhere in the $30-40 price range is the sweet spot for middle-class games. If it’s got half the hype of Gears of War, then make it cost half as much.

Release dates are also a huge consideration, and one that constantly frustrates me. Those three Namco games I mentioned earlier were all released in the months of October or November. Not only were the titles squashed together in a very tight window, that window also happened to be during the year’s busiest release season.

As stated earlier, these games are perfect for drought periods. July and August are typically among the slowest months of the year, and this is the time that publishers should be putting out their solid middle-class games. You release something like Enslaved in August for the MSRP of $35, and I am almost certain it would perform well. It would at least stand a better chance than it did when it launched on October 5, 2010, at $60.

The truly exasperating thing is that I don’t think I am saying anything revolutionary. In fact, it’s pretty damn obvious. Lower your prices and avoid unconquerable competition — it’s hardly rocket science, right? Nevertheless, this generation has almost consistently favored the exact opposite of this, as publishers scratch their heads and wonder why the used games market is such a popular one. 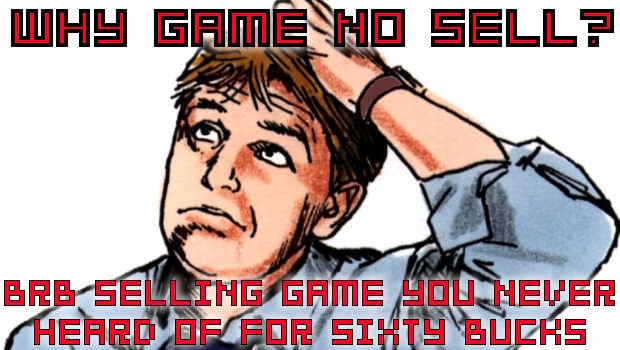 Of course, even if the industry adopted lower prices and better release dates, these games are still ultimately at the mercy of you — the gamer. I cannot force you to buy middle-class games, and I wouldn’t dream of demanding that you abandoned the secondhand game market. What I can do, however, is ask you to perhaps be a bit more adventurous with your purchases. Games are expensive, yes — contrary to what you think, game reviewers still do buy videogames, and we know how much they cost — but if a game looks good despite you knowing very little about it, maybe it’s worth a gamble now and then. The industry ultimately lives and dies by our wallets, and I want to think that we’re capable of lending our support to more than just developers who sit complacent at the top of the pyramid.

Maybe $60 is too much to ask for a middle-of-the-road shooter, but $35? I’d say that’s worth a punt. I thought Majin and the Forsaken Kingdom was worth a try at $40, too. Maybe I was wrong, since it seems Majin will become another franchise to never see the light of day again because it wasn’t Call of Duty.

I don’t want these mid-tier games to go away. I believe wholeheartedly that they have something valuable to contribute to the industry, even though they’re not providing the most beautiful explosions or thought-provoking experiences. Even amongst the mediocrity that this bracket encourages, there are some hidden gems that will inevitably go down with the ship, and I’d hate to see that happen … or least continue to happen.

I love Gears of War, but I don’t want to play it every day. I hope this industry can continue making middle-shelf games for those days when I just want to play something else.