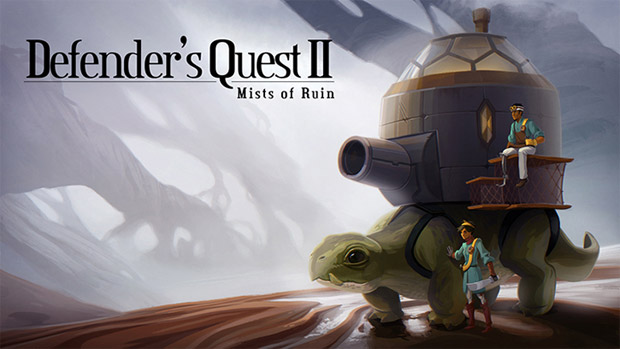 And that’s all I need to know

I’m unsure how many of you played Defender’s Quest. Yes, it wasn’t pretty to look at — but it was a rather excellent tower-defense title, one that featured rock-solid mechanics and a commendable attempt at telling an engaging story. The sequel has been detailed, and it’s got animator Dean Dodrill of Dust: An Elysian Tail and artist Karen Petrasko on board. Oh, this is going to be good.

While Defenders Quest II: Mists of Ruin isn’t going the Kickstarter route, it is running a pre-order drive to help fund development. There are multiple tiers, but the basic one, priced at $15, includes the original game right now and the sequel once it’s finished.

Level Up Labs says it’ll make Mists of Ruin no matter how much money comes in from pre-orders and that “this is just your opportunity to get in early and get some rewards.” If you’re among those who aren’t typically comfortable with crowdfunding, that should put your mind at ease.