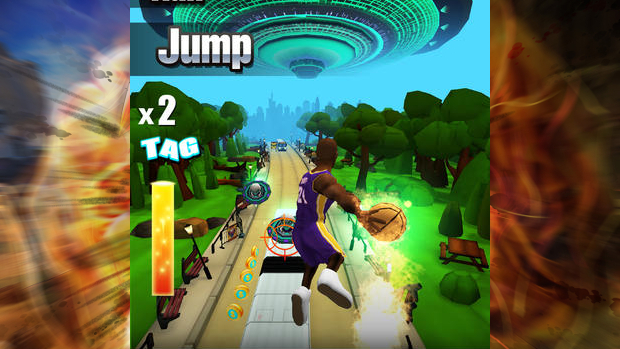 If you don’t have the Space Jam game, don’t want to mod NBA 2K13 into Space Jam, then this new iOS game, NBA Rush, is probably the only way you’re going to dunk on aliens with NBA stars. Unless you start kidnapping NBA stars and find some aliens for them to play basketball against. Which is basically Space Jam.