[The Defense Force is an article series that roots for the underdog, plays Devil’s Advocate and otherwise defends the indefensible. If something’s hated, and we deem that hatred unjust, you can guarantee the Defense Force will mobilize.]

Oh, poor Cait Sith. Final Fantasy VII is one of the most famous videogames of all time, and arguably the most well-known Final Fantasy game in RPG history. Its story is remembered fondly by millions of gamers around the world, and its cast of characters are highly regarded and iconic in their own right. Cloud Strife, Sephiroth, Vincent Valentine, Cid Highwind, each character was an unforgettable, beloved creation.

Nobody likes Cait Sith. Fans call him annoying, worthless, too unpredictable to play with and too obnoxious to be endearing. Only Yuffie comes close to rivaling him for most hated Final Fantasy VII character, but even Yuffie has her fans. Cait Sith can’t boast much of a fanbase at all.

That is why I’m here to give Cait Sith the boost he deserves. This is the Defense Force, and this week we’ve manned the shields and gone to bat for nobody’s favorite stuffed feline. 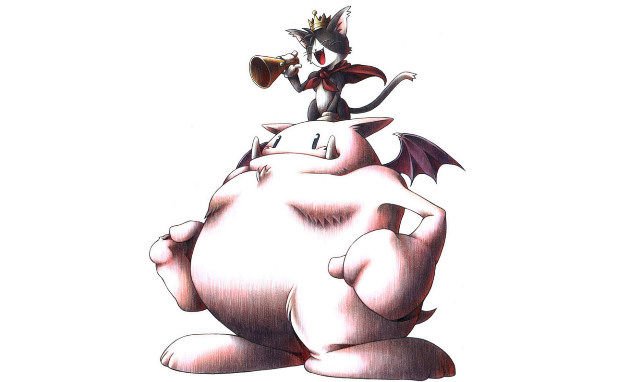 Cait Sith (or Cait “Shit” as some people call him) is a stuffed cat toy that rides a giant Moogle doll and shouts commands with a megaphone. Over the course of Final Fantasy VII, it’s revealed that Cait Sith is merely the puppet of a Shinra executive known as Reeve, who was made to act as a spy for the evil corporation and ultimately betray the heroes. However, he eventually suffers a crisis of conscience and defies his superiors to redeem himself and help his newly won friends.

There are many reasons why people don’t like him, both in terms of gameplay and story. We’ll address the gameplay first and then move onto Cait Sith as a character. One of the main reasons people hate him is because his stats apparently “suck.” He doesn’t have a very strong attack, and his magic skills aren’t exactly stunning. However, those who focus purely on his base stats aren’t using Cait Sith in the correct way. He’s a gambler, a chancer, and he’s a character that should be used by people willing to take risks. Cait Sith’s strength lies not in reliable stat-based attacks, but in his completely unwieldy Limit Break.

The Limit Break itself is a matter of controversy for those who dislike Cait Sith. You see, Sith’s Limit Break is based entirely around chance. His Level 1 Limit is less dangerous, seeing as he merely rolls a dice that determines the amount of damage that he does. However, he eventually graduates to Slots, an attack that could automatically win any battle the party finds itself in. However, it could also eliminate the entire party as well, meaning it’s Game Over for anybody who finds themselves on the losing end of Sith’s powers.

Why can’t people realize that this is actually brilliant? Turn-based RPGs can be so devoid of excitement and a random element like Cait Sith shakes things up. His Limit Break becomes a moment of tension, where one unlucky streak could see everything lost. However, the rewards for success are unparalleled, with absolutely any fight in the game successfully concluded with just one fortuitous gamble. You can kill the WEAPONs with that thing in seconds. Provided of course that you get lucky.

Those who do not appreciate Sith’s Limit Break are, quite simply, cowards. They are afraid of risk and reward, and don’t have the balls to do something that can’t be perfectly predicted and plotted out in advance. Cait Sith is supremely powerful, but also incredibly dangerous. That’s a fantastic element to have in an otherwise routine turn-based RPG battle. Unless of course you’re scared of a little chance. 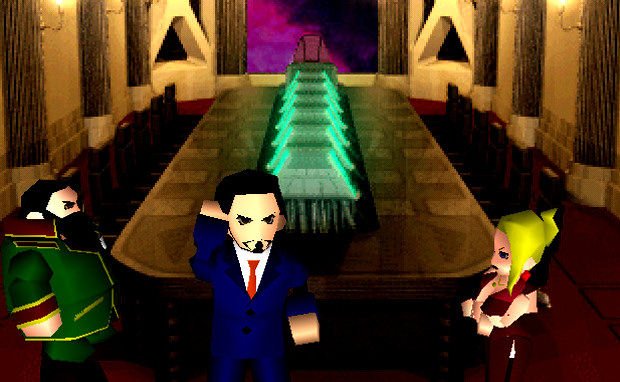 As far as the story goes, Cait Sith was a great character despite what people think about him, and his character arc was perhaps the most resonant. Reeve was a representation of most modern people. He was an underappreciated salaryman trapped under inept and ignorant superiors, forced to do work for which he had no heart, and trying to do good deeds for people that relied on him, even though greater forces than he did nothing but harm. Although Cait Sith was Reeve’s puppet, he was little more than one himself, toyed with by Heiddeggar and Scarlet for their own evil ends. Unlike most of us, however, Reeve was able to revolt and stand up to his bosses, eventually earning his redemption by having some guts and showing his bosses that he wouldn’t be trodden on anymore.

Going back to Cait Sith’s betrayal of the party, I really must question the emotional stability of people who seriously hate him for a simple plot device. One poster in this NeoSeeker thread was so enraged after discovering Sith was a spy, he “killed the character off,” presumably by attacking him with his own party during a battle, and hasn’t revived him with a Phoenix Down ever since, essentially pretending that Cait Sith is dead and that Cloud is just lugging around a giant toy corpse with him everywhere he goes. If that’s considered sane and reasonable behavior among the Caith Sith-loving audience, then I am personally very glad to not be considered part of such a group.

Besides which, everybody loves the story of a reformed villain, and Cait Sith eventually makes up for his behavior — behavior that he never really had much of a choice about in the first place. It was Cait Sith that was able to retrieve the Black Materia to make amends for his actions. Of course, Cloud then proved himself to be an even less reliable hero than Reeve, handing the Materia over to Sephiroth before later coming clean that he was a bigger liar than Cait Sith had ever been. 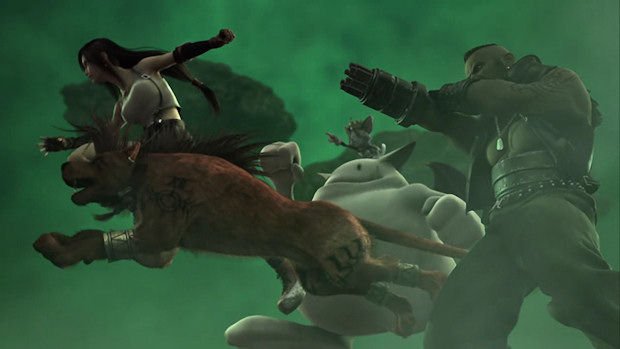 Outside of his moment of treachery, which was in itself a great plot twist, I still don’t get what it is Cait Sith ever did to be considered so “annoying.” Now Yuffie, she was annoying. She was a loudmouthed, cocky, spoiled little bitch who stole things and needed effort to recruit. Cait Sith was never really that overbearing. His dialog wasn’t ever obnoxious or rude, nor was it ever filled with poor attempts at wit. He wasn’t trying to be a “cool” mascot-type character like most anthropomorphic animal, he was just a laid back fortune-teller who even tried to do an adorable little dance to cheer Cloud up after Aeris died. You can’t hate a guy for trying to dance!

There are even those who hate the design, and to those people, I laugh at them because they clearly don’t understand Final Fantasy. Cait Sith was more true to Final Fantasy design than any of the other characters. He embodied the spirit of the old FF games, the type of game that Final Fantasy IX went on to champion. Cait Sith has a memorable, distinctive and comical look, something that was needed to offset the darker, rather po-faced appearance of the rest of the cast. While everyone else was brooding and containing their androgynous rage, Cait Sith at least looked funny. Don’t get me wrong, I love FFVII. However, just because Cait Sith dared to be different from all the other dark-clad, impossibly-haired shemales, that doesn’t mean he was rubbish.

Cait Sith was a good Final Fantasy character and his place in FF VII was well earned. His wasn’t nearly as annoying as people claim he was, a claim I feel was made purely because of how he looked. We’ve got a word for that where I come from — racism! He might not be the most reliable party member, but that’s where the fun lies and anybody who thinks his Limit Break “sucks” clearly doesn’t have the backbone required to make use of it. I urge all who previously overlooked, ignored or outright hated this character to truly examine what it is about the character they actually dislike. If you look hard enough, I’m sure you’ll find the little Cait Sith that’s inside all of us.