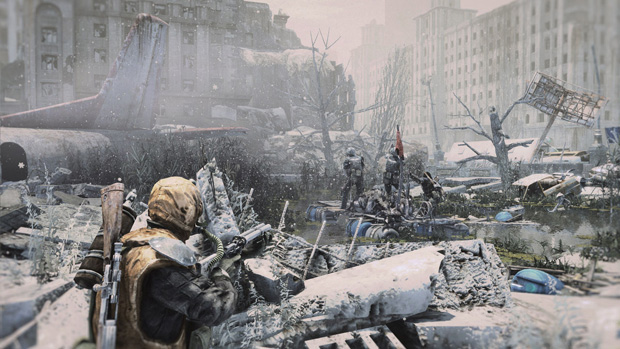 4A Games will bring its post-apocalyptic Metro shooter franchise to Xbox One and PlayStation 4 (and PC, again) with Metro Redux, according to a pair of leaked images. Publisher Deep Silver has gone on record to say these are from an “old, internal planning presentation, containing some nuggets of truth but a lot of hypothetical ideas and place holder material.”

The publisher decided against dodging the rumors with a non-comment, instead writing that the reveal of Metro Redux isn’t ready yet, but an announcement is coming “this side of E3. And we think the reality is a lot more exciting than the out-dated material that got leaked shows, and we’re itching to share it with you. Just not yet.”

Major props to Deep Silver for being transparent about the leak. How refreshing.

Rumor: Metro Redux Coming to PS4, Xbox One & PC [All Games Beta]
A short letter to the Metro fans – past; present; and future… [Metro]