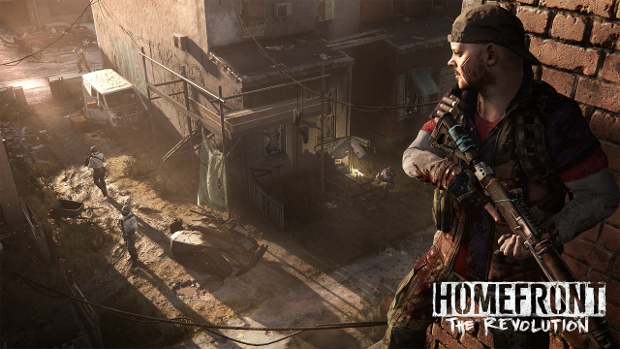 It looks like things have finally come to a head at Crytek. The troubled publisher and developer behind Ryse, Crysis, and the upcoming Homefront: The Revolution has taken major steps to secure its own future. Crytek has sold Deep Silver and Koch Media the rights to the Homefront franchise and all current assets for The Revolution. Despite the change in ownership, the team at Crytek UK will continue work as Deep Silver’s Dambuster Studios.

“We are thrilled to see another great IP joining the Deep Silver universe,” said Dr. Klemens Kundratitz, CEO of Koch Media Group. “We strongly believe in the potential of Homefront: The Revolution and trust in the new team to continue the path they have been walking in the last years.”

Back in 2011, Crytek’s UK branch began work on the sequel to the first game after its original developer was shut down. However, after the collapse of THQ, Crytek promptly purchased the IP and found a new publisher in Deep Silver. We finally got to see the fruits of its labor at this past E3, and our own Brett Makedonski was reasonably impressed with what he saw.

But unfortunately things weren’t meant to be, and all sorts of drama began to show itself coming out of Crytek. Even though the company looked to have had a competent, and even enjoyable game on its hands, it just wasn’t in a position to make it work for the long haul. Perhaps Deep Silver stepping up to the plate was exactly what this franchise needed?

What do you think, readers? Are you optimistic for the Homefront IP after the change of hands?