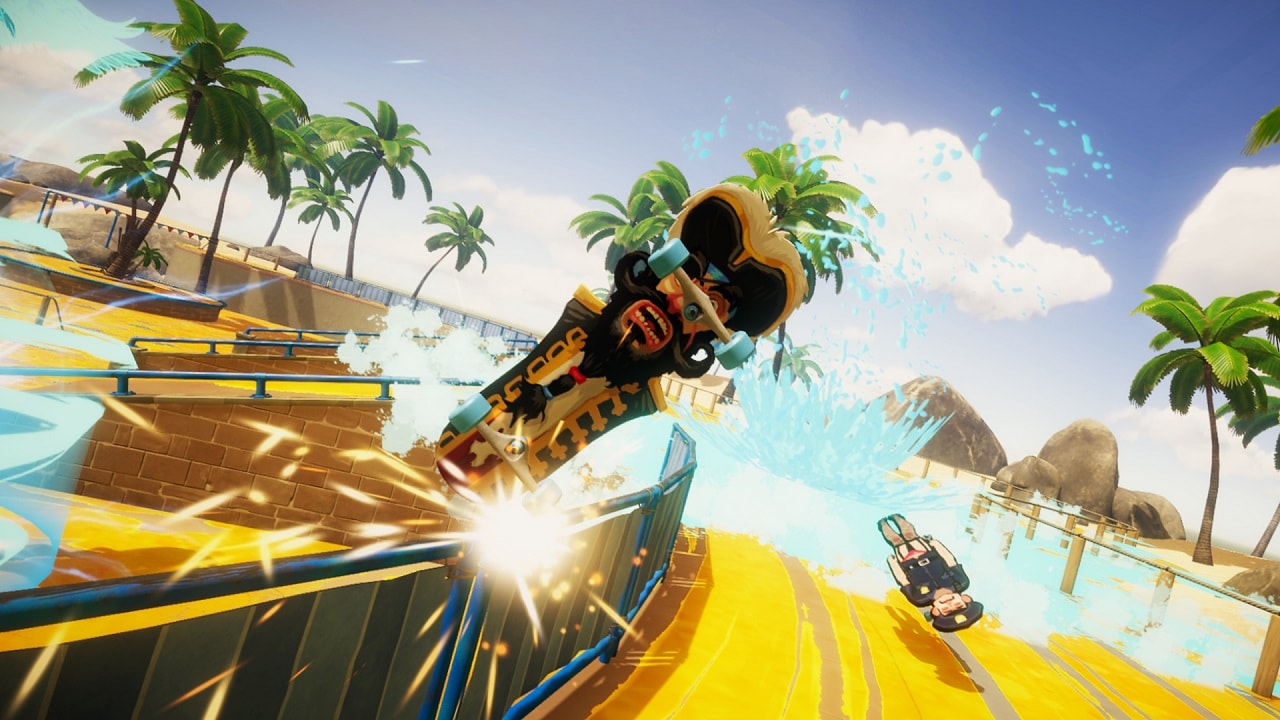 Bossa Studios is best known for making games where slippery physics are a feature, not a failure. The I Am Bread developer has a knack for taking a simple premise and turning it into a game that plays like a digital slapstick comedy.

Decksplash meshes the colorful chaos of Splatoon’s paintball battles with the gravity-defying spins of Tony Hawk’s Pro Skater. Two three-player teams duke it out in a skatepark arena, spreading paint by flipping, grinding, and chaining together combos.

Despite riding a skateboard for over a decade, I’ve never participated in a paint ‘n’ skate battle. I don’t know whether I’m missing out or if Bossa Studios is just ahead of the curve when it comes to skating trends. We’ll find out more as the Decksplash rolls towards a release later this year.