Explore the story, or just go create things with other players

Last week, Destructoid brought you the first real details on Windborne, the next game from Hidden Path Entertainment heading to Steam on the PC. Now we can exclusively debut the first gameplay trailer showing off the game’s world. Note that while a lot of what you see appears in third-person, the game is actually presented in first-person view.

Windborne is a social sandbox title where you can explore the game’s story, or just go play and create stuff with friends. We’ve so far learned that there will be a tons of places to explore, dragons that you can breed, and there’s a big emphasis on community too.

We spoke with Michael Austin, CTO of Hidden Path Entertainment, and he’s given us some more details on what we can expect out of the game. 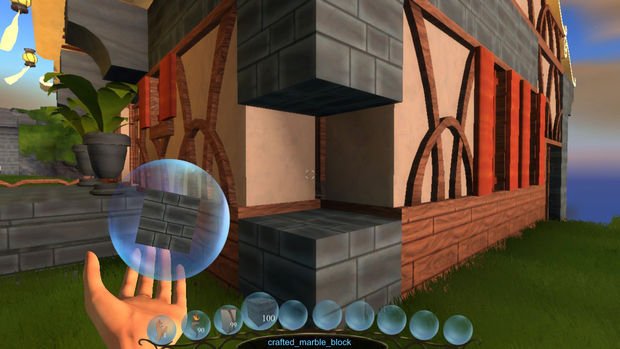 Story wise, Michael tells us that there’s “an evolving single-player mystery that players can choose to investigate at their own pace, and you can continue to invest time in your island or guide it towards a self-sustaining state in order to focus more on exploration, interaction, and collaboration with other players.” That said, you can “just completely ignore the quest lines and just build, and at any point you can take your single-player world online.”

As for the crafting system, Michael wasn’t ready to talk specifics on that but did tell us that gathering resources will play a big part of the system. You’ll need blueprints to build things of which you can find on quests or through researching them. Those Jin characters we mentioned before will be able to help you build masterwork items too.

Hidden Path will continually update the game through Steam with more content, which will be free. Additionally, Michael told me that they “plan on leveraging Steam Workshop, Steam Trading, and Steam Community Marketplace so players can create new blocks and blueprints and sell them to each other, and possibly even new biomes or player-created dungeon types.”

Lastly, I asked Michael about the dragons you can get. While you can have many dragons, there will be one that’s special to you. “We want the relationship with your dragon to be really special but not limit you to how many you can train and hatch, so one dragon will be your constant companion (where it enables special moves), and the others will do things that are interesting to them on your island.  They are not just different skins, but have favorite foods and locations they enjoy, so observing your dragons is part of the fun.”

We’ll have more details on Windborne when we go hands-on with it later this month at PAX Prime.

Filed under... #Exclusive on Destructoid#Interview#Notable#sandbox