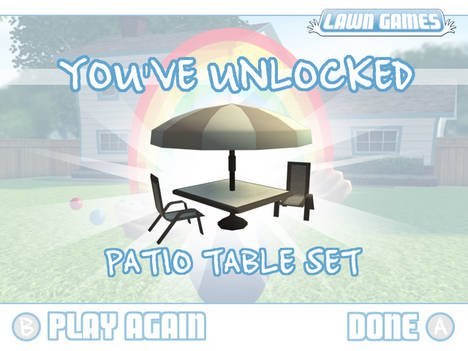 CDV Software Entertainment held a little press event this past Wednesday in San Francisco where they showed off some of their upcoming releases. Of course, in classic CTZ fashion, I was late to the event. By a full day. Ron Workman was actually at the event and thanks to him, I did get to check out a few of their upcoming titles.

Lawn Games is going to be the first console title to be published by CDV. CDV has been known as just a PC publisher, but they’re looking to branch out this year with this new Wii game along with a few DS titles.

Lawn Games is a casual sports game in the style of Wii Sports and will contain Croquet, Volley Ball, Badminton, Tether Ball, Bocce Ball, Lawn Darts, Horse Shoes and Lawn Dice. You’ll be able to play on eight different backyards from around the world and customize your backyards as well as your characters. Lawn Games will be up to four-players and have full WiFi support too.

Lawn Games was the only title I didn’t get to see in person, but I am a little interested in playing this. Sure, the onslaught of casual games is getting crazy, but sometimes I just want to sit on my couch and play a game that takes no mental effort. Plus, I really want to play some Tether Ball. Look for Lawn Games to drop towards the end of this year.