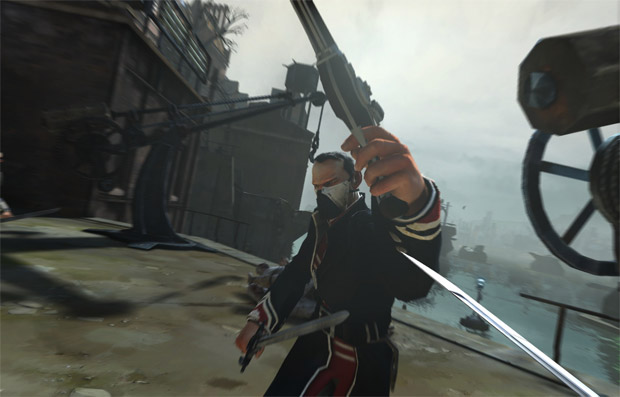 I wasn’t the only one taken by surprise over Arkane Studios and Bethesda’s reveal for Dishonored, looking at your reactions. The Game Informer cover was mysterious enough, and then we found out about some of the big industry names attached to the project. We’re hooked.

Now, Game Informer is back with more details as well as the first screenshot, shown above. As a wrongfully accused bodyguard with supernatural powers and odd gadgets at his disposal, you’ll be assassinating in style. Apparently, you can summon a swarm of rats and then possess one of them to escape. Uh, yes.

I would like to do that, thanks! Dishonored is also said to track the amount of collateral damage you cause, behind the scenes, with the obligatory promise of a changing world based on your actions. We’ve certainly heard that one before, but I’m cautiously optimistic, given the talent responsible for this game.

Getting To Know Dishonored [Game Informer]