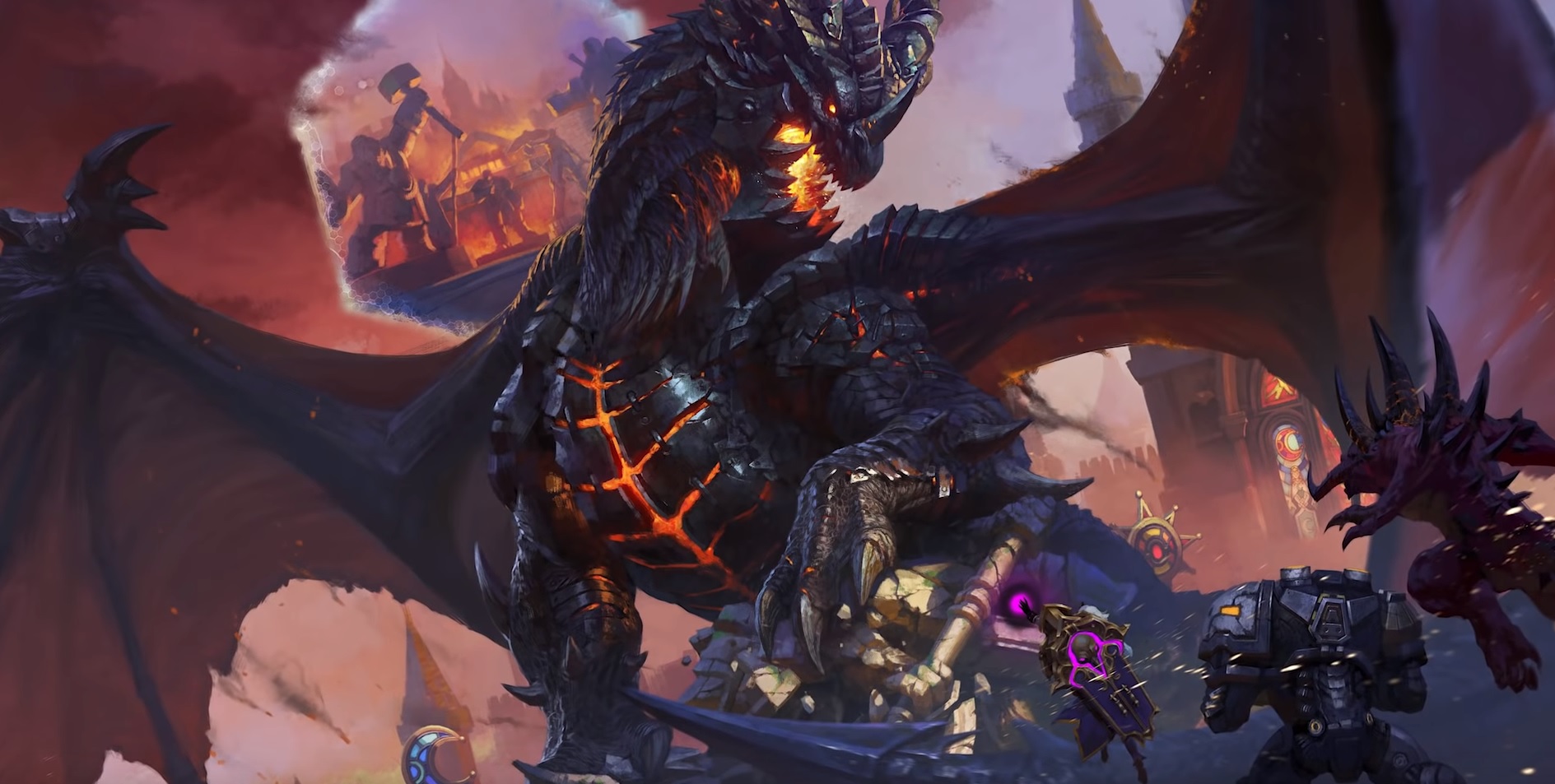 If only it caught on

I’ve been playing Heroes of the Storm for over four years now. There are very few games that manage to keep me captivated that long, but alas, the Heroes team managed to grab me where so many other MOBAs haven’t.

While others chase DOTA‘s fame, Heroes did its own thing, and lived/suffered from that boldness. Now it’s invited Deathwing into the fray, who is one of the most exciting and requested characters to date.

Deathwing’s main claim to fame is that he’s permanently unstoppable by default, and operates much like a MOBA boss character. He’s big, with tons of health and an array of moves at his disposal. Conversely, he also can’t be buffed or be healed by teammates (instead he’ll be doing the latter by flying up in the air and escaping, which naturally takes him off the battlefield and out of the equation). It’s a striking set of mechanics, but one reserved for what is the most-requested hero from the community and a huge part of the World of Warcraft lore.

He’s also a ton of fun to play, which fulfills the whole power fantasy angle Blizzard goes for with new characters. There hasn’t been an influx of traversal-heavy heroes, so having the option to peace out and fly over a wall to another skirmish makes playing Deathwing more strategic and engaging. He also has access to two forms (Destroyer and World Breaker), which grant different abilities that you need to keep track of, typically of the skillshot or area-of-effect variety.

Deathwing is kind of a mix between an assassin and a warrior, able to dish out lots of damage in short order as well as tank. You can also customize his build to be more tanky or live life on the edge, putting out more hurt if you fall below a certain life percentage. Cataclysm, one of the flashiest heroics (ultimates) in the game, has its cooldown refreshed after taking down a fort or a keep. Deathwing is a beast, and the only thing I’d change at present is swapping his form change from “1” to “D.”

With Blizzard taking a step back from Heroes, now is the time to experiment and give us more weirdness like the RTS-themed Abathur did so many years ago. Deathwing is one of the most refreshing hero releases in a long while, certainly this year amid a few safe choices.

Deathwing is currently in beta (via the PTR, or public test realm), and is expected to arrive in the live version sometime next week.