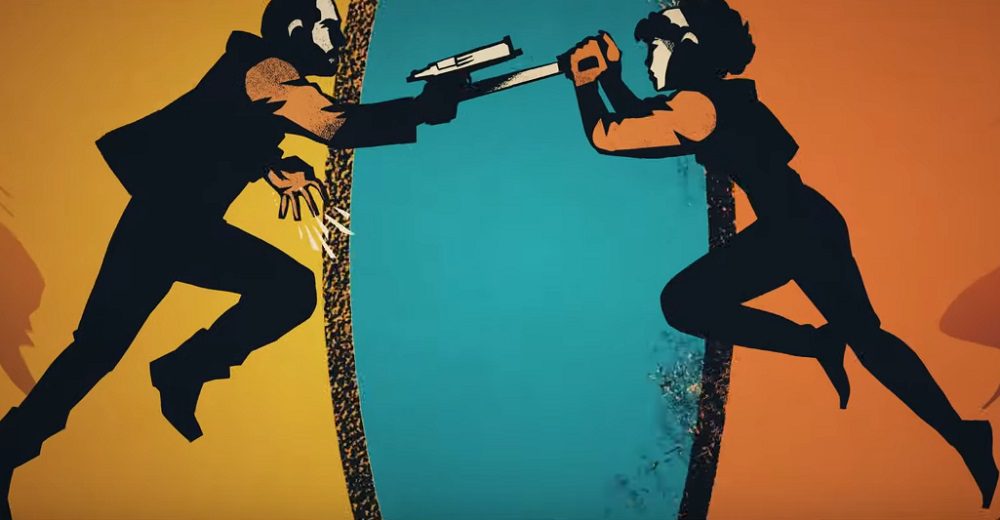 As a nice little musical interlude during last night’s PlayStation State of Play presentation, Bethesda released a new gameplay trailer for Arkane Studios’ riotous looking shooter Deathloop, which is headed to PS5 and PC on May 21.

The video features a veritable banquet of first-person carnage, as protagonist Colt run ‘n’ guns his way through an endless cycle of death and rebirth, brought about by an island of eccentric assassins, headed up by the stylish and deadly killer, Julianna. As Colt faces death time, after time, after time, he must find a way to eliminate his targets, take down Julianna, and end the literal cycle of violence for good. It looks like one badass game, that’s for sure.

The new gameplay trailer is backed by a track recorded especially for the game: “Deja Vu” by Sencit feat. FJ0RA, both of whom I’m far, far too old to know. The track almost undeniably has a decadent and epic “James Bond Title Sequence” vibe, which is well suited to Colt’s shadow-chasing, quick-drawing lifestyle. It’s a slick and sexy song, and only serves to further hype Deathloop‘s subversive action, cool characters, and sense of style ever more.