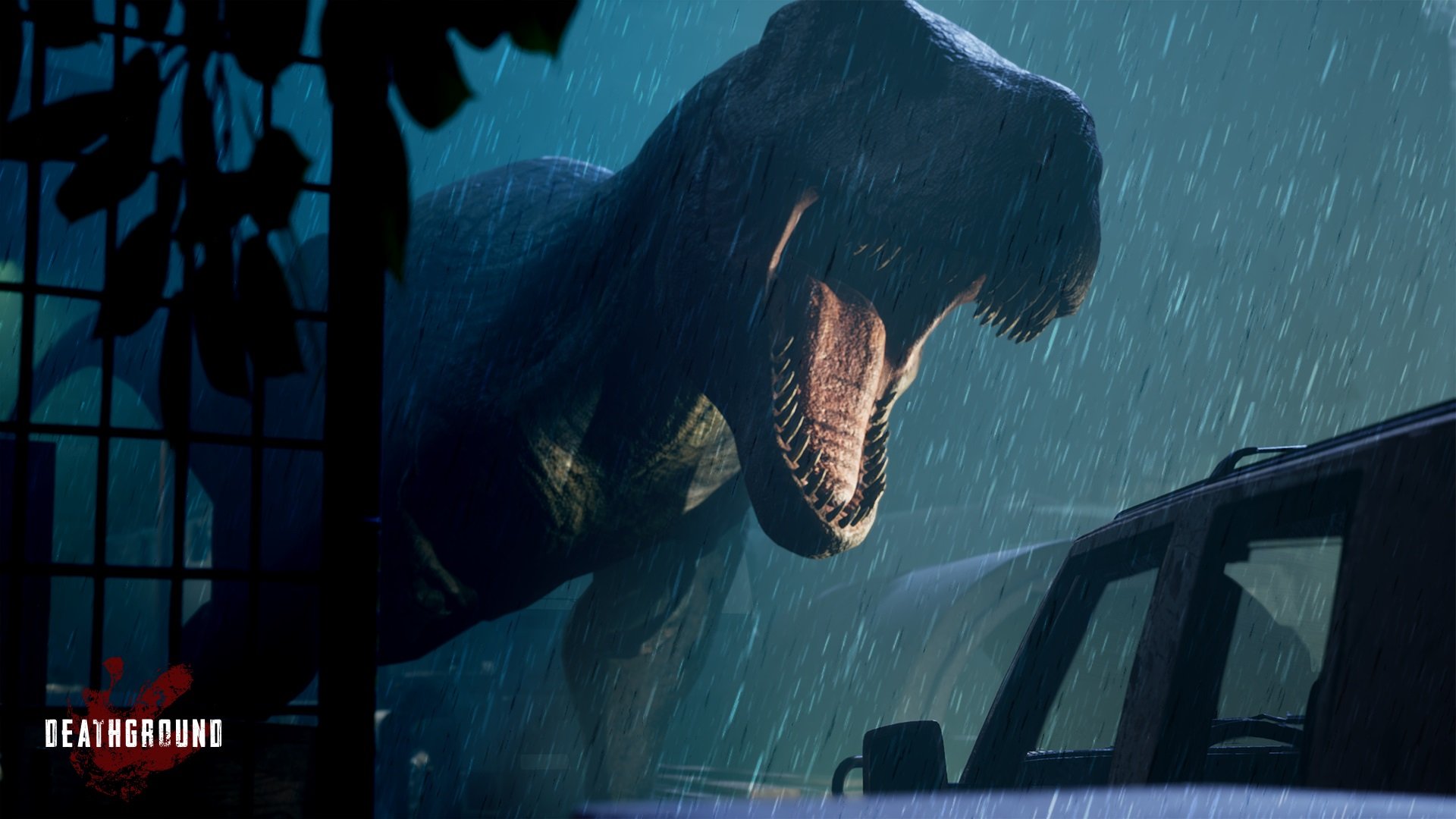 Despite Deathground very clearly trading in Jurassic Park vibes, this dinosaur death romp might have more in common with Alien: Isolation than anything else. Hold onto your butts.

Just watch that reveal trailer. Look at how the raptors stalk the humans just like the Xenomorph cleverly pursues Amanda Ripley to all corners of the Sevastopol. Check out that motion-detection scanner that’s extremely reminiscent of the one in Alien: Isolation. Hell, there’s even a mechanic for hiding inside lockers until the threat takes its hunt elsewhere.

Similarities, there are many — but they only ratchet up my excitement for Deathground. Six years ago, Alien: Isolation was one of the finest video games I’ve ever played. It’s the rare piece of Alien canon that felt like it accurately captured how imposing and frighting and absolutely terrible a Xenomorph should be. I’ll revisit that but with the inspired choice of dinosaurs. I’m finally ready for a game to be oppressively stressful again.

Deathground works a little different than Alien: Isolation, of course. Most notably, it’s a cooperative multiplayer game. It can be tackled solo, but it can also be played in groups of three. Also, there’s a class component to add an RPG-type feel. The three classes are engineer, scout, and hunter.

However, Deathground isn’t necessarily happening. It’s on Kickstarter right now trying to raise $100,000 in a month. It’s a quarter of the way there. There’s also a Steam page which maybe lends a little more credence to the idea that Deathground will eventually materialize. Developer Jaw Drop is only aiming for a PC release at first, but wants to bring Deathground to consoles sometime in the future.