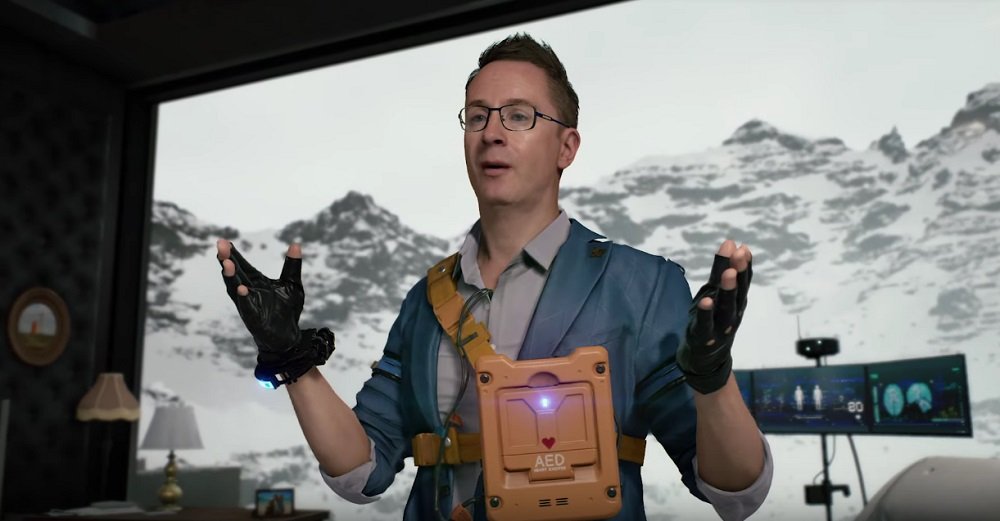 Dying for a living

Sony Interactive and Kojima Productions have dropped a new character trailer for upcoming odyssey Death Stranding. The two-minute video introduces us to the character of Heartman. The clip was previously shown to audiences at last week’s San Diego Comic-Con event.

In Death Stranding, Heartman plays a BRIDGES associate who spends his time living in short 21-minute periods. After his heart stops at the pre-allocated time, Heartman spends three minutes searching for his family in the great unknown before being automatically resurrected by a defibrillator attached to his chest. As such, Heartman lives a very staccato existence, where death is, quite literally, his way of life.

Heartman is portrayed in Death Stranding by Danish filmmaker Nicolas Winding Refn, who lends his likeness to the flatliner. Refn is known for his esoteric, colourful and often downright weird films such as Drive and The Neon Demon, alongside his recent miniseries Too Old To Die Young. It also goes without saying that all of the above are uniformly excellent. Fight me.

Death Stranding is scheduled for launch on PS4 November 8.