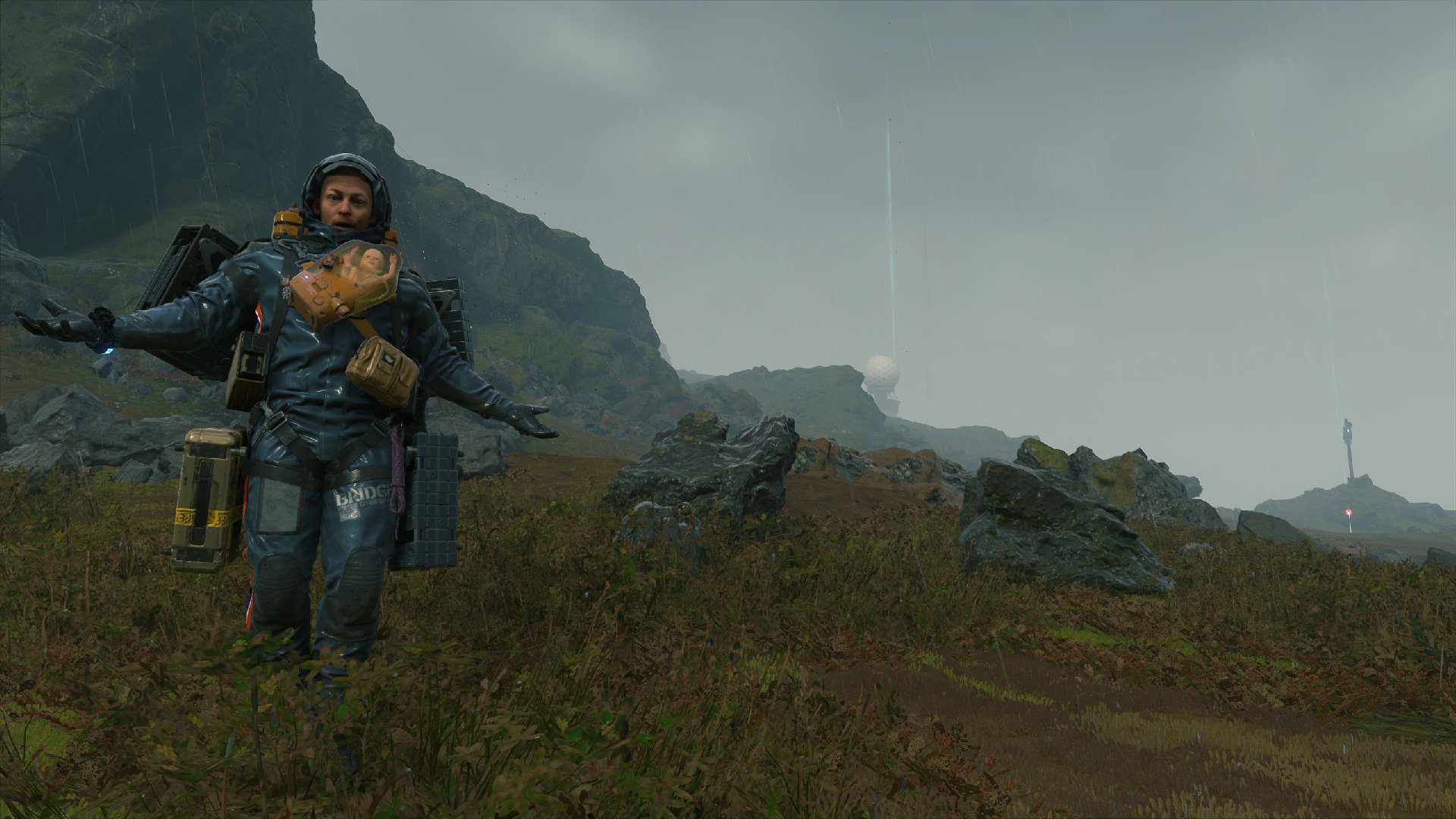 In Death Stranding for PC, you can wear a headcrab on your head and drive around in a Half-Life branded van.

Seriously, what else do you need to know?

Images were taken with the in-game photo tool.

While we may no longer be getting games from Kojima using the Fox Engine, the Decima engine that Death Stranding is built on looks absolutely incredible here. In fact, seeing that Horizon Zero Dawn also uses this engine gives me a very good feeling about that upcoming PC port, assuming the same amount of effort is put into it.

The first thing that jumped out at me while exploring the graphical options was the ability to turn on DLSS. While only available on specific NVIDIA cards, it was easily the biggest boost to both graphics and performance available. I had less success with DLSS while playing Control, so I wasn’t quite sold on it until Death Stranding showed me the way. While rending at 2560×1440 resolution, with everything on the Very High setting, DLSS was able to keep my framerate above 110 at all times during gameplay (it’s locked to 60 in cutscenes).

Lowering the resolution didn’t actually show a huge increase in framerate, and neither did changing the graphics settings. In other words, the game ran well on my rig regardless of what settings I used, but one thing always remained constant: DLSS improved graphics quality and framerate, regardless of what else was on/off. The biggest jump, naturally, in performance came from lowering the resolution; playing with the settings within a resolution showed little framerate improvement during gameplay.

As expected, streaming the game to a Steam Link (over Ethernet) saw a big dip in framerate; settings that would push 110+ FPS on my computer were in the 40s and 50s over Steam Link. That being said, stabilizing a framerate with the settings and playing on the big screen felt nice, and this isn’t a game that needs super precise, no-latency controls.

The game supports both controllers and keyboard and mouse incredibly well. The game will auto-detect when a controller is connected. There is also an option in the menus to change the button prompts between traditional Xbox, PlayStation, and Switch button icons. Having played the game using both a controller and keyboard/mouse, I feel comfortable saying that either is a great way to play.

A big mechanic in Death Stranding is bracing and balancing Sam and his plethora of packages. On the controller, this is done by holding both of the triggers down. Using PC controls, it’s done by holding down left and right click together. These can be reassigned in the menus, but to me, default controls felt good from the start. There is also a great accessibility feature included to allow the player to simply press the buttons instead of holding them.

The game supports saving at any time, which is great, though the menus are a bit confusing and clunky to use. There’s the in-game menu that’s assigned to Tab, and the system menu that’s brought up with Escape. Saving only happens in the Tab menu and it’s under the Systems heading, which can be confusing because there’s also a heading titled Data. The in-game menus also don’t always have mouse controls, which is odd considering every other menu does. 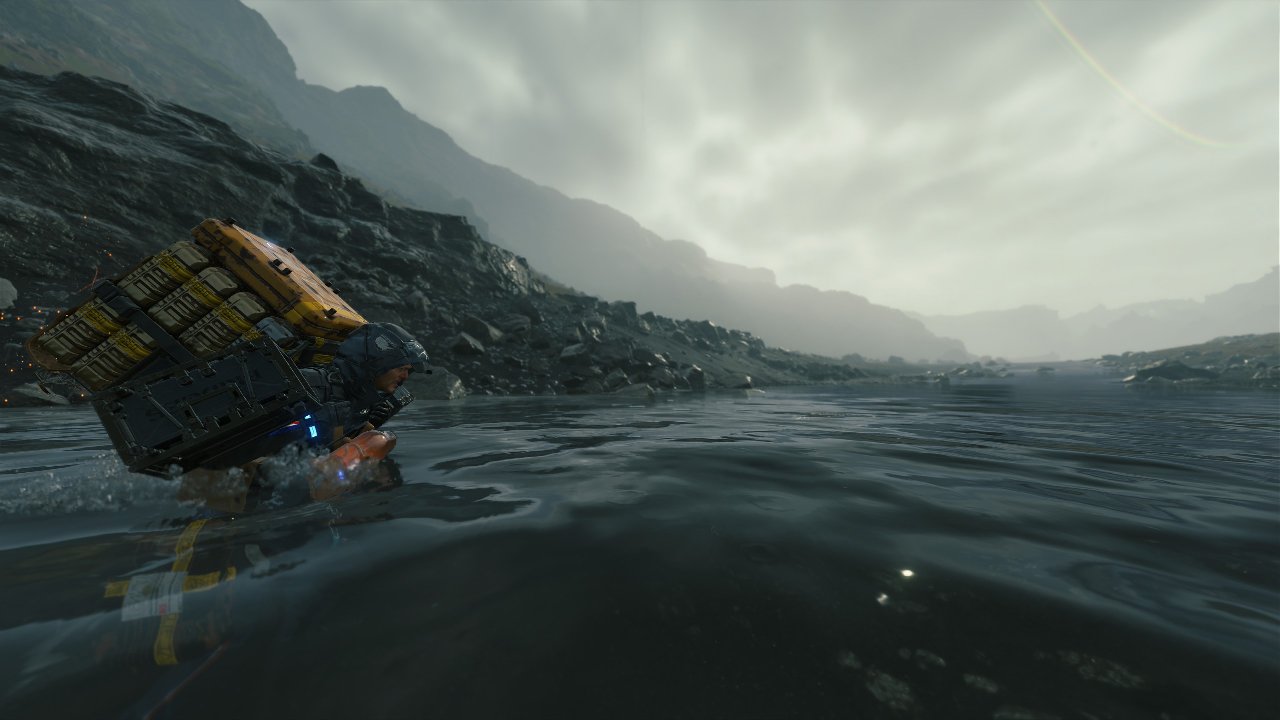 Beyond running well and looking tremendous, the PC version of Death Stranding has ultrawide support (I was not personally able to test this) in addition to an extra difficulty, so elegantly titled Very Hard. Whether or not the Half-Life content and an extra difficulty mode make the game worth the “double dip” for those who already own the console version is up to the individual.

As someone who didn’t really know what Death Stranding was, I basically instantly fell in love with its premise. It’s essentially American/Euro Truck Simulator but walking and also instead of traffic there are evil ghost things. The absurdity of the baby-on-the-chest and the overall premise is perfectly Kojima, and I can’t wait to explore more of this world he’s creating. Well, mostly I just want to keep hearing Sam talk to himself and psych himself up. He’s a real treat.