Should really be ‘Death Cubed’

Most modern puzzle games feature one unique mechanic, introducing it plainly at first but building on it over time. Braid had its time manipulation. Portal had its… portals. Death Squared is a little bit different.

If there’s one idea tying all of Death Squared together, it’s that nothing is ever quite the same. A lesson learned in one level may be useless (or even counterproductive) in the next. Its greatest consistency is its inconsistency. 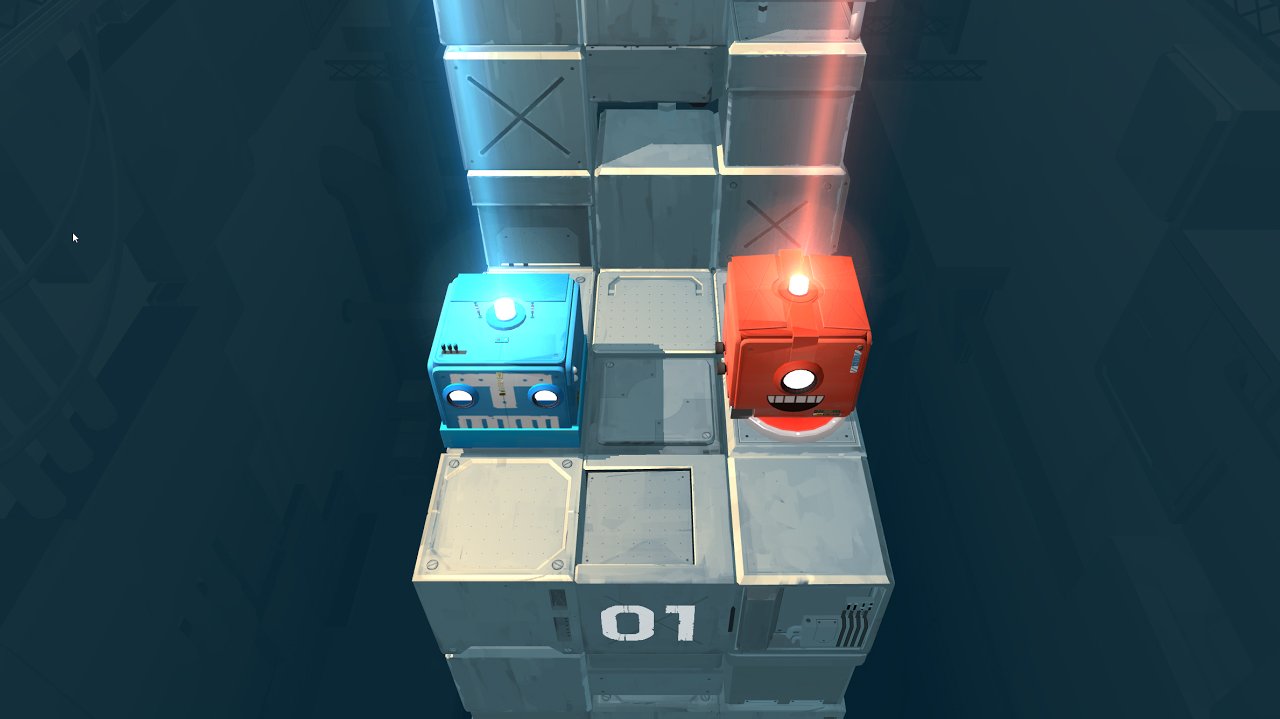 Death Squared‘s puzzles fall into the category of “get to the exit,” or more accurately, get each colored robot to its specifically designated exit. The obstacles in the way of this objective are a series of traps, but only a few rules governing them remain constant. For instance, a red laser will destroy any robot except the red robot, or a blue ghost block will bar movement for all but the blue robot.

The lasers aren’t the only things subject to changing rule sets. Spikes can appear out of nowhere under certain conditions. Platforms will shift and rotate depending on where a particular robot is. Sometimes the goals themselves will move, or stepping on a goal plate will activate a deadly device. As a primarily multiplayer game, there is a ton of accidental robocide, since the simple act of moving forward might set off a trap somewhere else in the level.

There are two sets of levels; one is built for two players and the other is made for four. Three players can play on the four-player levels and one can play on the two-player levels, requiring one person to adopt a Brothers: A Tale of Two Sons style of twin-stick play. It’s as difficult and unnatural a control scheme as it has always been, but the methodical puzzle play of Death Squared at least allows time to mentally switch between the two controlled ‘bots instead of having to move them simultaneously.

One of the developers mentioned testing the four-player levels as one person to make sure they were solvable, with each thumbstick controlling one robot and the triggers switching from red/blue to green/yellow. That sounds hard.

No, the way Death Squared is intended to be played is as a group. Given its penchant for handing out death in unexpected ways, it makes communication paramount, not just to share theories and ideas about a solution but also to highlight each different player’s experience. At the beginning of a new level, most players will test their immediate surroundings, but might not be aware of the effects their actions have elsewhere.

Toward the end of the PAX demo, our four-person team was functioning like a well-oiled (but still imperiled) machine. I was giving my input about solutions, and random convention-goers I had just met were sharing their ideas back. On one puzzle, we all clicked together, seeing what needed to be done, planning it out, and executing it without destroying each other even a single time. 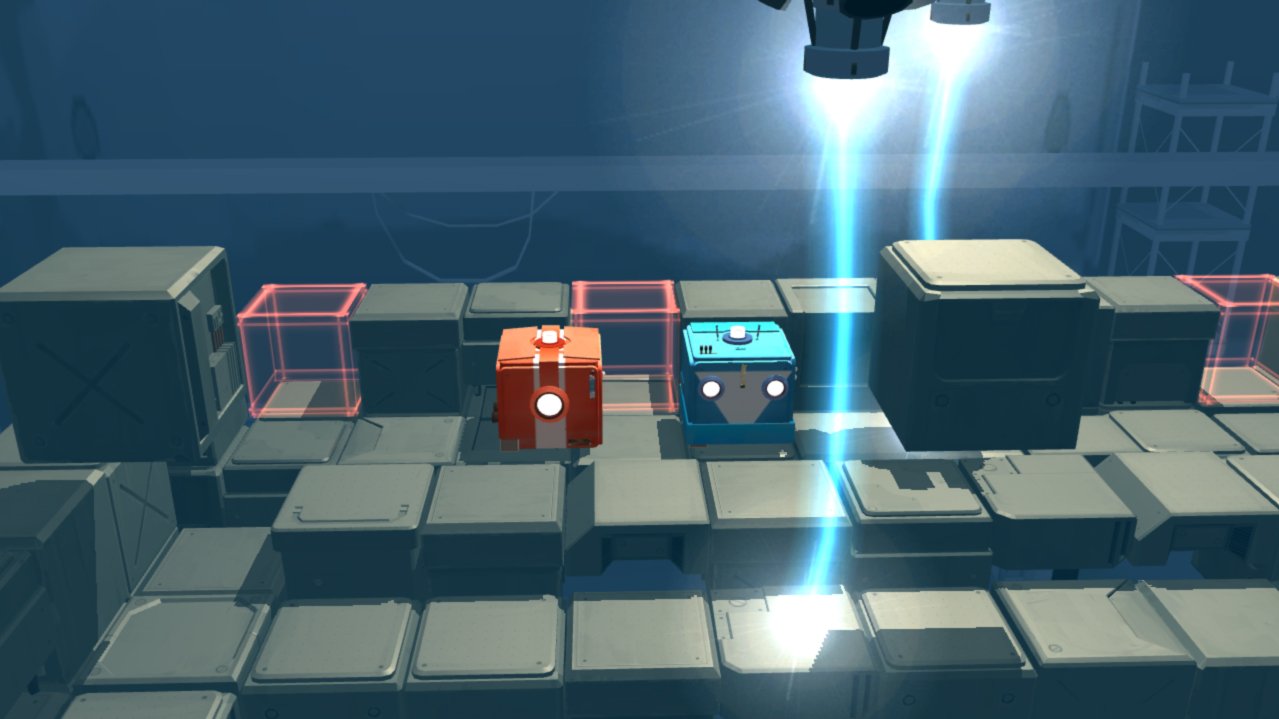 Though many deaths are a result of each level’s unpredictable logic, restarts are quick enough that it didn’t feel frustrating. Trial and error is a necessary component to solving some puzzles, with many throwing curve balls just before the robots reach the goals. Puzzle players who are used to being able to look at a problem and know its solution right away will have to spend a bit more time to recalibrate, for each and every new level.

Maybe that’s the thread that ties Death Squared all together. It’s not that it introduces a simple mechanic in the beginning and builds on it. It’s that every level is a new beginning, and the discovery of the basic mechanic for any given level is what’s important.

[Disclaimer: SMG Studio put a Destructoid cosmetic customization in this game (see first screenshot above). We didn’t even ask them to do it! I think that’s pretty cool, but I didn’t know about it until after I played this.]