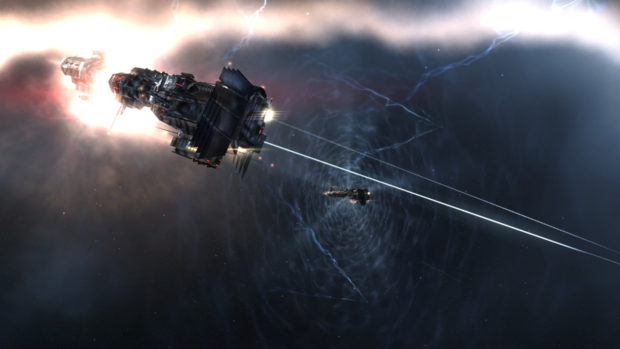 On Tuesday, an American consulate in Libya was attacked by an extremist mob. During this attack, Sean Smith was killed. In addition to being a foreign service information management officer, he was also one of the pillars of EVE Online’s major alliances known as Goonswarm.

In honor of his death, Goonswarm is organizing a massive fleet to fly across the skies of EVE. This fleet will be made up of the largest ships available in the game, and they will be destroying everything in their path. A proper farewell to a member of Goonswarm. This fleet will begin flying at 3:00PM EST today and you can watch a livestream on Lazarus Telraven’s channel. All proceeds raised from ads and page views will be donated to Smith’s wife and children.

Smith was more than just a dedicated player, he was also a member of the CSM, EVE’s player-run council that regularly talks with CCP, the developers in Iceland.

Ned Coker, CCP’s public relations representative, had this to say about the matter: “I can tell you that CCP Games and its employees are overwhelmingly saddened by the news of Sean Smith’s passing, as we are when we learn of any player who is tragically lost. Many of us interacted with him professionally and personally and, honestly, it feels like our words are lost — adrift amongst such a tremendous, soul-affirming outpouring from the ‘EVE’ community.”

As an EVE player myself, this is very sad news. It sucks to see a senseless act of violence take the life of someone who enjoyed life so much. It’s also awesome to see how amazing the EVE community is reacting to this. There are stations being named in his honor; the forums are filled with condolences. Reading some of EVE’s subbreddit might just make you cry. Go watch that stream and help them raise some money.

Filed under... #EVE Online#Things gamers do