I’m standing on the PAX East convention center floor with a controller in my hand. On the screen in front of me is a pissed-off bear wearing nothing but a backward, purple hat. He seems poised and ready for me to guide him through a room full of swinging axes and deadly spikes. The bear’s angry scowl should convey confidence, but I’m still hesitant. Super Rude Bear Resurrection‘s first level is rather intimidating.

As I fiddle with the controls for a moment and get a feel for how the game plays, developer Alex Rose encourages me to move forward and leap onto the looming axe. Even though he already mentioned that Super Rude Bear Resurrection is an “insanely challenging platformer,” I can’t help but feel like his suggestion is a half-joke. How would intentionally killing myself, on the game’s first obstacle, illustrate just how hard it is?

I give in and guide Rude Bear to an untimely death. He’s still scowling as he leaps towards the blade and sticks the landing. But unlike almost any other game, my intentional death doesn’t just mean starting over. Instead, I respawn an instant later and see my past body, still stuck on the axe’s swinging blade, has turned the deadly mechanism into a safe platform to use.

“Every death makes the game a little bit easier,” Rose mentions casually. “You can use it to your advantage.” 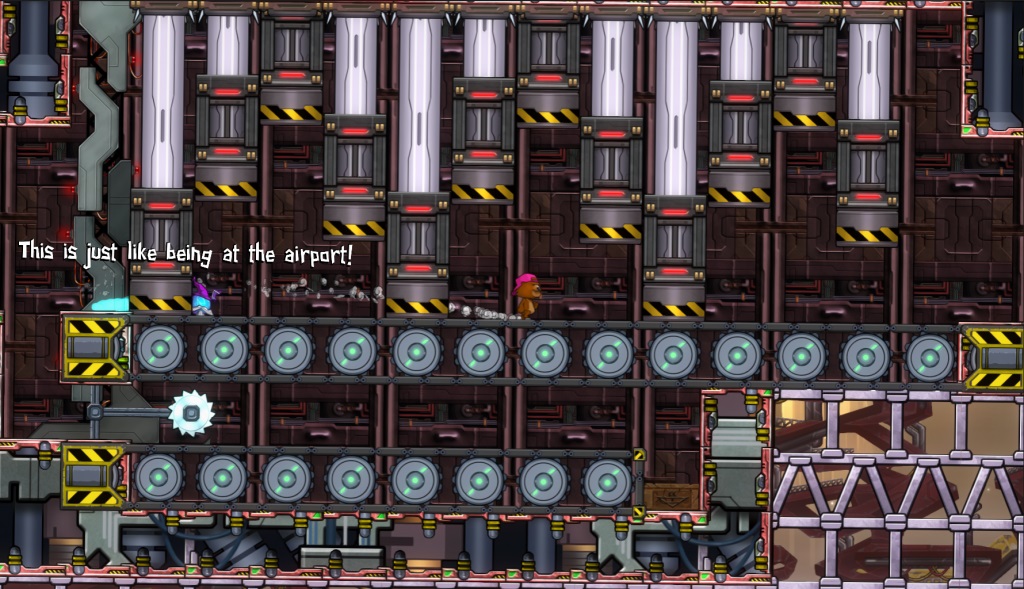 Super Rude Bear Resurrection isn’t just a simple 2D platformer. Though Rose’s elevator pitch-style introduction to its basic premise conveys a sense of challenge — he’s quick to mention that the game is fucking hard — it doesn’t paint a complete picture. It’s Meat Boy masochism turned up a notch, but with the caveat that failing can sometimes be the key to success.

I played around forty minutes of Super Rude Bear Resurrection alongside Rose. I sucked mostly, trying to master its mix of tight platforming, wall jumps, and dizzying death traps without messing up too often. But even my best efforts still equated to a death toll that inched into the hundreds on a single stage. Rude Bear is one tough-ass game.

Difficulty isn’t all that the game has going for it. As Rose guided me through a selection of levels from Super Rude Bear‘s different worlds, I found that if anything, it’s a game that plays with expectations. Even within a series of consecutive stages, there’s an emphasis on shifting gameplay mechanics. Anti-gravity and short-range teleportation mix with lasers and spikes at one moment, but in the next, players might have to navigate through a series of long corridors as missiles are right on their tail. Rose’s approach to level design is as nuanced as it is dynamic and because of this, Super Rude Bear Resurrection constantly keeps you on your toes.

Where other games might get lambasted for the constant drip of new challenges and deathly pitfalls, Super Rude Bear Resurrection makes it all part of the fun. Because Rose elected to make a game where death functions as a variable difficulty selector, every single challenge can be overcome, it just takes either raw skill or a series of dead bear breadcrumbs. During my time with the game, I learned that there’s no real shame in dying, and tried to figure out how to best use my corpses to overcome seemingly insurmountable objects. It’s a bit of a different approach to standard platforming, but it’s one that I can’t help but appreciate. 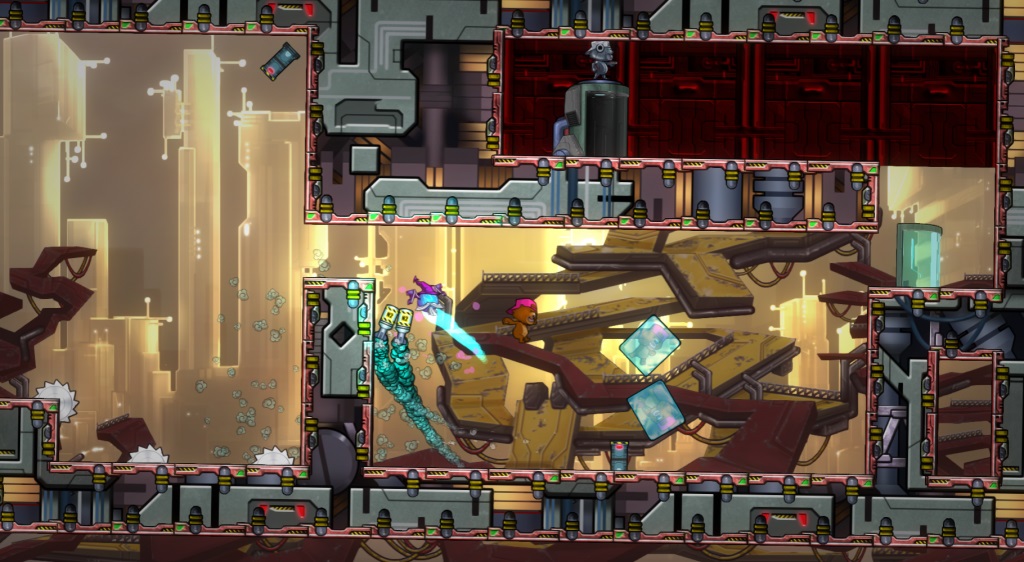 “You can beat it without dying a single time,” Rose told me, as I played. Though it doesn’t seem possible based on my experience, I’m sure that it is because shortly after he mentioned the possibility of a deathless run, I watched him crush a series of levels that made me want to break out in a sweat without missing a beat.

And speaking of beats, Super Rude Bear Resurrection‘s soundtrack absolutely bangs. Even surrounded by countless people on the convention center’s floor, I was sucked in by the game’s aggressive grime soundtrack. According to Rose, every level has its own accompanying music, produced by Manchester-based grime guru Deeco. The music is tough-as-nails, much like the game it’s found in, and packs an extra layer of attitude to an already rad experience.

Based off of the slice of Super Rude Bear Resurrection I was shown, there’s no doubt that it will find an audience. Rose’s innovative approach to player death, well-designed levels, and hard-hitting soundtrack make for a heady mix. I walked away from my demo sure of one thing: I’m ready to die a few hundred (or thousand times) with a smile on my face when it releases later this year.