For helping make point-and-click adventure games popular again and for single-handedly proving that episodic gaming could be a successful and creatively fresh way of releasing videogames, I will always love Telltale Games. The company could call me up and ask me to somehow impregnate them, and I would happily agree. Sure, the process would be confusing and messy, but little Chadtale Sammax Threepwood would be one cute, Loom-loving kid, I’ll tell you that right now.

But sometimes these things I love the most in the videogame industry display oddities that get me nervous about their future.

Enter “Dear [insert videogame-related item]: I love you, but …”, a new randomly-appearing series that focuses on one very specific, very troubling concern surrounding something I absolutely adore from the world of videogames. This week’s premiere target? Telltale Games.

But what could I not love about the designers at Telltale? They make incredible adventure games, they are revitalizing some of my favorite series, and I am going to be the father of their freaky, man/developer child!

Hit the jump for one growing concern I have for a company I thought I would never say anything negative about.

Dear Telltale: I love you, but …

… the graphics in your adventure games need more variety.

Now, I am not saying I don’t necessarily like the graphical style you utilized in games like Sam & Max Save the World, Wallace & Gromit’s Grand Adventures, and Tales of Monkey Island. In fact, the character design is top-notch and — in the case of Wallace & Gromit — fits the original source material perfectly.

But take a look at these three screenshots from Sam & Max, Wallace & Gromit, and Tales of Monkey Island, respectively: 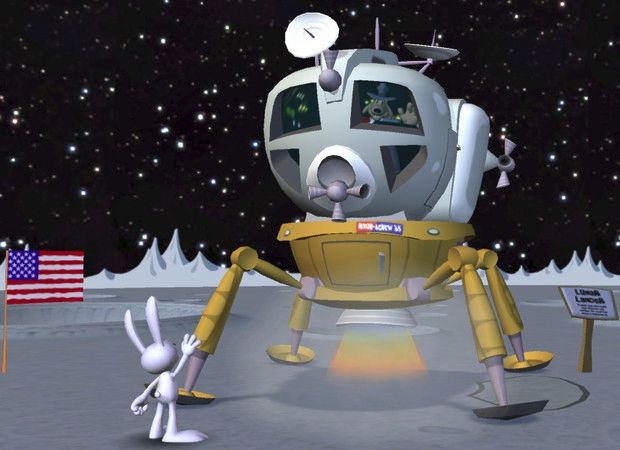 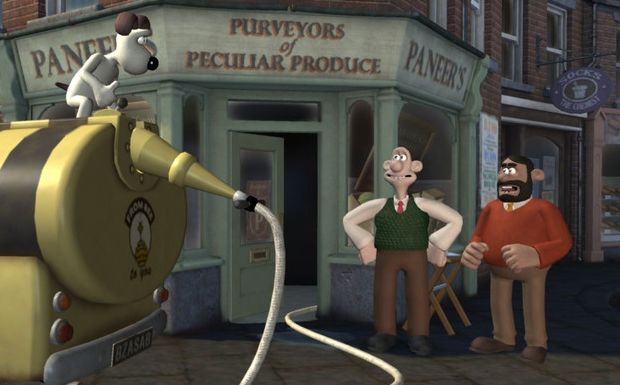 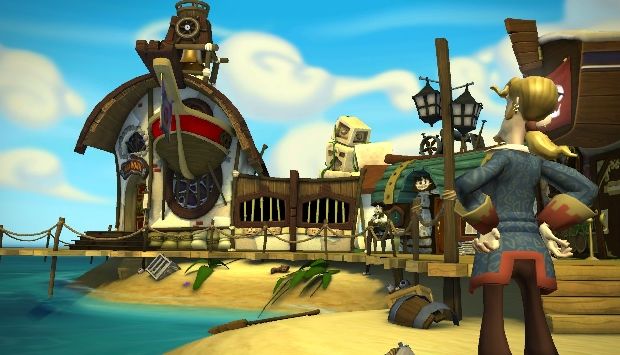 On a basic graphical level, each of these games essentially looks almost the same.

For one, every character — while possessing different overall looks — is composed of a set of structured 3D polygons that give them strikingly similar design aesthetics. I am not naïvely insinuating that all 3D polygonal character designs look identical, but that’s my point: for some reason, in your games, they do.

I think this has a lot to do with the — and I mean this with the utmost respect — generic art direction.

With Wallace & Gromit’s Grand Adventures, things seemed to be heading in a positive direction. While the episodic games are still composed of the same 3D, polygonal graphics, the slightly imperfect textures on all the characters gave a hand-molded look, perfectly aligning it with the original animated clay films. 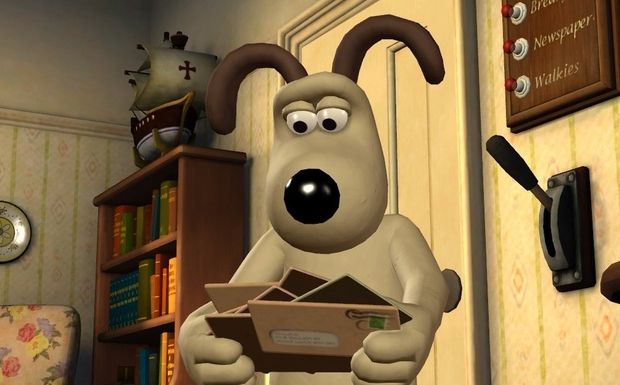 But even with that “sculpted” look, the basic design sensibilities found in Sam & Max and Tales of Monkey Island are still evident: mainly plain, almost uninspired art direction.

Let’s look at Sam & Max Save the World for the perfect example of what I am talking about.

Here is a screenshot from an interesting set piece featured in Sam & Max – Season 1: 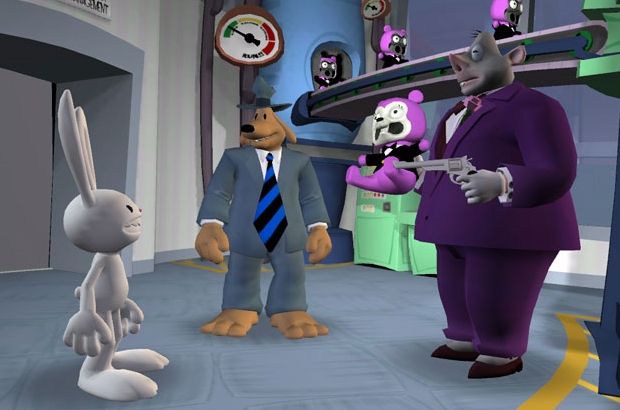 By itself, there is nothing at all wrong with this. As I mentioned before, all of your games look perfectly fine.

But take a look at a set piece from Sam & Max’s original adventure game, the PC-exclusive Sam & Max Hit the Road: 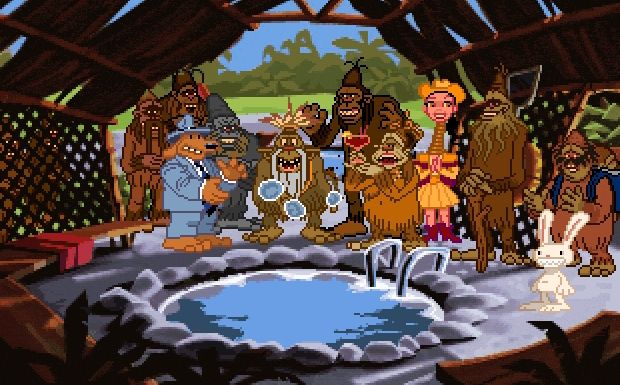 Now, comparing these two shots could boil down to personal taste, but I think it is more than that.

Check out the dynamic lighting in the older game’s screenshot — the shadow cast on the folded towel is the perfect item to focus on. Pretty beautiful, huh? Also, the colors in Hit the Road pop off the screen, while the palette in Save the World seems to blend together and mute the overall visuals.

Similar comparisons can be made in regard to the artistic details: in Hit the Road, the details are marvelous accomplishments (take a look at the straw in the margarita!). In Save the World — and this also relates to all of your adventure games — these surprising details are replaced by large, very stylistic, angled 3D models. Again, not bad … just not as breathtaking as the original graphics.

Even the presentation of all your games lacks the variety of others in the adventure genre.

Almost all of your games keep the main character the same size throughout all the different backgrounds the main character walks through. Even when characters are bigger, the camera angles always seem to stay the same: very close to eye line, not moving up and down on any vertical angles. Other adventure games, on the other hand, use simple things such as different camera angles and extremely pulled back views to help spice up their graphical presentations.

Here are some screenshots from a couple of your most popular adventure games — note the size of the characters on-screen and their relation to the surroundings: 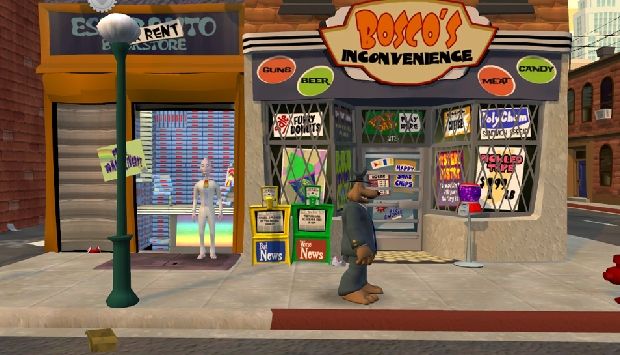 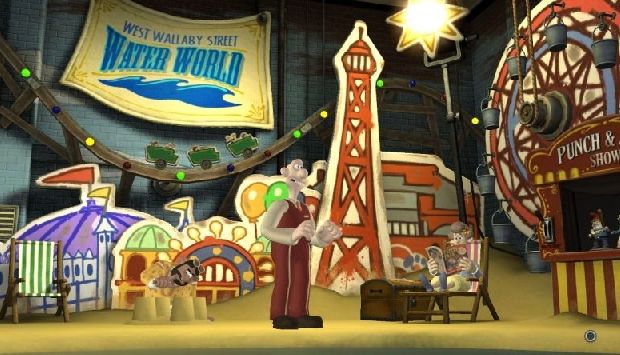 Now, here are a bunch of more dynamic scenes from other adventure games: 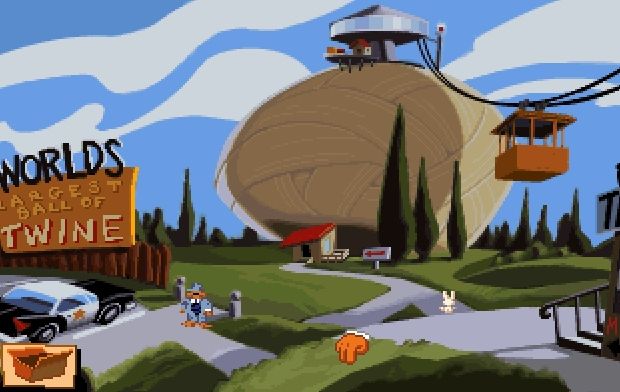 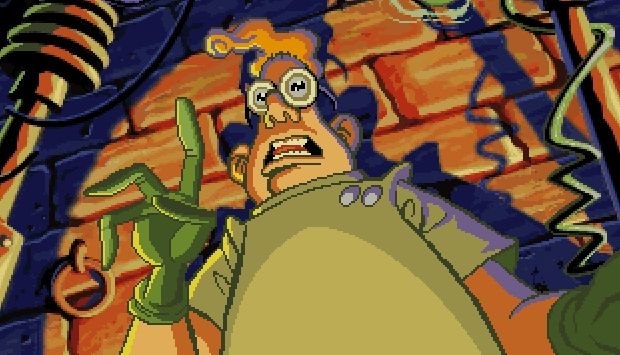 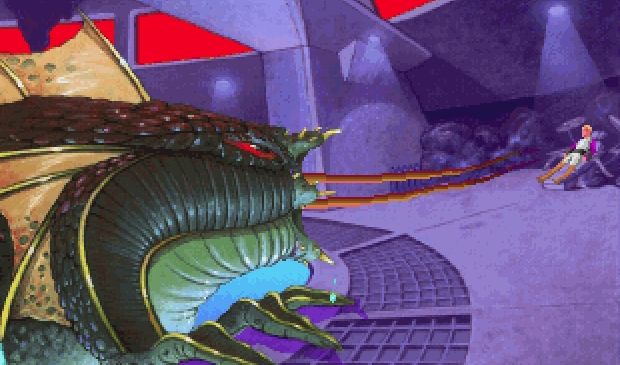 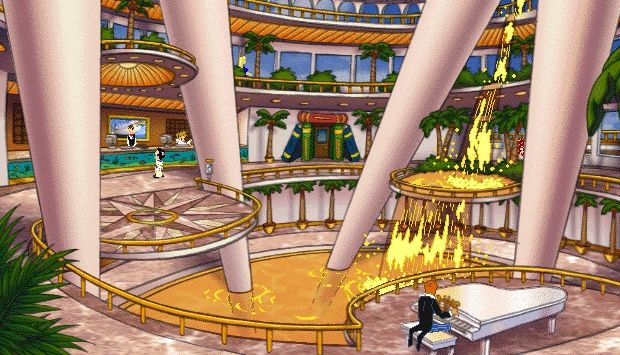 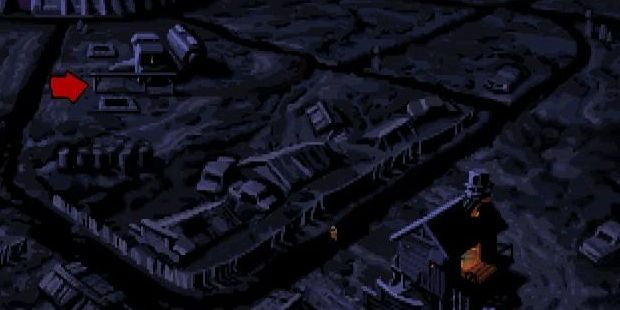 You see how small details such as changing how the player views the action can make things feel so much fresher (even when using the same graphics in the same game)?

To drive the point home one more time: I am not saying that you are creating ugly games (that is not the case at all!). It’s just that all of your adventure games are starting to look exactly the same. How much do you want to bet that your next episodic adventure game announcement sports generic 3D graphics that look very similar to those found in Sam & Max Save the World or Tales of Monkey Island?

Look, you are making me so ridiculously happy by releasing these marvelous adventure games. But wouldn’t it be amazing to see each one come out with a completely new graphical style? As much as I would kill to see a new episodic Full Throttle or Day of the Tentacle, I am starting to grow tired of the same old basic 3D look. Variety is the spice of life!

I love you, Telltale, but it’s time to change up your graphics. (Although I will still put a baby in you either way.)

P.S. Here is some (adventure game) food for thought: 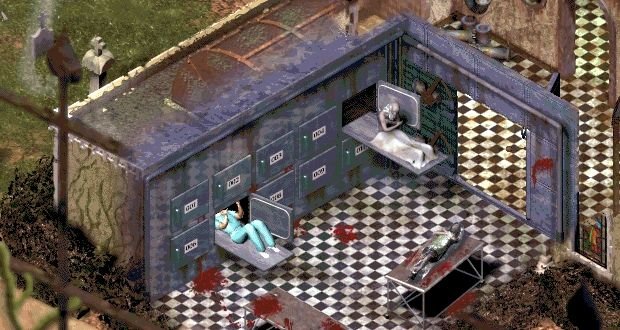 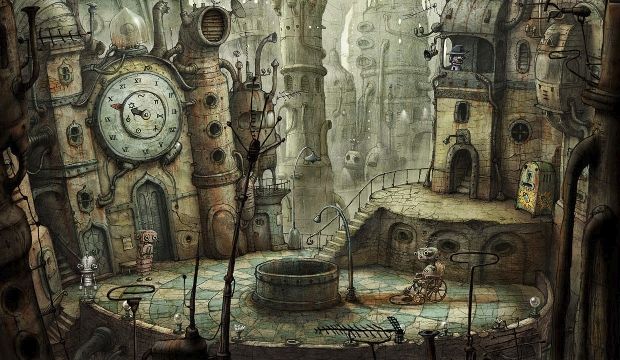 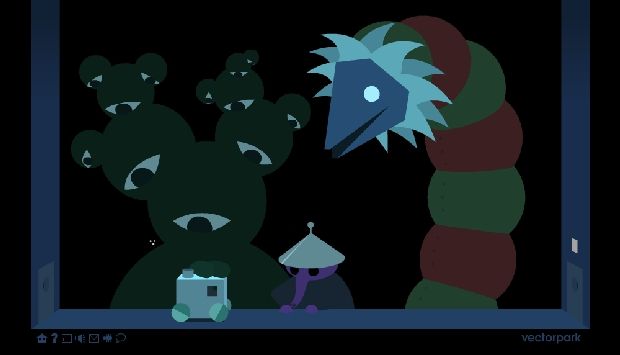 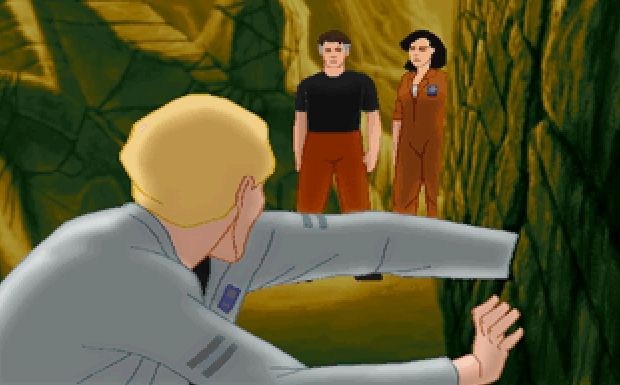 What do you think? Do you get the same feeling that Telltale is stuck in a graphical rut? Or are you just fine with the way their games look, similarities be damned?